"I don’t think it’s giving up," Shulkin said of the homelessness goal. "This is learning along the way, and I think when you attempt to do something ambitious, you are likely to learn."

VA officials said they have already discussed the shifting targets with HUD and the U.S. Interagency Council on Homelessness to better coordinate efforts. Other housing advocates said they are not alarmed by the change.

"How VA is talking about this now may be inartful, but probably a better depiction of where we all want to go," said Kathryn Monet, CEO of the National Coalition for Homeless Veterans.

"There have been changes to benchmarks and criteria of how to define these goals. The biggest concern of ours is whether the public advocacy for reducing veterans homelessness continues."

The veterans homeless pledge was a key promise of Barack Obama’s presidency, and was followed by years of White House focus on the issue and routine funding boosts.

Since 2010, more than 480,000 veterans and family members have received housing assistance from the department. Federal officials have certified 52 metropolitan areas and three states — Virginia, Delaware and Connecticut — as essentially ending homelessness among veterans by providing adequate shelter and rapid response programs for every impoverished individual.

But Shulkin acknowledged that problem areas still remain. Nearly one-fourth of all the homeless veterans in America are living in California, and about another 25 percent are in six other states: Texas, Florida, New York, Colorado, Washington and Oregon.

He said targeting those regions will be a priority in the coming years, as officials look for ways to help hard-to-reach populations. 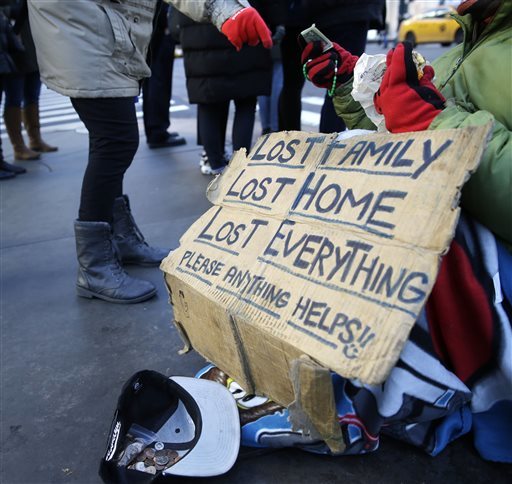