Stand up and fight Racism

Stand up and fight Racism

The funds raised will help us bring Unishippers to justice and put a stop to the harassment and discrimination from ever happening to another employee again. Help stand up for what is right and fight back!

The Civil Rights Act of 1866 made blacks full U.S. citizens. In 1868, the 14th amendment granted full U.S. citizenship to African-Americans. Then the Civil Rights Act of 1964, which was signed by President Lyndon B. Johnson. Title VII prohibits employment discrimination based on race, color, national origin, religion, and sex. We have come so far in this country to allow people of color the freedom and equal opportunity that so many take for granted. Our ancestors have been beaten, enslaved and killed so that we may stand on equal grounds without fear. So that we may speak freely and live free of discrimination and harassment.  Sadly to this day, our country is still filled with hate, harassment, and discrimination against people of color. I was the top salesperson in 2019 bringing in over 1.5 Million in gross margin for the company and  I experienced this first hand when my former employer Unishippers & WorldWide Express promoted and encouraging this in the workplace. Unfortunately, it did not stop there and continued far beyond my employment with them. In less than 1 year 14 employees quit my team and over 27 Employees in our division quit due to the hostile work environment.  I was one of them but was the only one to voice my opinion before being forced out because I spoke up and stood up against what was wrong.  I repeatedly addressed the issue with the president, directors, and management of the company.  But this only brought more hate and discrimination towards me for speaking out. Which lead me to write this resignation below. 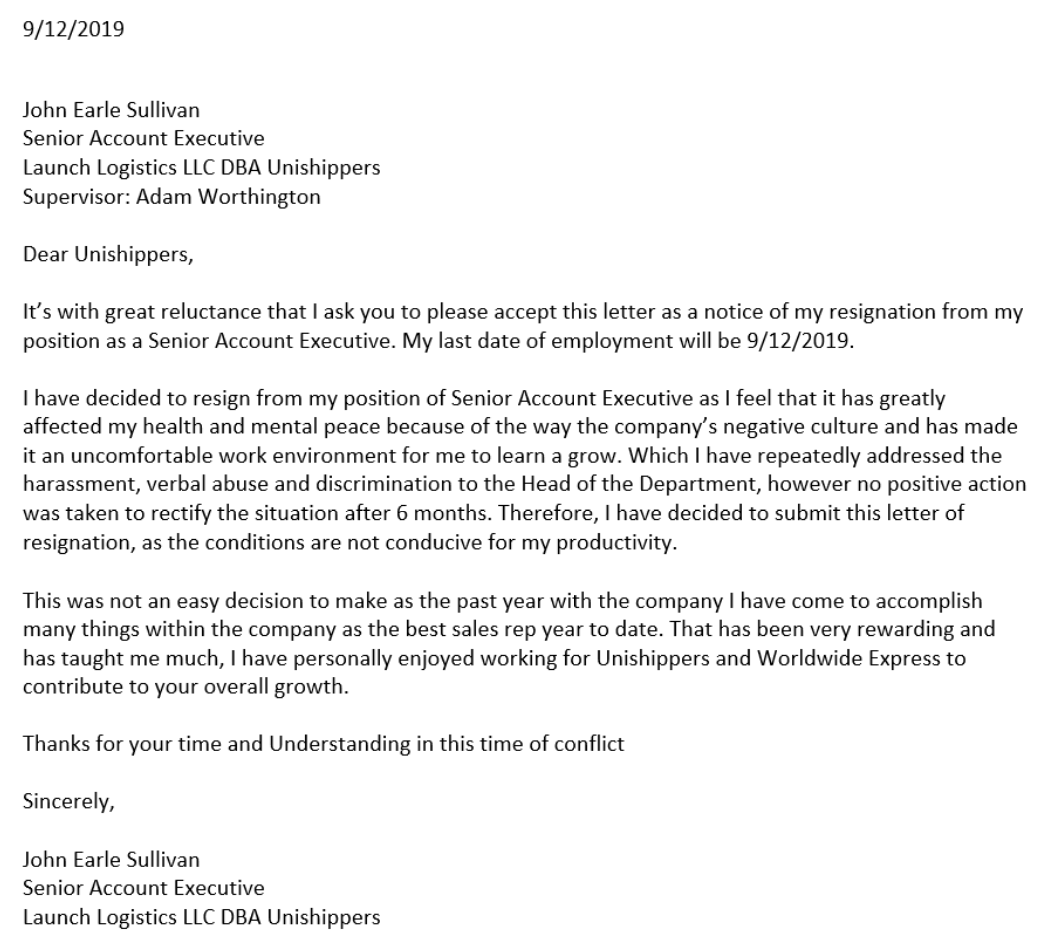 The funds raised will help us bring this company to justice and put a stop to the harassment and discrimination from ever happening to another employee again. Help stand up for what is right and fight back so that we all may be treated equally. You can make a difference and I know so many people who don't have the courage to speak out against what is wrong will appreciate your support.  Whatever the amount $5,$10, or $100 it will go along way, please take the time to donate and support a cause for the good! God Bless you