Soup kitchens to help deliver food to homeless isolating in

Soup kitchens to help deliver food to homeless isolating in

Soup kitchens in Nottingham will be helping deliver food to rough sleepers who are being put up in hotels.

The growing coronavirus pandemic, which has now infected 268 people across Nottinghamshire, has affected the city's homeless population and those working to help them.

Due to fears the virus may spread easily in large groups, soup kitchens - which can typically feed groups of more than 70 people at one time - have mostly decided to cease all operations.

However, volunteer groups are looking to find ways in which they can help those most in need during the lockdown.

The city council, Framework and Emmanuel House are working to help get people on the streets into hotels to self-isolate, and co-founder of the Blind Eye soup run, Darren Lightfoot, said he is now in talks to deliver food to people living in the hotels.

"We felt the risk is even higher and has grown," he told Nottinghamshire Live.

"It would only take one tragedy of a homeless person contracting it and it would only come down on us.

"It was a difficult one but we knew it was the right call. But there is a lot of work going on in the background.

"We've got to come together."

Mr Lightfoot, who set up Blind Eye with a colleague, Graham Cooke, said he has been in touch with the city's rough sleeping coordinator, Kim Pike, who has been working "so hard" to get people into accommodation - such as hotels.

He added: "The main thing that the soup runs are trying to do is provide soup runs for people in the hotels.

"There is enough people that can cook the food and deliver it. Hopefully we can hold the fort together."

Blind Eye conducted its last soup run in the city on Sunday, March 22, the day before a lockdown was enforced.

Around 30 people attended to get something to eat. 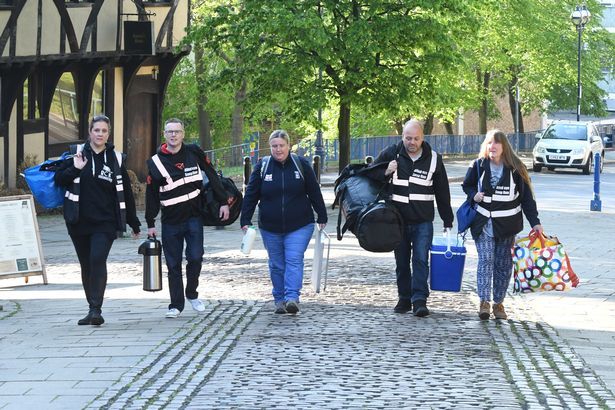