A Sanctuary Destroyed and Dogs Murdered

A Sanctuary Destroyed and Dogs Murdered

Dogs were seized and murdered! Funds are needed to help fight the injustice that has occurred. I gave up everything in an effort to save & protect these dogs, only for them to be murdered. My entire life along with th...

MCSO Misconduct, including Sheriff Penzone. Misconduct that resulted in the seizure, forfeiture and death of several dogs rescued by Shelter Paws.

On Oct 4th, 2018, MCSO conducted an illegal search. The rescued dogs were seized from Shelter Paws with no probable cause. A search warrant was issued AFTER the illegal search. MCSO utilized knowingly false statements to obtain a search warrant. Knowingly false statements that were ignited by a smear campaign, conducted on Facebook and the news media. 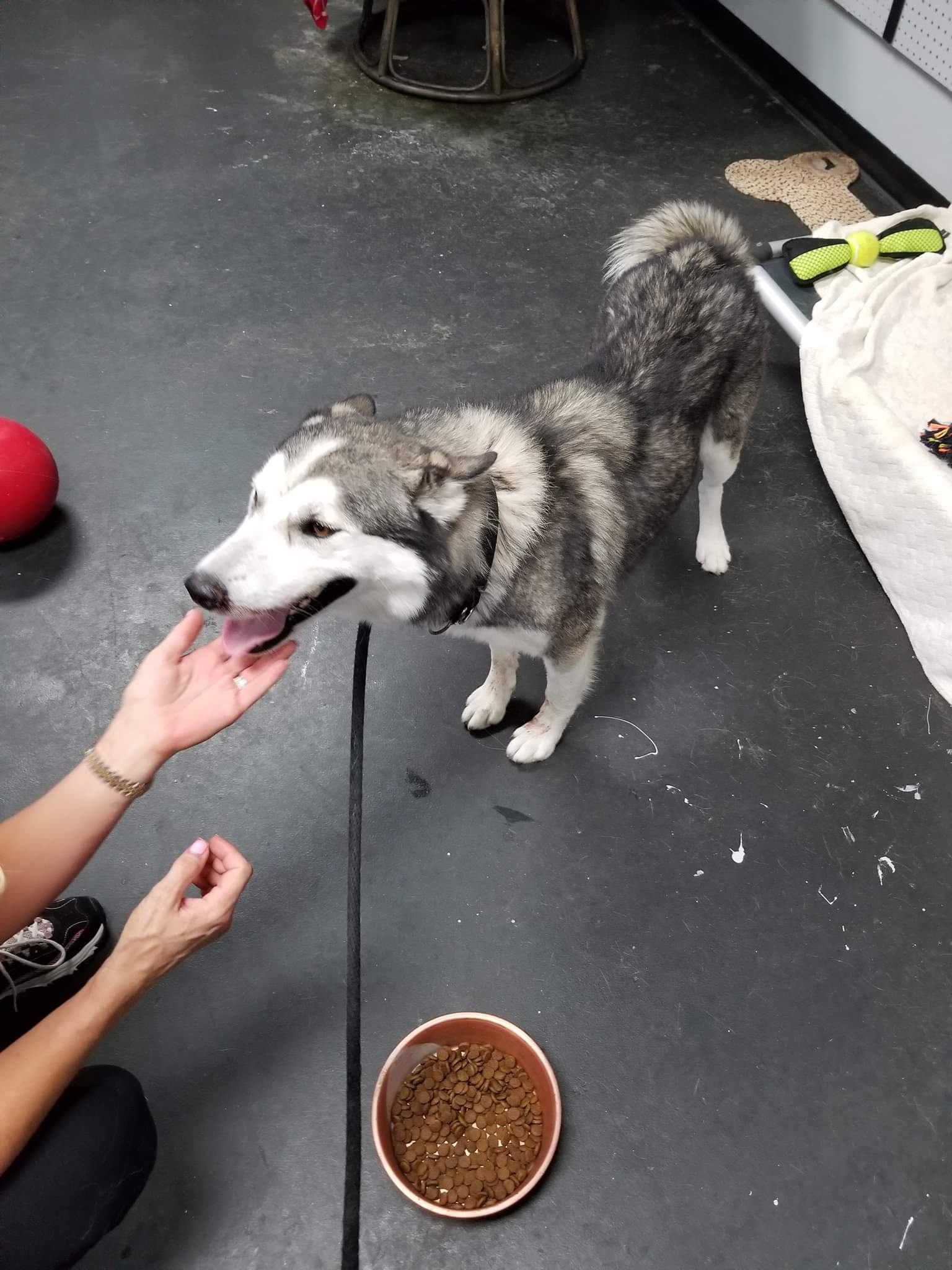 This is Balto at the shelter he was seized from. MCSO and those behind the smear campaign said Balto was abused, starved and covered in feces and urine. Check out Balto just days before the seizure. As you will see, he just got a bath! And, hmm, isn't that food? 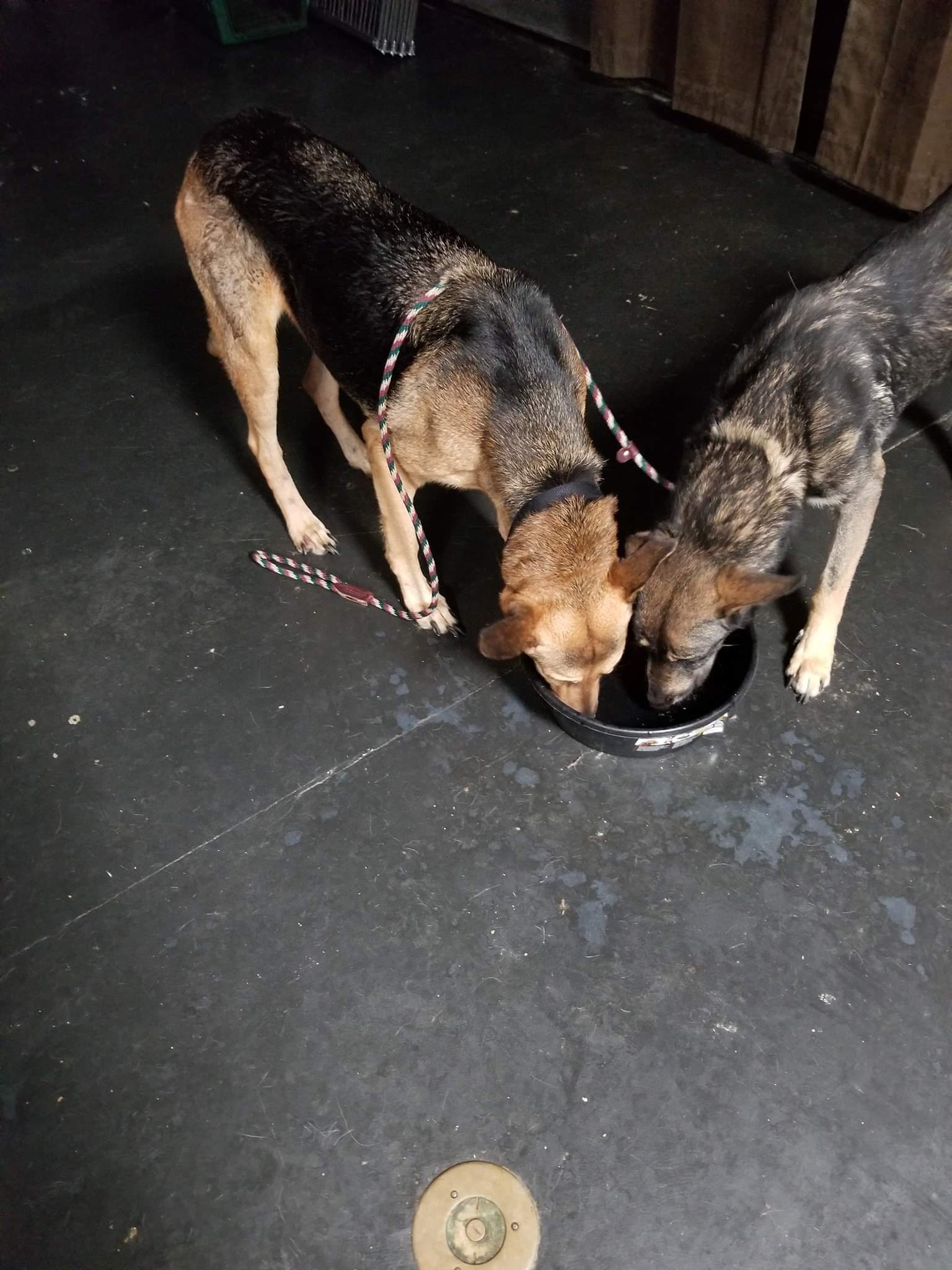 As you can see, the dogs from Shelter Paws were socialized and well cared for, unlike the false rumors and lies that were told.

Two years later, Sheriff Penzone is still LYING to the public. The dogs from Shelter Paws were not abused at Shelter Paws, or by Domenic Asprella. One of the many lies Sheriff Penzone shared to the media. Any abuse that occurred was before the dogs were rescued by Shelter Paws. That is the reason many of them had behavioral issues, which is why they were placed on the euthanasia list to begin with -- before being rescued by Shelter Paws. Asprella worked deligently to rehabilitate those dogs, over 80 hours per week without ever drawing a salary. A court has ruled that the dogs were not abused by Asprella. Nor did any fraud occur. Bank records obtained by MCSO show the accurate income and expenses. That material evidence was not presented to the Grand Jury. Therefore, the grand jury returned an indictment.  The indictment has been quashed and the case has been remanded to the grand jury. After the court dismissed the case and changed it's ruling to remand. Should a re-indictment occurr, a remand motion will follow.

The Shelter Paws case was fueled by lies from a smear campaign. Exculpatory evidence, which would have exonerated Asprella was withheld. None of this evidence, was presented in the forfeiture hearing or to the Grand Jury. MCSO testified to outright lies, falsehoods and misleading information in both proceedings. Deceptive and manipulated photos were also used as evidence. The Shelter Paws dogs have been exploited by Penzone and others for personal and political gain. Several of those previously rescued dogs have been killed by MCSO, all while living in deplorable conditions at MASH, awaiting their execution. The greed and corruption of MCSO, including Sheriff Penzone and those behind the smear campaign resulted in their deaths. Not by Asprella, as the public has been led to believe.

Sheriff Penzone exploited these animals for financial gain and to further his political agenda. Funds were solicited and millions of dollars was raised to benefit these dogs, but several of the Shelter Paws dogs were murdered. 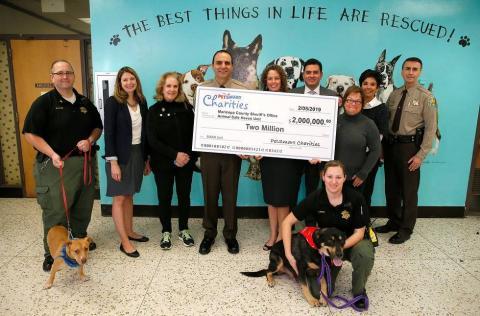 Asprella's rights have been violated, dogs were MURDERED and a sanctuary has been destroyed due to greed and corruption! Those behind this malicious attack will soon be exposed. As mentioned below, much more than a sanctuary was lost.

This campaign has been created to highlight details of this case and tell the story of how a journey to create a sanctuary was violently dismantled. Should you want to assist, additional FACTS will be provided on our website -- along with photos and videos. We invite you to follow this story for the truth, not rhetoric.

Shelter Paws was a rescue organization, a New Hope partner that saved dogs from the euthanasia list at MCACC. Dogs deemed aggressive, under-socialized, fearful, and medical cases that were in imminate danger of being killed by MCACC due to kennel stress, behavioral and/or medical issues. They were rescued from death, provided with daily food/water, shelter, training, socialization and a caring heart. Many were rehabilitated by Asprella, and many went to loving homes. Those that were not ready to be re-homed were on the way to the sanctuary for further rehab and/or until a suitable home could be found -- or they could remain at the sanctuary, where they were provided with food/water, vet care, daily social interaction, insulated home like cabins (with A/C and Heat), comfy beds, private yards -- and much more! All without the stress of a kennel environment or the fear of being dumped, discarded or euthanized, a place where they could simply be dogs and enjoy life. The sanctuary was days away from completion when the seizure occurred. In fact, the Shelter Paws sanctuary did get completed, and was operational for almost a year. Some dogs did get to enjoy time there and loved it. Read their story along with photos and videos below. Sadly, the ones murdered by MCSO will never have that opportunity.  Asprella invested his heart and soul into creating a forever home for these dogs -- a forever home that MCSO and others destroyed. Over $250,000 of Asprella's own funds went towards the Shelter Paws mission and the sanctuary. The Shelter Paws sanctuary was destroyed by malicious humans with a motive, and no regards for the animals. This battle has cost Asprella tens of thousands of additional dollars in attorney fees. A significant amount of debt has also been incurred and the fight is not over. Any assistance is greatly appreciated.

Life At The Sanctuary

Meet the dogs that were living at the sanctuary! Get an inside look at the wonderful life that was taken away from the Shelter Paws dogs. 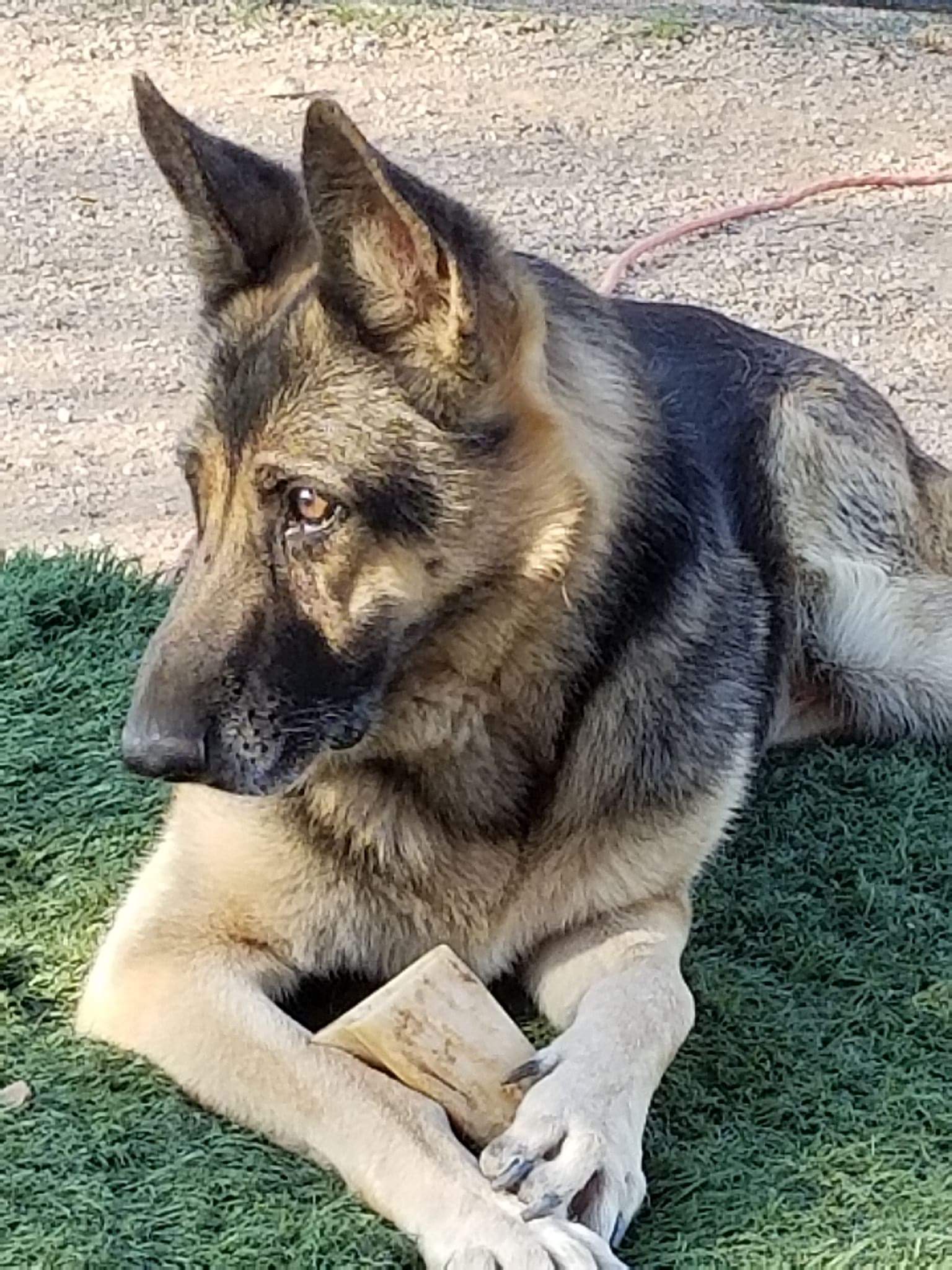 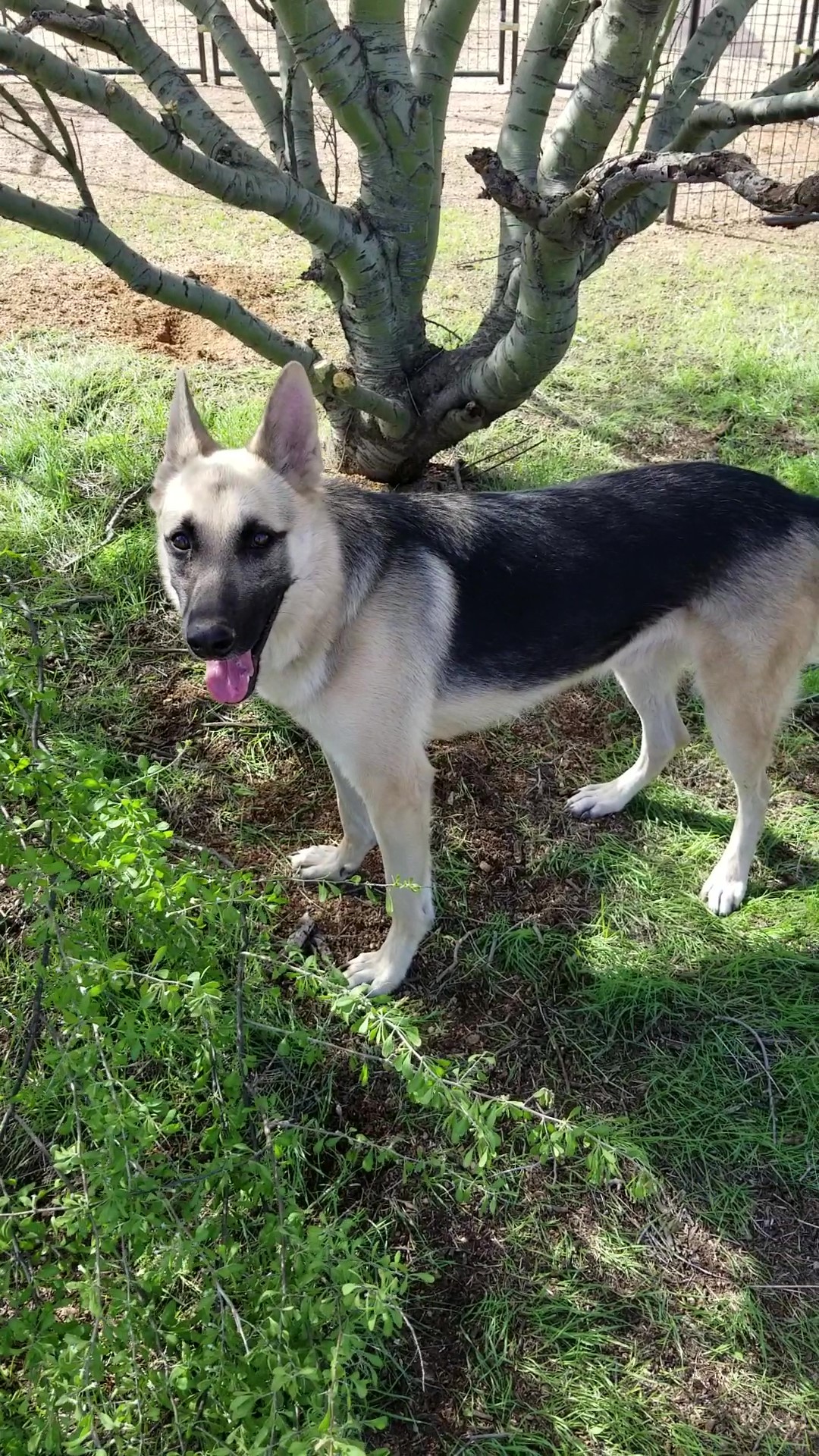 Dogs were murdered by MCSO. An organization with an abundance of resources killed dogs that were unlawfully seized. Ripped away from a forever home that was days away from completion and executed by Penzone. Justice for these innocent dogs is in order. Their story along with photos and videos will be posted soon.

1) Additional lies told by Sheriff Penzone. It's all on record.

5) The motive behind the smear campaign and the people that orchestrated the entire thing. Including a failed civil lawsuit that was deemed "frivolous" by the court.

Here's the recent "gossip" by that group trying to explain why the case was dismissed / remanded.

"MCSO doesn't have experienced detectives, it's all their fault and they messed it up."

They KNOWINGLY lied to the grand jury about income and expenses to secure an indictment, which was later dismissed by a court. Fraud never occurred, nor do any fraud charges exist.

A sanctuary was DESTROYED and dogs were MURDERED! Those behind the smear campaign continue to post lies in order to deflect and assert their narrative. Despicable to say the least.

Why Are Donations Needed?

The devastation this has caused is unconscionable. In an effort to save dogs from death, protect them and keep them safe from the true monsters, I've lost everything. The sanctuary, the rescued dogs, my house, car, business and even my beloved pets. Your help is desperately needed. Any amount is greatly appreciated and will help continue to fight this legal battle, cover day to day expenses and help rebuild my life. Thank you!