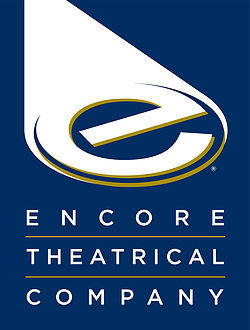 Support Encore Share
This campaign is unable to receive donations at this time.

Encore Theatrical Company has taken the talented youth of the Lakeway area to iTheatric's Junior Theater Festival for 4 years. JTF, which is held in Atlanta every January, "brings together people from all aspects of theater, ranging from students and teachers to Broadway professionals, under one roof to celebrate outstanding student musical theatre productions." Since Encore's debut at JTF in 2014, they have taken home countless awards, including two awards each for Excellence in Acting and Outstanding Performance by a Male Actor, and awards such as Outstanding Performance by a Female Actor and All-Festival Best Female. In addition to the festival, these actors and actresses travel across the Lakeway area to perform their award-winning show for the community for free to show other young people the importance and power of theatre. This year is no different, as Encore's Young Stars will be taking Disney's "The Little Mermaid JR." to JTF in January 2019 and to a theatre near you soon afterwards. However, no show comes without expenses. It often gets expensive to produce, craft, and perform a show. On top of registration and lodging fees to perform at JTF, there are costs associated with licensing the show; creating sets for the show; and traveling around the area to perform the show. Unfortunately, these costs often fall to the parents of the kids and the Encore volunteers who wish to help with the show. As a result, some of our wonderful talent are unable to participate in this program due to the costs associated with it. If the fundraising goal of $1,000 were met, this would account for most if not all of the travel and production costs of the show, with the remainder of the proceeds to go towards registration and lodging fees at JTF. This will allow more kids in East Tennessee to experience the magic of theatre and all it has to offer. When you donate, you can rest assured that your money is going directly to help these children live out their passions and bring theatre to the Lakeway area and will be the ground floor of a self-sustaining program that will bring the youth in our area the joy of theatre and performing for years to come.