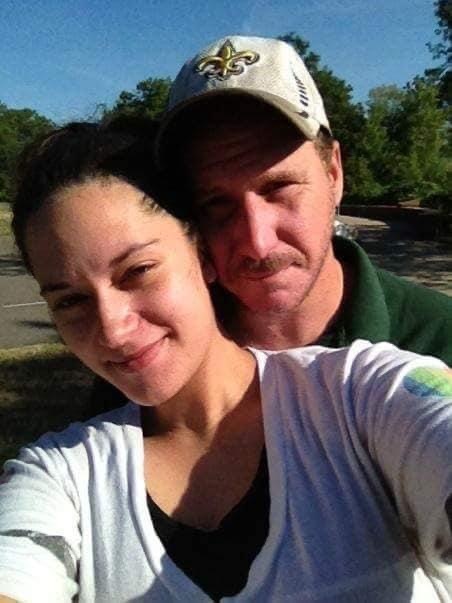 Raise your ‘Hands’ for David

Raise your ‘Hands’ for David

On January 5, my love of 9 yrs passed away unexpectedly due to COVID-19 and an undetected heart condition at 46 yrs old. I am trying to raise money for funeral expenses as well as a savings fund for our 7 yr old son.

In March 2012, I met a man like no other. We went through ups and downs together, faced many hardships and trials.On August 30,2013 we brought a beautiful miracle boy into this world. David Marcus Jarvis III, after his father and grandfather. Our world was complete. Always leaning on each other, we made it through all of life’s struggles with more respect and admiration for each other with each one. Then the worlds crashing down on me. On January 5, 2021, my best friend, future husband, and the father of my child passed away. He was in the ICU alone for the 9 days prior, and the doctors were puzzled. He had pneumonia due to Covid-19. He also suffered a stroke while in the ICU. They found that his heart was very weak, later diagnosed as congestive heart failure. After days of improvements, declines, and battling multiple severe health conditions, David’s heart had given up. His family, his son, and I were unable to see him while he was awake. I saw him When he was placed on the ventilator and again after he had passed. David was alone and felt irrelevant much of his life, suffering from mental as well as physical health issues. I am trying to raise awareness and money for his funeral, memorial service, and for our only son to have a fund specifically from his daddy, who didn’t have much to give. He was an amazing person who would give the shirt off of his back, and fight for what he believed in. Buying a meal for a homeless man, paying for a soldiers haircut, picking up a hitchhiker, you name it. I watched this tough guy show his kind heart so many times, and fell more in love each time. Our son lives with his aunt out of state, and because of COVID, cannot even attend his fathers funeral. This pandemic has taken so much from so many, but it has robbed us of any kind of healthy grieving. Yet with the help of God, we are trying to accept our loss and remember him with The dignity, joy, and pride that he deserves. He was not a perfect man by far, but he was a good man. We had to cremate him due to financial reasons, and the least I want to do is honor his memory with a celebration of life to show the love and support he didn’t know he had!! Also to allow us to come together, mourn for his death, and rejoice in his life. We were not ready, but God sure was! Our son has handled it so bravely and maturely that I know his daddy is proud as he always was! I couldn’t imagine. He was all I had, and now he is gone. My heart will never be the same. But if I can just show my love in a big way and push through this challenging time, I know he will be smiling at me from above. I was left with debt, bills, and a lot of pain. Most importantly, our son was left without a father at such a young age. I would appreciate any help that we receive. It is much needed. God Bless. Never take time with your loved ones for granted. For we never know when it will be the last and all we have is memories, both good and bad. Let there be more good!!