NOlympics LA is going to Tokyo to join an unprecedented transnational coming together of anti-Olympics organizers, centered around protests and occupations led by our comrades in Japan against the 2020 Olympics.

Any city can reject the Olympics and tell the IOC that it doesn’t want the displacement, the financial devastation, the increased policing, and the corruption that comes with hosting the Games. But what does it look like for a coalition of allies from across the globe to get together and tell the IOC together, in one voice, that we will not abide the Olympics anywhere?

NOlympics LA wants to answer that question. And we need your help.

Our comrades in Tokyo (HanGorin No Kai - 反五輪の会) have been on the frontlines of this battle. In July — one year to the 2020 Games — they will stage a series of protests, occupations and academic symposia centered on the effects of the Olympics on residents of Tokyo. Anti-Olympics organizers from host and bid cities — past, current, and future —around the globe will participate. We need your help to send representatives from LA to join this unprecedented transnational coming together of anti-Olympics organizers.

We're raising funds to create a coalition of organizers and leaders in communities directly affected by the increased state violence, mass displacement, and cuts in public funding that the Games bring to whatever city they descend upon. And we are battling a global organization filled with CEOs and literal European royalty, funded by dozens of Fortune 500 companies. This is as hard a fight as you can wage, and it is one we need to win. 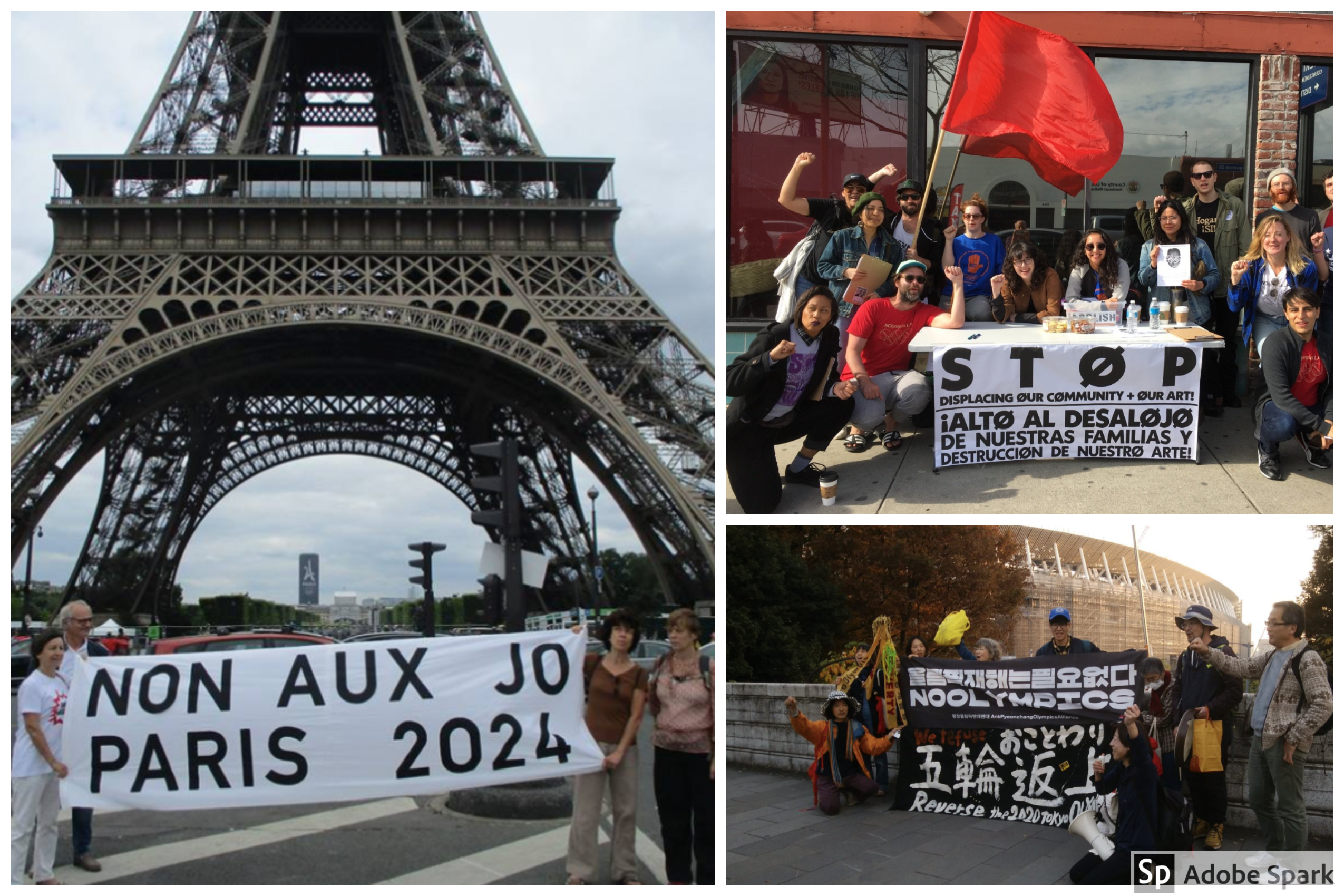 The NOlympics LA Coalition is a growing coalition of dozens of local organizations opposing the controversial LA 2028 Olympics. We know the Olympics destroy communities and kill cities. Regardless of how “successfully” they are executed, these “Games” will expose tens of thousands of our fellow Angelenos to incalculable risk and feed the problems which are already devastating and destroying the fabric of our communities today, while depriving us of the resources we need to make the city better. See our platform here. See a full list of coalition partners here.

Why is it important that NOlympics LA goes to Tokyo this summer?

The Olympics are a global project spearheaded and funded by transnational actors that hop from city to city and country to country without consequences or accountability. To fight the Olympics in LA, we need to be armed with the knowledge and allies to fight the Olympics globally. We have a lot to learn from cities who have hosted or will host the games before us, and have been invited by organizers in Tokyo to share our experiences and strategies so far. In fact, this coming together of anti-Olympics organizers from so many host cities and bidding cities in recognition of that need for a transnationally linked and informed struggle will be a historic first. This is an unprecedented coalition coming together not just to push the Olympics out of an individual city or country, but to say that the Olympics in their current form should not exist anywhere. The participation of representatives from all affected cities is a must.

Why is it important that members who could not otherwise afford to go are there?

The NOlympics coalition covers a wide range of partners and activists from across the Los Angeles region. We believe that the Olympics vision for Los Angeles is one that is exclusionary, priotizing the wishes of the wealthy over the needs of the working class. Many in our coalition could not afford to fly to Japan, but their presence in these working groups and protests is crucial to ensure that the global anti-Olympics movement is rooted in those who are most affected by Games.

Some of the people who have the most to share and gain from an international collaboration cannot afford to fly to Japan. We want your help to ensure these collaborations still happen to help create a global anti-Olympic network, and bring back to Los Angeles the lessons learned by those from across the globe who have successfully opposed the Olympics, or have fought to minimize the deleterious effects of having the modern Olympics occupy their cities.

In short: opposing the Olympics is an uphill battle against forces of global neoliberal capital with bottomless financial reserves. We have the truth and the needs of the working class on our side, but to fight we still need a little bit of money.

What will your money do?

Our goal is to bring a total of nine comrades from LA to Japan for this event, fully funding five who are not able to self-fund or secure institutional funding for their travel. Three of the five will represent different organizations from within the NOlympics coalition, including Strategic Actions for a Just Economy (SAJE) and the LA Tenants Union (LATU). Additionally, in order to collaborate as effectively as possible with our comrades in Japan, it'll be crucial to support a bilingual member.

- on the ground expenses, such as transport around the city and translation costs ($1,000) 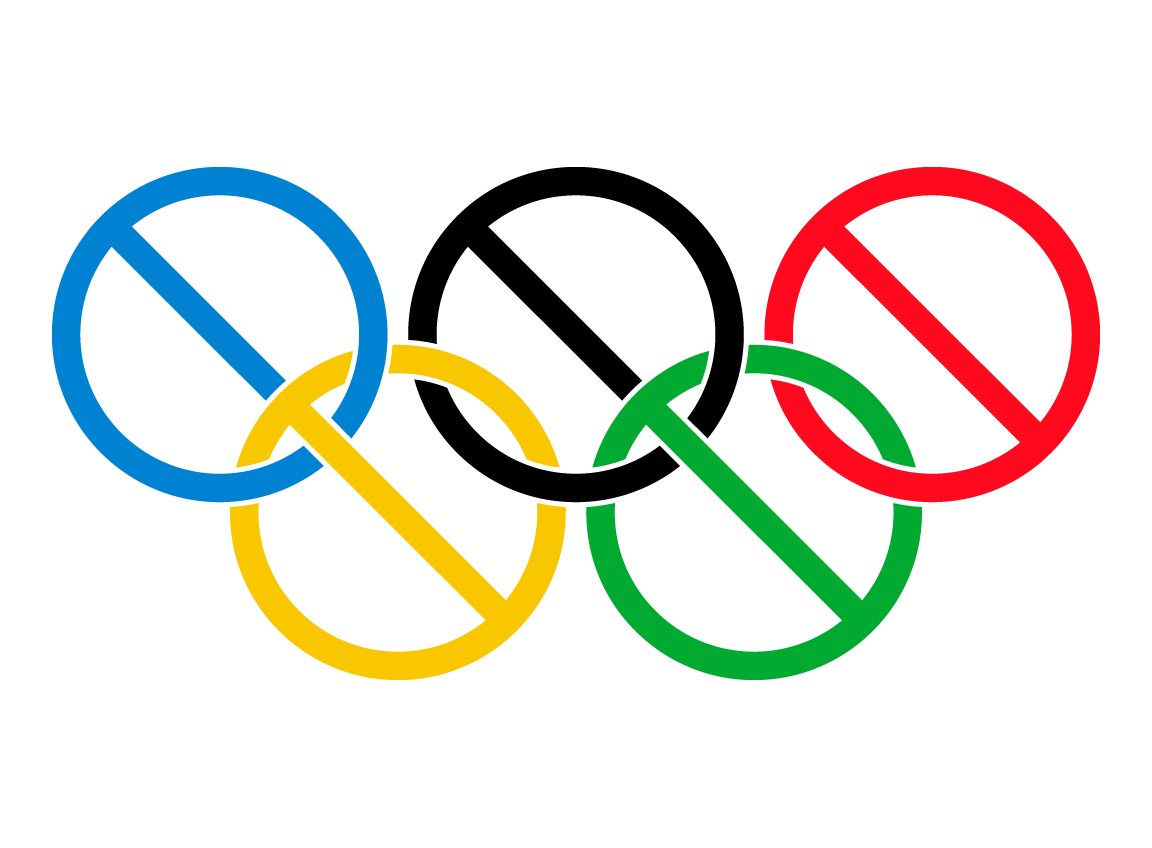 So what is the alternative to the Olympics? SWOLESCIALISM.

Check out our new video highlighting the history of socialist sports competitions, and throw some cash our way to help uproot the most corrupt of global sporting events. https://www.youtube.com/watch?v=Iz8h59RlkkI

To celebrate, here's the image of the fundraiser T-shirt design, illustrated by our allies Hangorin no Kai in Tokyo.

The shirt will ONLY be available through this fundraiser and will be printed in a union shop in Boyle Heights.

In order to receive this shirt, you *must* donate $50 or more to this campaign. If you have already donated less than that (but want the shirt), just send a second donation of the difference.

Thanks so much for your support!!!