Completion of the first rigorous scientific study of Neurofeedback to treat children with histories of trauma, abuse and neglect. Conducted at The Trauma Center@Justice Resource Institute, Inc.

Today is a very important day. Your generosity has allowed us to reach our goal and move forward on the first randomized control neurofeedback trial for traumatized children. In my book, The Body Keeps The Score, I have documented how early childhood neglect and trauma is the largest public health problem in the US.

While a handful of people are aware of the unique capacities of neurofeedback to change the life course of traumatized children, without solid scientific evidence to substantiate case histories and anecdotes, it is likely that the vast majority of these children will never live up to their full potential.

This is just the beginning! I hope I can count on your continued commitment to this enterprise.

Thank you so much for your help.

Why we need Neurofeedback Research

Every year 3 million children in the US are reported for abuse or neglect. Trauma, abuse and neglect affect the developing brain, resulting in difficulties concentrating, regulating emotions and problems engaging in satisfying relationships.

The US Center for Disease Control and Prevention has labeled this our largest public health issue, resulting in chronic unemployment, family violence, drug addiction, incarceration, and vastly increased utilization of medical, social service and educational resources. Currently, these kids receive a large variety of different, seemingly unrelated, psychiatric diagnoses, but our studies have clearly shown that at the core are problems with focusing, sustained attention, and modulation of anger and agitation – in short, with executive functioning and "self-leadership".

Currently, many of these kids receive psychiatric medications– in fact, in 2014 alone, American children received $18.1 billion worth of drugs. While medications may make children more manageable they act via the dopamine reward system in the brain, which is also the source of motivation and curiosity. It therefore is no surprise that children on antipsychotic medications are at high risk to drop out of school and grow up to be non-contributing members of society.

Changes in an 8 yr old child's family drawings over the course of 40 sessions of NF treatment.

The development of alternative treatments to reverse the damage resulting from early abuse and neglect should be one of our highest priorities. One of the most promising interventions is neurofeedback, a method that collects brainwave activity from electrodes pasted on the skull, displays it on a computer screen, and modifies brain neural circuits by playing computer games. Neurofeedback has been around for approximately 30 years and has been used effectively for the treatment of Attention Deficit Disorder and depression, and also has been used extensively for performance enhancement, in music conservatories, and athletic teams such as the soccer club AC Milan, the Vancouver Canucks and the Canadian Olympic ski team.

About 8 years ago we started to systematically study neurofeedback for that treatment of PTSD. Even though numerous skilled practitioners have used neurofeedback for years, and even though a vast number of research papers have been published (most in rather obscure journals), it has never been scientifically proven that the brain disturbances caused by trauma, abuse and neglect can be significantly improved with the help of NF.

Because of lack of solid research, NF is currently is not widely available, and not eligible for insurance reimbursement, putting it beyond reach for most caregivers of abused and neglected children.

We started to investigate the potential of NF by doing a carefully controlled study of 24 adults with PTSD secondary to childhood abuse and neglect. We targeted decreasing excessive activity in the Right Temporal Lobe (a part of the brain involved in the experience of intense emotions) with twice weekly sessions for twelve weeks. This resulted in a 40% drop in PTSD symptoms, and a marked increase in executive functioning (the ability to anticipate the consequences of your actions, plan for the future and organize your thinking) in a group of people that up to then had failed to respond to any other form of treatment. The results of that study have been submitted for scientific peer review to a highly reputable scientific journal.

These results are particularly important because no other treatment method has shown being able to produce an significant improvement in executive functioning in traumatized children or adults. Since the capacity for executive functioning is essential for being able to function in school, work and relationships, these studies hold out the promise of making a significant difference in the lives of hundreds of thousands of Americans who are likely to function better, lead more productive lives, and to become less of a burden on society at large.

In order to make Neurofeedback widely available a great deal of work needs to be done. Over time, we need to demonstrate the following in a rigorously controlled scientific way:

1. That neurofeedback is effective for the particular problems that abused and neglected children suffer from (roughly captured under the rubric of Developmental Trauma Disorder).

2. Who benefits from it, and who doesn't. What are the limitations of NF?

3. What specific forms of neurofeedback (various instruments, localizations, frequencies, etc.) are most effective for children with different symptom patterns?

4. What are the specific effects of neurofeedback on brain action, neuronal connectivity and neuropsychological functioning?

The currently ongoing child study for which we request funding is relatively simple. A small donation from a private donor has allowed us to start studying children with histories of severe abuse or neglect between the ages of 8 and 12, most of whom have been adopted into stable families in the Boston area. After doing mini-brain mapping, we provide these children with 24 sessions of T4-P4 neurofeedback, administered by our well-trained staff that's also was part of our previous adult neural feedback study. As of this writing the first 14 children have completed 20 sessions of treatment. We need to enroll at least another 30 children in order to achieve meaningful statistically significant results. The control group consists of an equal number of children with similar problems, who receive Heart Rate Variability training, a method that is thought to stabilize arousal indirectly by working with the breath, utilizing emWave from Heartmath, a form of biofeedback.

We collect self-reports from both the children and their caregivers before and after every session, and they are thoroughly assessed be our stff before entering the study, after 12 sessions, at 24 sessions, and again 3 months later measure specific changes, and to see to what degree any observed at the end of active changes persist (i.e. to what degree we are able to bring about lasting brain and behavior changes).

How you can help

We are currently looking for funding to complete the 2nd part of this study. If the results of this child study are as positive as those of our recently completed adult study, the combination of these two studies is likely to lead to the following:

1) Greater attention to neurofeedback as an effective way to helping countless children to become functional members of society.

2) Willingness of insurance companies to reimburse for this treatment,

3) More practitioners being trained, and for this method to become more widely available

4) The creation of collaborative networks of basic neuroscientists, mechanical & electrical engineers, and clinicians to develop better technology and gain a greater understanding of how trauma and neglect affect the developing brain, and find ways to reverse the damage.

We will need $150,000 to complete the study over the next 24 months given the inevitable pacing of recruitment. The study is a RCT study with a WL-control design.

With this design we eventually hope to make a significant impact on the treatment of vast numbers of children in our society. 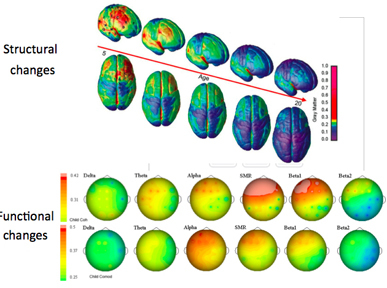 Bessel van der Kolk M.D. is the author of the New York Times best selling book The Body Keeps the Score: Mind Brain and Body in the Healing of Trauma.

He is the founder and medical director of the Trauma Center @ JRI in Brookline, Massachusetts. He has devoted his professional career to understanding how trauma and abuse affects the functioning of mind and brain. He was involved in the first neuroimaging studies of PTSD, the earliest drug trials for PTSD, and was funded by NIMH to research the efficacy of EMDR and of Yoga as effective treatments for PTSD.

Contributions made towards this research, less the value of any goods received, are tax-deductive as you are giving directly to a 501(c)3 non-profit organization.

The Community Foundation for the National Capital Region

Today is a very important day. Your generosity has allowed us to reach our goal and move forward on the first randomized control neurofeedback trial for traumatized children. In my book, The Body Keeps The Score, I have documented how early childhood neglect and trauma is the largest public health problem in the US.

While a handful of people are aware of the unique capacities of neurofeedback to change the life course of traumatized children, without solid scientific evidence to substantiate case histories and anecdotes, it is likely that the vast majority of these children will never live up to their full potential.

This is just the beginning! I hope I can count on your continued commitment to this enterprise.

Thank you so much for your help.

about 7 years ago
I'm so pleased you've reached your fundraising goal and can proceed with your study. I look forward to reading about your results.

Moved beyond words. Thank you for supporting this campaign. I am so heartened by people's generous support and commitment to help us define new treatments for traumatized kids. My gratitude knows no bounds.
- Bessel

about 7 years ago
The Psychophysiology Lab & Biofeedback Clinic @ ECU use psychophysiology http://www.youtube.com/watch?v=kDlKRA_vURk&feature=player_embedded

We really appreciate enormously the donations and support.

We have submitted our first paper, and are about to submit our second neurofeedback research paper. These two papers demonstrate with very careful scientific methodology the tremendous capacity of neurofeedback to improve affect regulation and executive functioning in treatment resistant adults with long histories of trauma. These papers are based on the previous research study that receded the current child neurofeedback study that is made possible by your contributions. WE will post those two papers on our website as soon as they are accepted for publication by the peer reviewed journals.

Dear Friends,
It has been a very busy summer. since the Trauma Conference, in May, we have passed the half way mark on this campaign! Thank you for your help and support thus far. We will be sending out books, pdf's, and audio files for donors soon. Please share this site with your friends and colleagues.

Exciting news about the study so far will be forthcoming in the next update. Until then,
Thank you,
Bessel

We've reached 25% of our Goal! And now we are busy getting ready for the 26th Annual International Trauma Conference. So excited to present the Neurofeedback Research 2015 campaign there. Looking forward to seeing many of you there. Thank you for your support!

For the official launch at the 2015 Trauma Conference in Boston:
Please watch and share our updated video where Dr. Bessel van der Kolk talks about trauma and the promise of neurofeedback as treatment.

Thank you again for your support.

Thanks to BALLUM FILMS & Avalon Hills for making this possible.