I'm raising money for my little brother, who is a Trans teen, to put a down payment on a fixer-upper home. All funds will go towards the Down Payment.

We have reached the $100 milestone! Thank you so much for your hard work, everyone! For this milestone, I created this whimsy wallpaper. I hope you like it!

Please keep sharing and reading. We love to have you here, and we hope you say hello :)

Should our next milestone be $200? Or should we make it higher??

Meet Andy! Andy is my little brother.  Andy wasn't always known as Andy. At one point, Andy was my little "Dora". Andy grew up in the same small town all of his life. 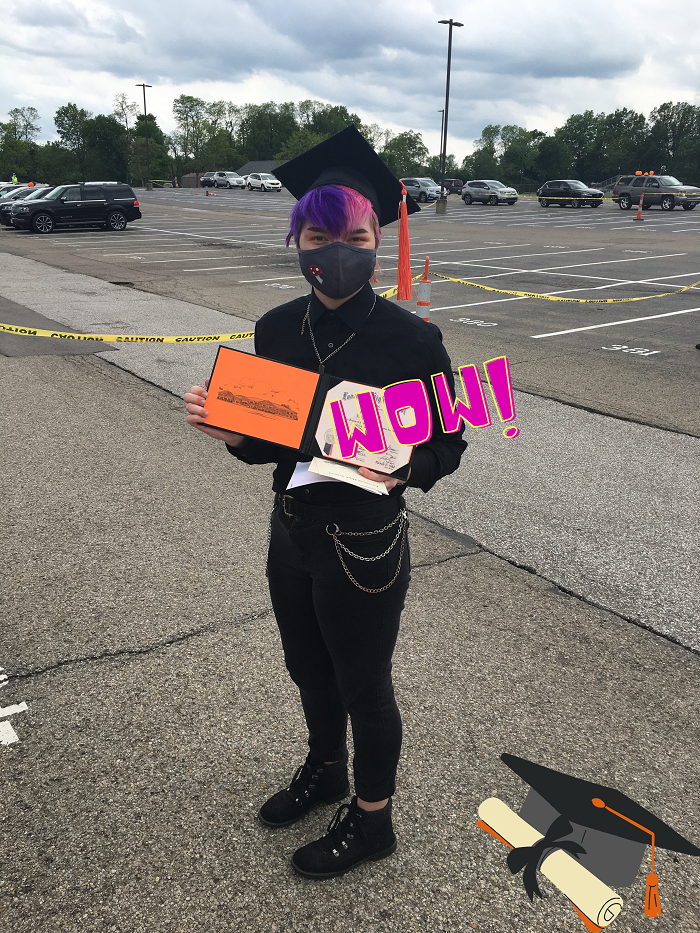 Throughout his life, Andy has always been full of creativity, kindness, and selflessness for anyone he comes across. He is an amazing artist and a violinist, and he was the Color Guard for Band while in High School. He has been involved with the Gay-Straight Alliance. Andy's interests have always been cosmos and science. He has always been ready to get messy with any projects we tackled together. He also has an incredible Green Thumb and has a knack for bringing plants in distress back to life. 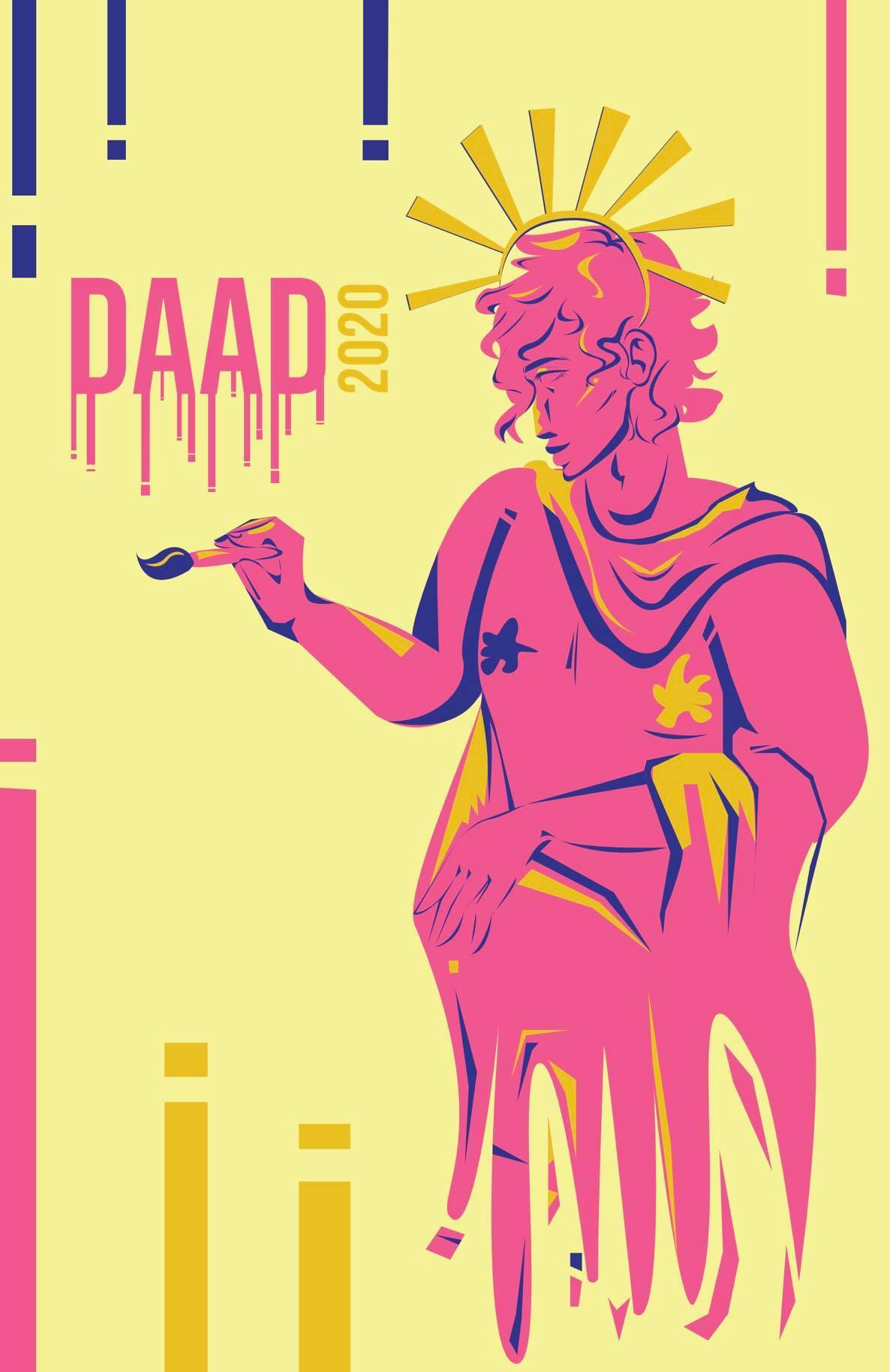 Andy is also part of the "Class of Covid-19" graduate roster, or in general boring terms, just Class of 2020, but as we know, there has been nothing boring about 2020.

And thus, his future plans got completely derailed. 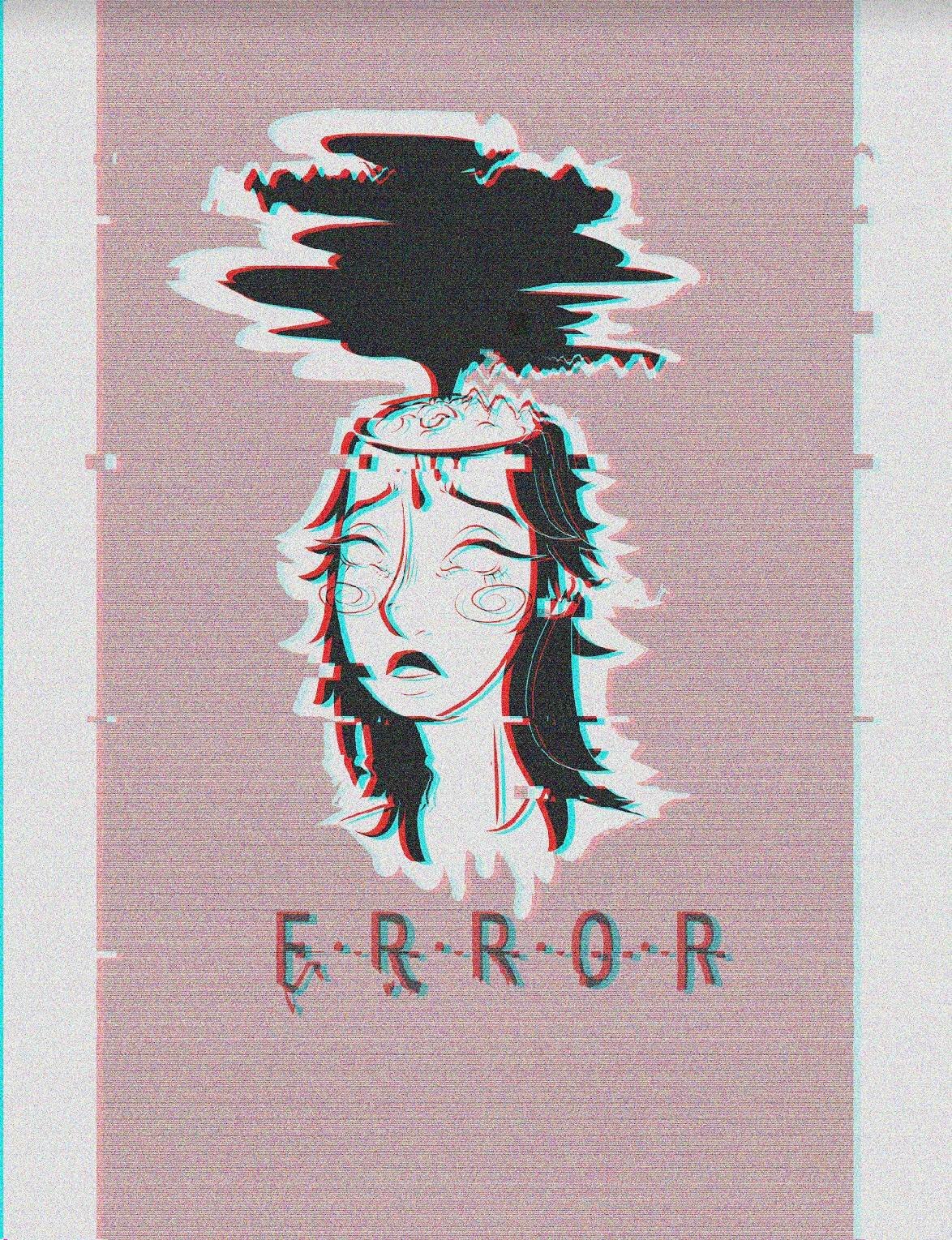 He started his Senior year at Live Oaks with motivation and hopes of finally graduating and heading off to Kent State University to study Aerospace Engineering in the Fall of 2020.  He was accepted in 2019. 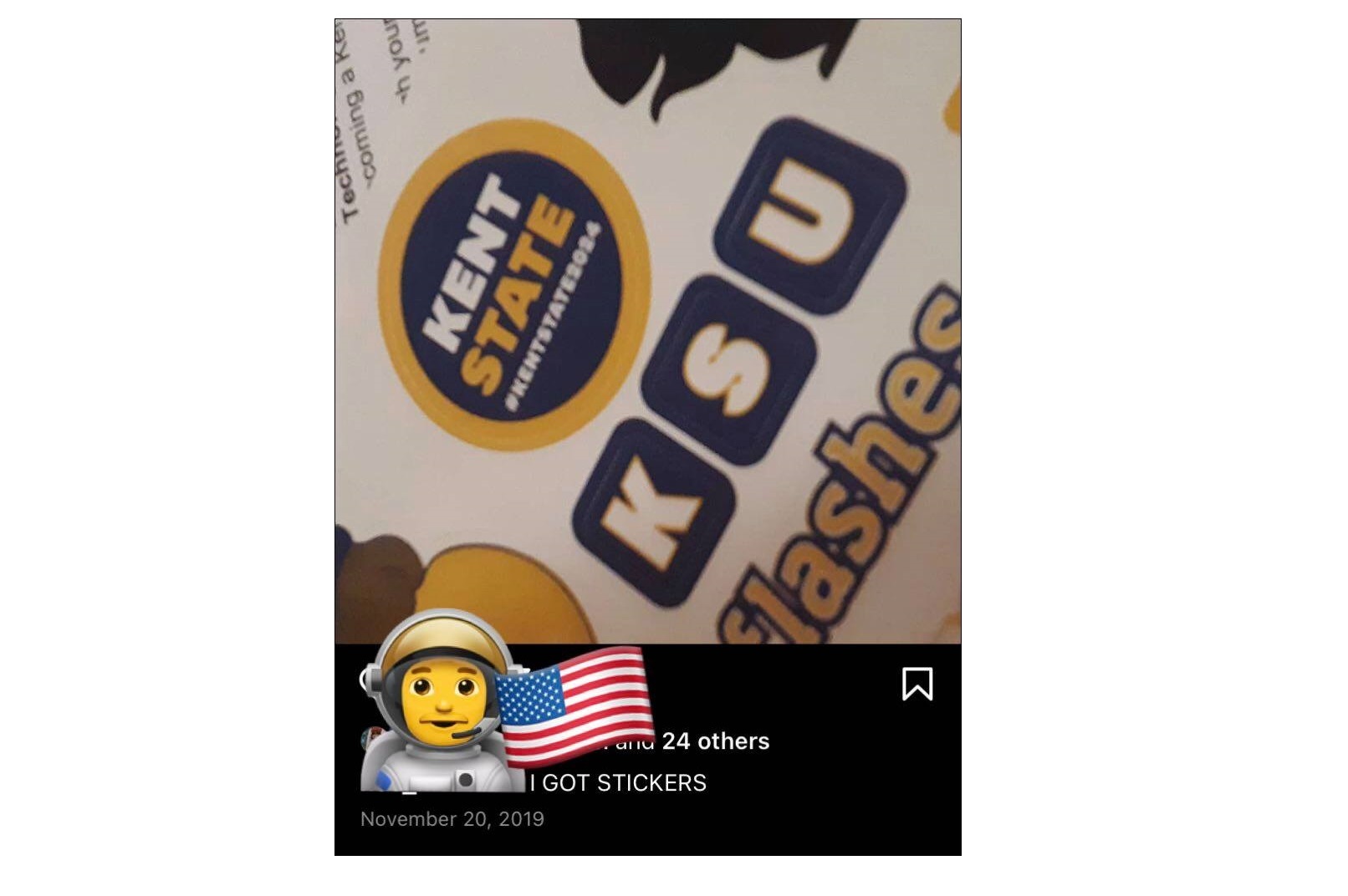 Once the pandemic was announced, he had to cancel his plan, especially with the uncertainty of work and lodging once there. As college campuses shut down across the nation, that uncertainty only grew. Starting college in a new city should have been a time of learning, growing, and enjoying independence. Instead, the whirlwind of the country shutting down so quickly shattered that dream for a significant amount of recent grads.

As he accepted the crushing news, he settled for attending one of the local universities. His plan now is to eventually attend the University of Cincinnati to attain his Biochemistry Major (unfortunately, these plans are on pause due to the lack of accessibility while living at home).

He ended up telling me that one of his mounting stresses was the possibility of him not receiving the refund for his cap and gown for the now-uncertain up-in-air Commencement.

I had the honor of attending the "Fauxmencement", a new moniker for this outlandish "era" we called the year 2020. His graduation "ceremony" was absolutely surreal and took less than 30 minutes. Upon arrival at the High School, rows of cars lined the parking lot between orange cones and were directed to park, one by one, every car skipping a parking space. Small clusters of families were quickly ushered to the giant "Socially Distant" balloon mascot to pose for photos outside the entrance of the High School. Afterward, each bundle of families disappeared into the hallway of the school, as the next family was "briefed" in the glass veranda. Being lead into the school, we were instructed to head to the auditorium and wait. The hallways were relatively quiet and filled with masked and muted voices of scattered teachers. They did their absolute best to smile with their eyes. As we were directed into the auditorium, the voices quieted into the empty rows of seats. Andy was called to the empty stage and given his Diploma, while the school photographer quickly snapped photos of him maskless for his Big Moment. He was so proud, and I remember welling up with tears and pride in seeing my sibling graduate with amazing grades and opportunities. And then the moment was over, and we were ushered out once again to the exit.

Watching 2020 unfold so badly for my brother, and hearing him remain in a constant state of panic broke my heart. So we put our heads together, and my husband, Thomas, and I set out on a very specific mission early on. My husband, being a licensed contractor, has a solid history of taking fixer-uppers in need of TLC and rehabbing them from scratch. At the beginning of the year, he began staying on the lookout for city-owned properties going up on sale.

Eventually, a close family friend reached out to my husband and told him that she is selling her home for a low price, but it needs quite a bit of cosmetic work. Although the labor of rehabbing a home can get expensive, the materials are already included with the house! Drywall, new floor stain, new paint, and replacement siding, all there, ready for some sweat equity. With that information in hand, Thomas, being a maintenance man and certified carpenter with a truck full of tools, has pledged to sweat equity in restoring this house for Andy.

The house is centrally located in the Greater Cincinnati area on a bus route, near local universities, hospitals, parks, community centers, with greater access to community resources and LGBTQ organizations.

We were quoted the total of the home at $25,000 as a quick sale(which is incredibly low, holy moly!), and the family friend presented 2 possible buying options: go through a bank or do a land contract.

Option 1) To go through a bank with no credit or credit history, a high down payment is a requirement, along with closing fees(+ the alphabet soup of other fees tacked on), and with high-interest rates due to lack of consistent bill payment history;

Option 2) he can enter a notarized land contract for $6,000 down, and the rest to be paid off under the contract as an incredibly low mortgage.

The latter is an attainable option, and we believe we can do this together for a kind-hearted Zoomer who has been through so much already in his short-lived life. Let's get some happiness in there, can we do that? 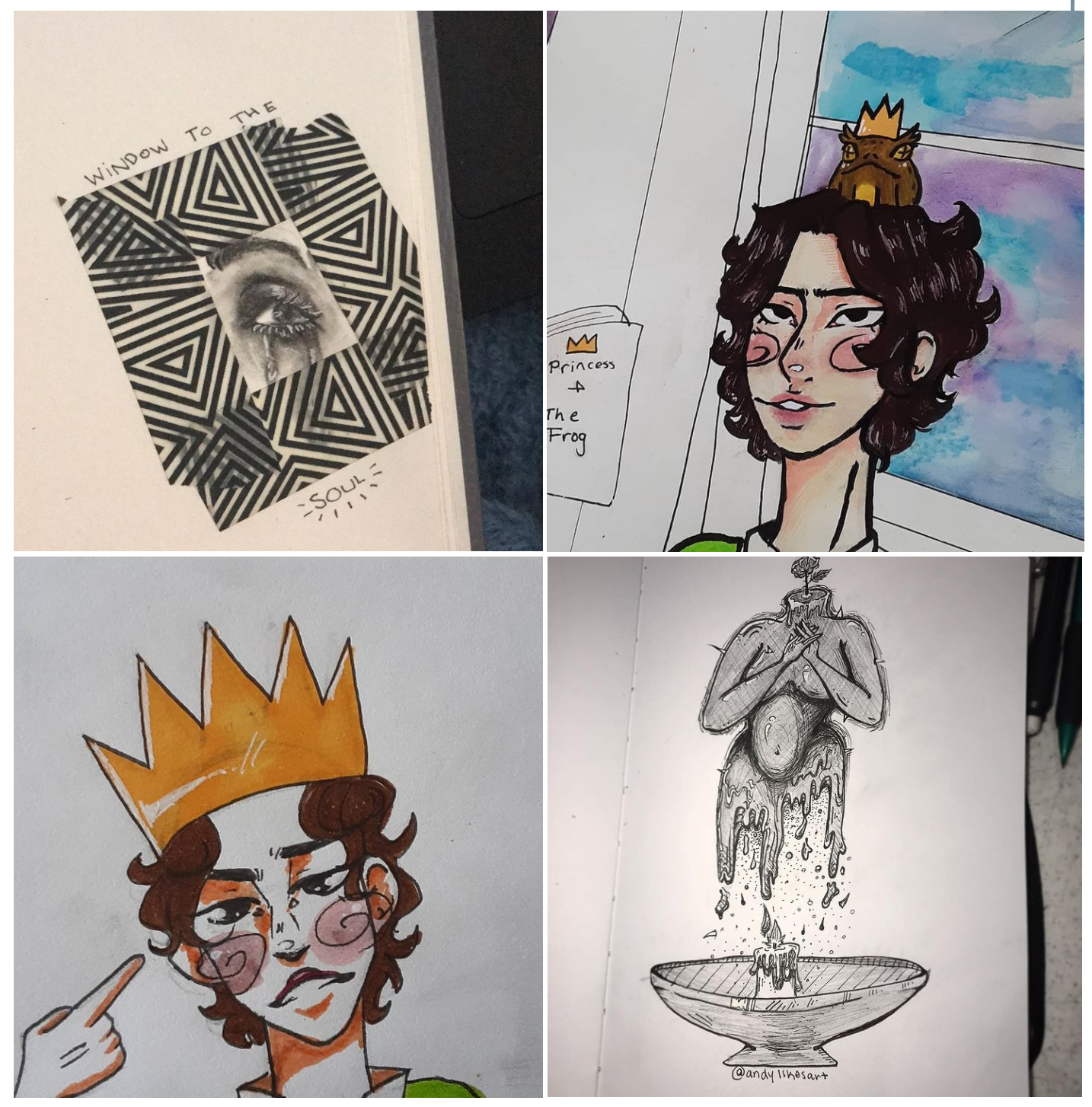 Andy is such an ambitious, intelligent, creative, and compassionate young adult, and we think he deserves a break. We truly believe he deserves some form of a solid, permanent, and stable place to call home, and where access to education and growth isn't a hindrance.

To make his life just a little easier.

Hell yes, we can! 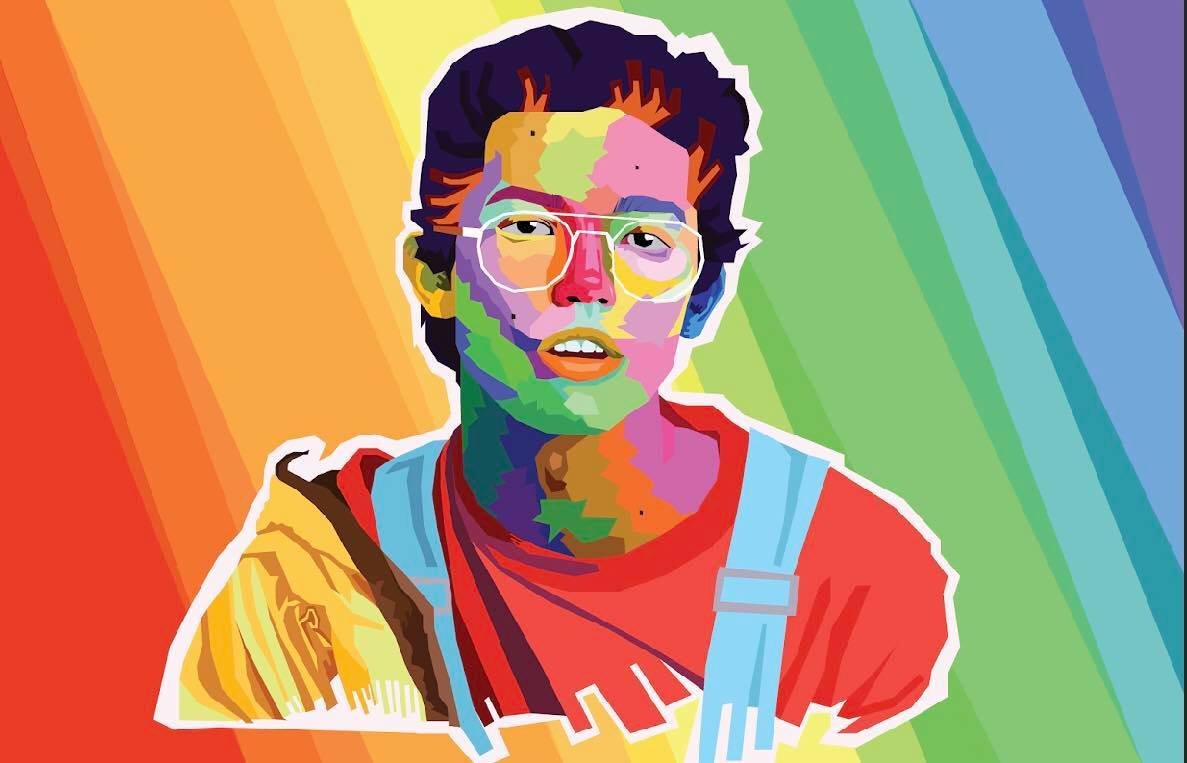 We have reached the $100 milestone! Thank you so much for your hard work, everyone! For this milestone, I created this whimsy wallpaper. I hope you like it!

Please keep sharing and reading. We love to have you here, and we hope you say hello :)

Should our next milestone be $200? Or should we make it higher??