I'm raising money for my amazing friend/roommate and family member Jim Brumbaugh after him having a blood clot travel to his brain resulting in a stroke.

On Saturday March 21st, 2020 - Jim had a pretty average Saturday at home helping unpack and organize his most recent move - he even managed to take his Harley for a cruise that afternoon - when he returned he mentioned having slight numbness in his right leg and his blood pressure was high.

Around 9pm he began to rapidly decline and was rushed to St. Francis medical center on Woodman.

once he was at the facility only Kelly was allowed with him due to Corona-virus having the hospital on extra watch. Where she informed us that he was brought straight to Cardiac ICU and he was put on a ventilator - later he was transported by ambulance to Penrose Main off Nevada in Colorado Springs.

As soon as he arrived to Penrose he was taken into emergency surgery to remove what they say was a very large mass in his brain. he was unconscious for several hours - without the simple move of carrying him to the truck and rushing him to St. Francis Jim may have not made it even a few more hours that night.

Now Jim isn't foreign to surgeries on October 20th, 2016 he underwent open heart surgery which tends to be the underlying factor with any of his current medical issues. 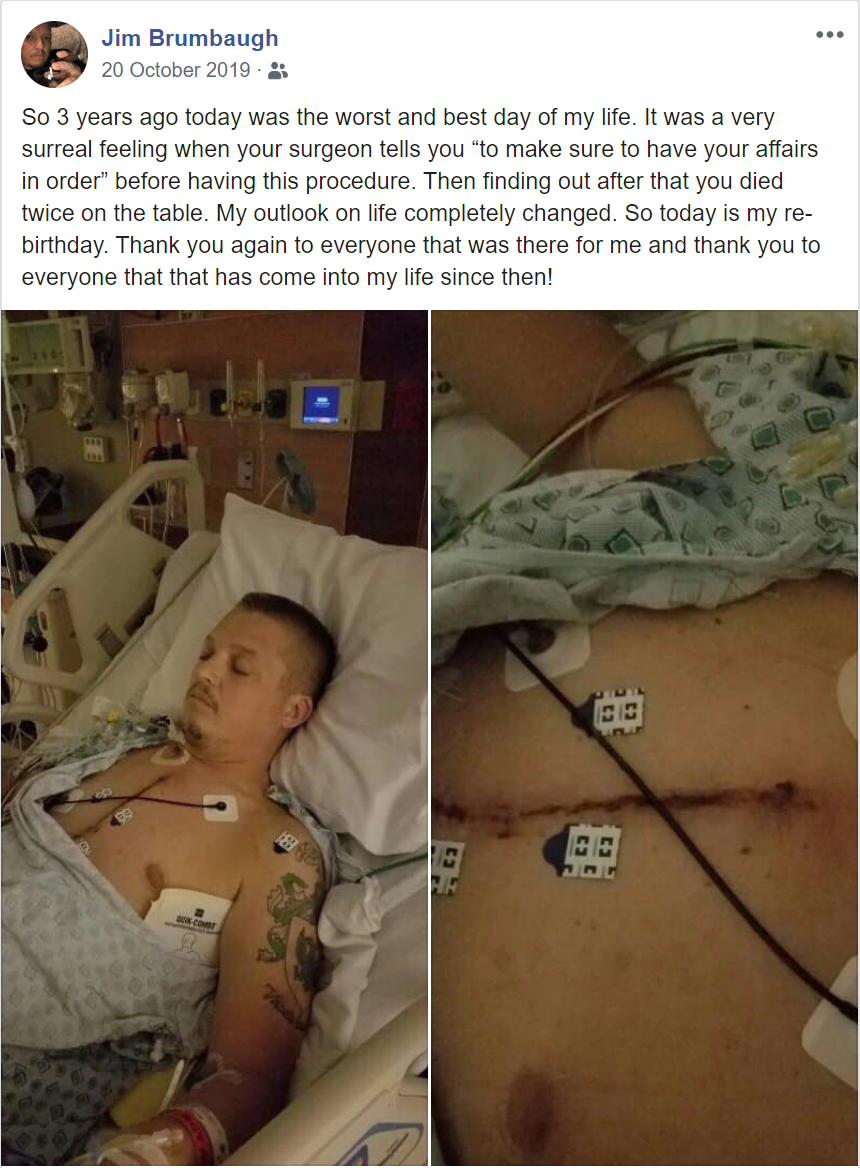 However, Jim looked at that day as his 're-birthday' and had made drastic changes to his life, he still worked everyday doing what he loves for SERVPRO and never complained about work, just always remained great-full for another day on earth and to ride his Harley. 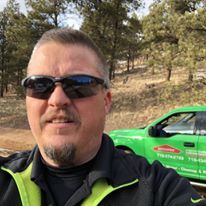 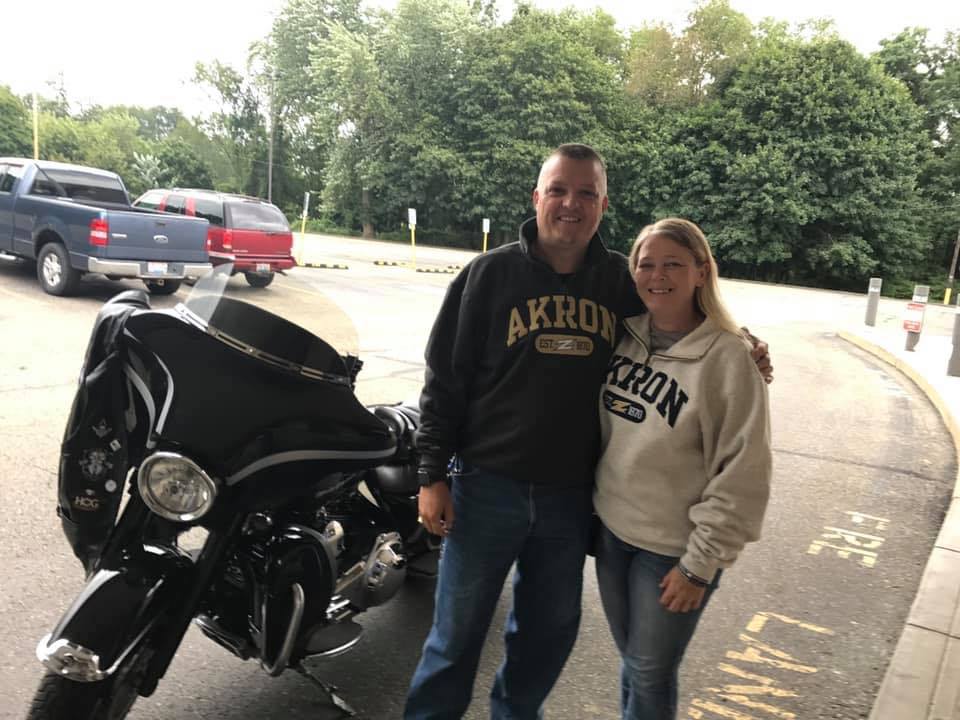 Today is Thursday March 26th, 2020 & he has made leaps and bounds in recovery - so much that even doctors are amazed at his progress. after the first day once he woke up from surgery he was able to do most motor skills which doctors feared would be the longest process after recovering from basically a stroke. However Jim was able to walk, use his hands fairly, and mainly responded to Kelly's voice however he is still struggling with his speech and forming sentences - while he is in a regular room he has been practicing with development app's on an iPad to help doctors gauge his state but will still be required to go to a rehabilitation center until everything is resolved enough for him to return home.

of course Jim has medical insurance but of course only certain things will be covered or initially approved without hassle so this fundraiser is to help with the financial road ahead - its unclear how much it will all be when said and done and with him out of work and Corona-virus keeping people home or being pushed to file for unemployment even as room mates we can only help so much.

I know Jim will most likely hate this idea - if you know Jim personally you'll understand why but if friends, family whoever have the money to spare and help out it will be not only appreciated from him & Kelly but also the rest of his household/"Colorado family' - of course if you can't donate money giving a post or sharing this information is equally valuable.

& big thank you to everyone who has been reaching out a via Facebook, text, call or facetime as well as keeping them in your prayers

when the world seems to be crashing down its nice to know that you have friends all over that still care. 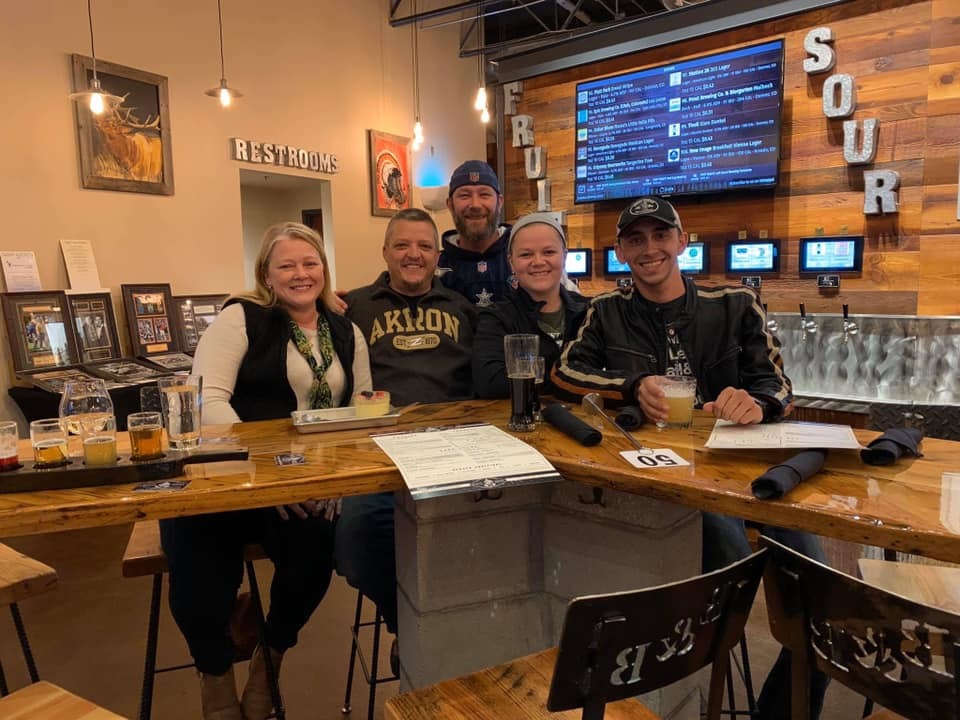 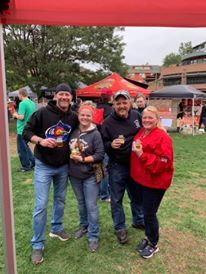