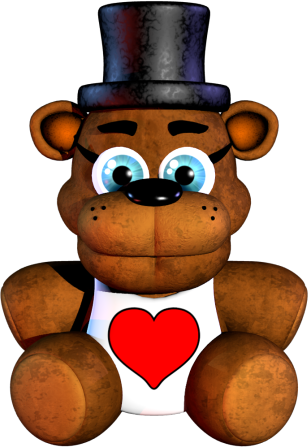 This is to cover the costs of Jessica Storton's cancer treatment, and some basic living costs while she is undergoing treatment.

This is just a quick message to let you know that we have been primarily doing updates on Reddit (latest update linked at the bottom), but I'm doing my best to try to get better about posting updates on Fundly as well. Jessica is pushing on, and your incredibly kind and generous donations have made such an incredible difference in her life.

Thank you from the bottom of my heart.

Note:  If you are using Paypal - We are still applying tiers to donations, even on Paypal! Please be sure to use Paypal's note function to input your email, so we can contact you about tier rewards.

Jess, or as you may know her, Momerator, was, and still is, a cherished and treasured member of the Five Nights at Freddy's community. She was a moderator, community curator, and to many, including ourselves, a dear friend. Unfortunately, as many of you may have heard, Jess was diagnosed with Lymphoma, which is cancer that affects the lymph-nodes. Since the lymphatic system connects to the bloodstream, and therefore, the entire body, the cancer can easily spread to other vital organs around the body, such as the heart and liver. This is a somewhat terrifying thought.

The cancer had been in Jess' body for a whole year before they identified and diagnosed it. Jess is a proud person, and most importantly a fighter, and has valiantly fought her illness for the entire time that she's been sick. She hasn't asked anybody for a thing, and didn't want to raise any money for herself, since she felt that the community had already been so good to her.

Of course, cancer is incredibly destructive, and while Jess is kicking cancer's teeth in, it's not going down without a fight. Because of her cancer, Jess has lost mobility in her dominant hand, making drawing almost impossible, and using a computer much harder. Her cancer has forced her to take extended breaks from being online, and because of that, she even resigned from the Freddit moderator-team. Even with treatment, her cancer has progressed to stage 4, meaning that cancer has now infected several lymph-nodes. This makes it incredibly easy for the cancer to spread to several vital organs, and makes treating the cancer awkward.

Jess is a trooper, and hasn't asked anybody for a thing, selflessly prioritizing her own charity over fundraising for her own illness. But, unfortunately, things are less than ideal. Jess' phone contract has ended, due to her not being able to pay her phone bill. This is to be expected. With the severity of her illness, she's far too sick to go back to work, and because of that, she's suffering financial issues. We found out that she was relying on food banks to feed her kids, and that she cashed in her pension, just to keep the house.

On top of this, Jess' projected survival rate for the next 5 years is 45%.

This isn't acceptable. Jess is already fighting cancer. The last thing she needs to fight is poverty. As a result, a group of us; JuniorGenius, Kizzycocoa, Invaderzz and DirectDoggo have banded together to raise money for Jess, so that she can pay bills, buy groceries, and support her family. We love Momerator, and we know that many of you feel the same way. We want to help Mom, and we'd like to do it together, as a community.

Any and all money that is donated will go directly to Jess, and will be used to treat her cancer, and to pay living expenses. We are going to give as much time and money as we can, and we would greatly appreciate anything that you can give, no matter how small it may be. With a 45% chance of her surviving to see 2022, this is the only way forward.

What are the donation tiers about?

FNaFLore’s Unnamed Battling Game is essentially going to be a Pokemon-esque game using completely original content relating to the FNaF franchise. It will include all FNaF characters, including enemies from all of the games, troll games and even some community nods here and there. It was pitched by the creator as "FNaFWorld done right", in his opinion.

The game itself is still in very early stages of development, but FNaFLore creator Kizzycocoa is offering early in-game appearances within the game in order to promote and add incentives to this fundraiser.

This is just a quick message to let you know that we have been primarily doing updates on Reddit (latest update linked at the bottom), but I'm doing my best to try to get better about posting updates on Fundly as well. Jessica is pushing on, and your incredibly kind and generous donations have made such an incredible difference in her life.

Thank you from the bottom of my heart.