The Truth of What Happened One Week in Provo, Utah 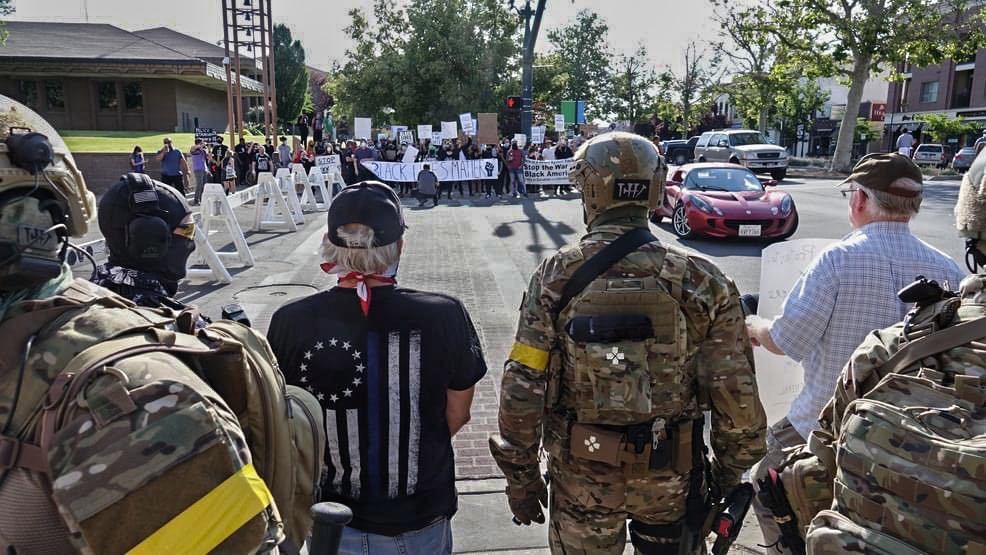 Insurgence USA decided to hold a protest against police brutality and racial discrimination in Provo, Utah on June 29th, 2020. Our full intent was to go out and spread awareness. When we went out we decided to meet outside the Provo Police Station. There was also a Blue Lives Matter Rally happening at the same time. The organizer of that rally even said they were just doing a food drive and there would be no protesting. Unfortunately, that was not the case.

The Blue Lives Matter people were gathered together on the street with their big trucks, flying the Blue Lives Matter flags, and honking at us the entire time. There was no drive-by of food donations that day as we stood there facing them. Then, all of a sudden, they got in their trucks, turned around and left.

At that point, we started questioning:

Where did everybody go in such a rush? I knew that they were going to come back, and they all left at once. Were they going to come from behind our group? The way they left seemed systematically planned, with one car following behind the other.

Unfortunately, my assumption was right, but I did not see that until 20 to 30 minutes later. As we started to march down Center Street, the Blue Lives Matter people had gone home. But as I realized later, some only went home to change their cars or license plates, to make it look like they were different people.

You see, what they failed to realize is that you should remove your Blue Lives Matter sticker off the back of your bumper, if you’re going to try to pass as a different driver in a different car. I saw cars trying to run us over that were exactly the same as the ones at the Blue Lives Matter rally. There is no coincidence that those cars were trying to run us over in Provo; they went home, and traded their big-ass trucks in for minivans so that they could run us over!

How fucked up is that?

Things further escalated when a gunshot went off. Drivers became even bolder in their attempts to run people and protesters over. Out of pure self-defense from the drivers gunning to mow down protesters, several people rushed to gather around the vehicles to try and prevent someone from getting killed! The bloodthirsty Blue Lives Matter citizens of Utah County are sick, to say the least!

The most fucked up part about all of this is that not a single police officer was out there after the gunshots were fired. We had people dial 911 because someone got ran over at that very same intersection, by the driver of the car that was shot at.

But who actually showed up? Just the ambulance.

Where was the Provo Police Department when we needed them?

After marching up University Avenue, we came back to our meeting spot outside the Provo Police Station. We prepared to leave but were instead greeted by policemen in riot gear. The amount of time it took them to put on riot gear instead of coming to an emergency situation is baffling, to say the least, especially when people were trying to run over protesters with cars!

Now, the right-wing media would like to tell you a different narrative about the shooting, about how the protesters were trying to incite violence. That is completely inaccurate. We stated before, during, and after our protests that we came with peaceful intent to spread the message of unity and equality!

After that night, a group of racist white supremacists fabricated further rumors against us! They gained around 7,000 members in under 24 hours and now, just a couple of weeks later, have over 15,000 members in their Facebook group. This group, Utah Citizen’s Alarm, claims they are for peace and justice.

But they meet us at our protests with AR-15s and tactical gear as if we are terrorists. Their whole organization is built on propaganda and fear. They say our organization is led by a riot communist leader. The fact that they even built a petition around arresting our leader for doing nothing more than organizing a peaceful protest is sickening. The members of their organization are nothing less than morally unsound. 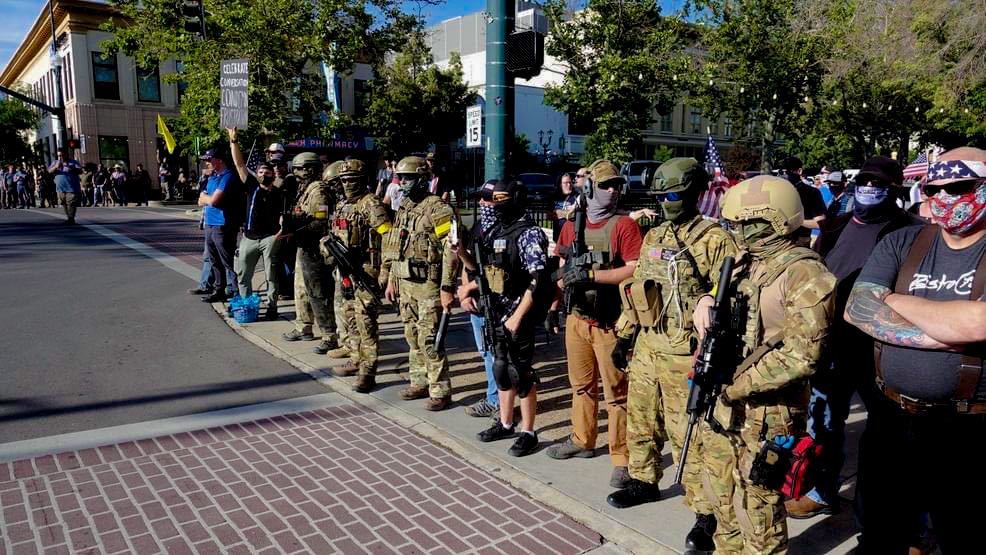 For anyone to say that I or Insurgence is against the United States of America is bullshit. I was training for the Olympics to represent my country for years. To say that my organization embodies those beliefs is just delusional. Unfortunately, it is easier to believe lies then it is to do the research yourself, to understand who someone really is. Casey, the leader of the racist Utah Citizens Alarm group, is nothing but a manipulative, white supremacist leader. He is a living example of everything that we are fighting against.

The members of his organization are sick. People within their community say that they will hang Black people from trees. They say they will go home, get their cars, and run people over in the streets. Perhaps it’s even out of curiosity, one member wanting to see if Black people bleed just like white people do. I guarantee you, we do.

If Casey and UCA were really about peacefulness and unity, they turn the other cheek just like Jesus did, and embrace the protesters and the causes we are fighting for.

I hope this provides everyone a little bit more insight into how the local media portrays Black people in our community as criminals, terrorists, and as riot communist leaders. They use it to suppress us by running with their own narrative.

Passing laws does not erase racism within people’s hearts and minds. What happened in Provo only solidifies that statement and unveils it to our community’s eyes.

We still have so much work to do, and unfortunately, even the police department in Provo, Utah supports the systemic racism that we see today.

It starts with making changes in our state legislation!

1. The inclusion of African Americans within the United States legislative offices.

2. Create a diversity committee in the Utah State Legislature. 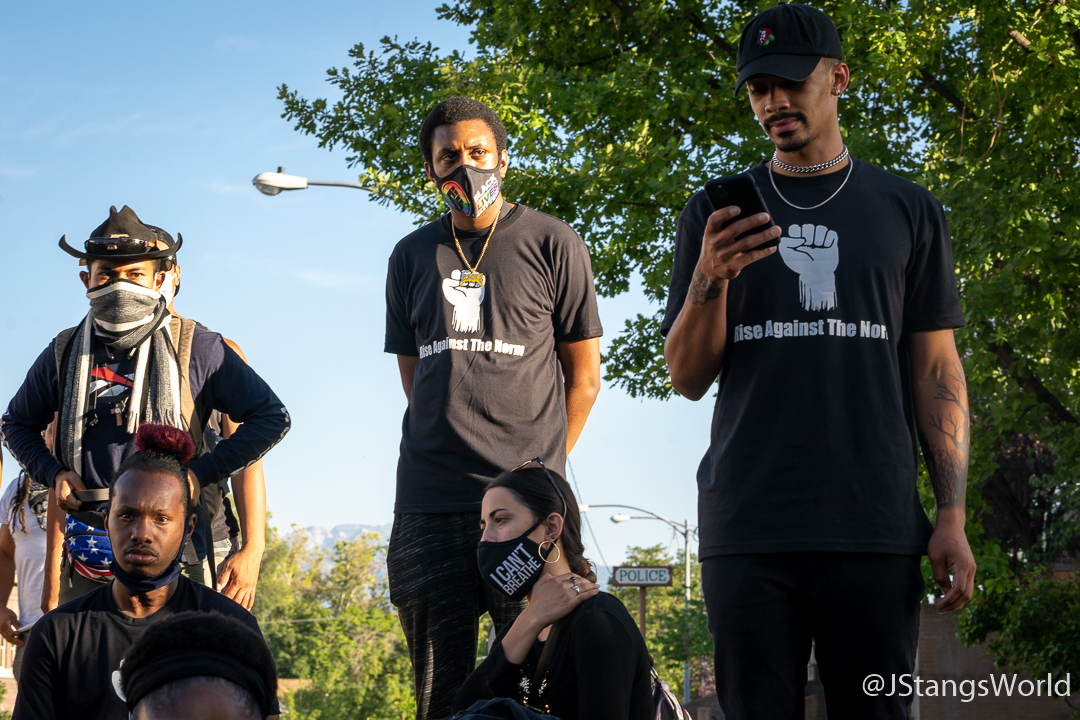