I am raising funds to support Research, Innovation and Human Dignity & Rights Awareness in Gene-Editing Technologies. I am currently a PhD Student at the University of Aberdeen, Kings College, Scotland, United Kingdom. 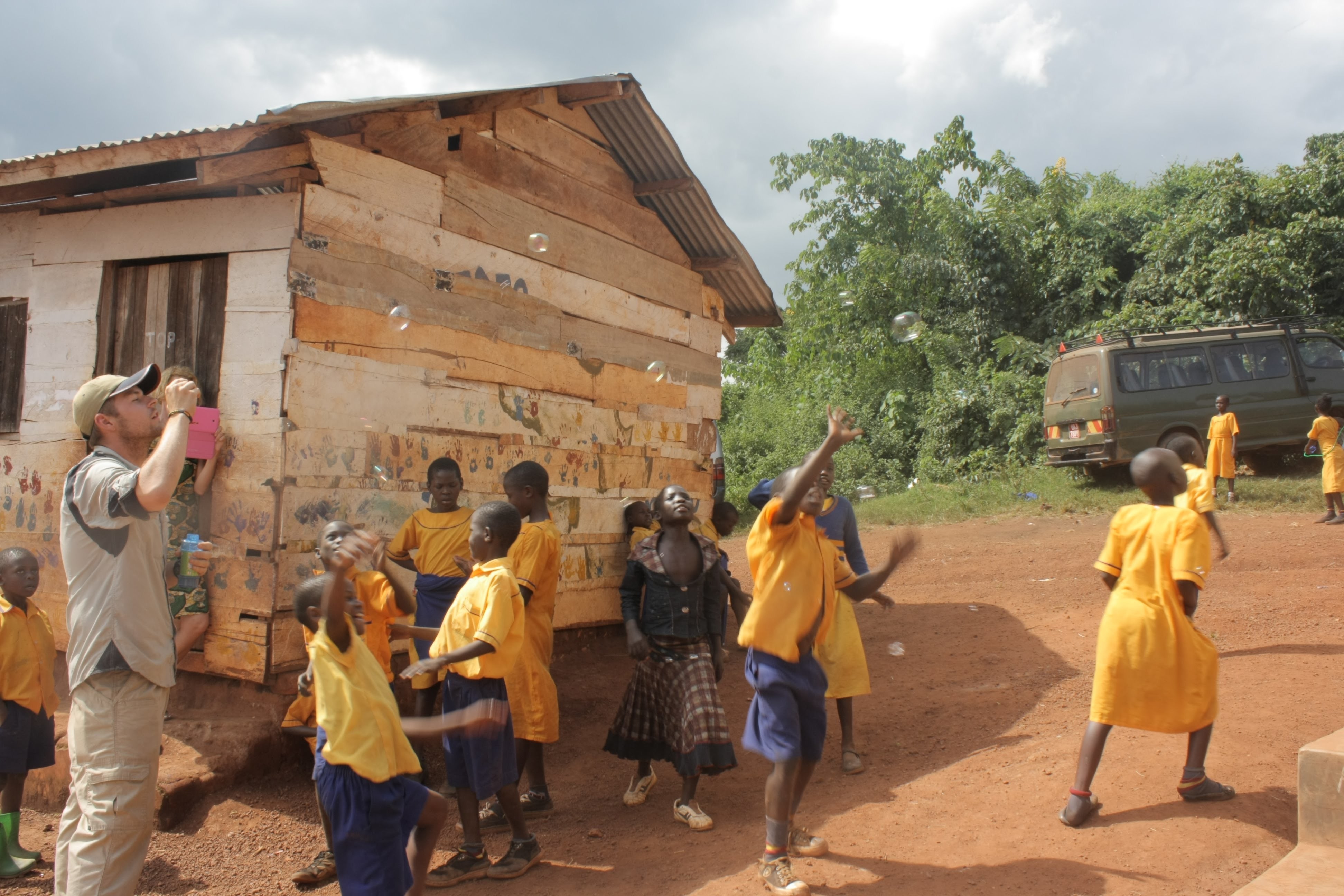 Since my earliest memories I have had a fascination with technology and inquisitiveness. I remember when my mother brought home our first personal computer and with in a week I was taking it apart. I got in a lot of trouble, however, the experience didn't go to the wasteland. Moreover, the experience sparked a lifelong curiosity in the sciences. When the Lord directed my path to full-time ministry five years ago, I didn’t know how he would combine the two areas of my passions (faith and science) until now.

In conducting my research, I want to study with scholars who are diverse in their views of bioethics, the link between technology and theology, Christian ethics, and disability theology. Brian Brock, John Swinton, Stanley Hauerwas are a few of the Aberdeen scholars I would like to work with. The ability to have access to the distinct variety of resources located at Aberdeen is essential for conducting my research. The broad spectrum of internationally renowned faculty, the model of the student to teacher relationship, the ability to stay relative on the most challenging ethical topics of the twenty-first century, and five hundred years of tradition allows candidates to approach their research with the utmost confidence. Additionally, the universal vision of well-developed theologians working together to collaborate in multiple spheres is awe-inspiring. Graduates leave Aberdeen not only well equipped in their field of interest, but moreover can provide critical insight and relative contribution in various areas of contemporary issues. It would give me no greater joy than to be a part of such inspirational vision.

Through faith, I have learned to turn familial, physical, and financial barriers into strengths. Throughout my childhood, I grew up fatherless. My mother raised two children alone. My father was incarcerated during my entire childhood. I persevered through poverty and homeless shelters and assumed the role of father with my sister. I often turned to the only males that were in my life, my grandfather and my uncle, who were both military veterans. I grew up listening to vivid stories of extraordinary acts of heroism and selfless acts of bravery, so that others may live. Being exposed to such courage ingrained in me a sense of qualities that I still live by today. The personal qualities of servanthood and sacrifices have been the bedrock of my faith, Naval career, and educational journey.

I have been blessed by the opportunities to teach students. I have found great joy in seeing the "aha" moments in students as they grasp challenging topics. I have come to respect and love what the classroom environment stands for. It's one of the last safe havens individuals have to question suppositions, wrestle with ideas, and be encouraged to suggest new theories. After graduation, I have the aspirations to be part of the next-generation of professors that inspire students to have "aha" moments and protects the sacred institution of the classroom. It is with the highest honor and commitment that I seek acceptance at the University of Aberdeen. 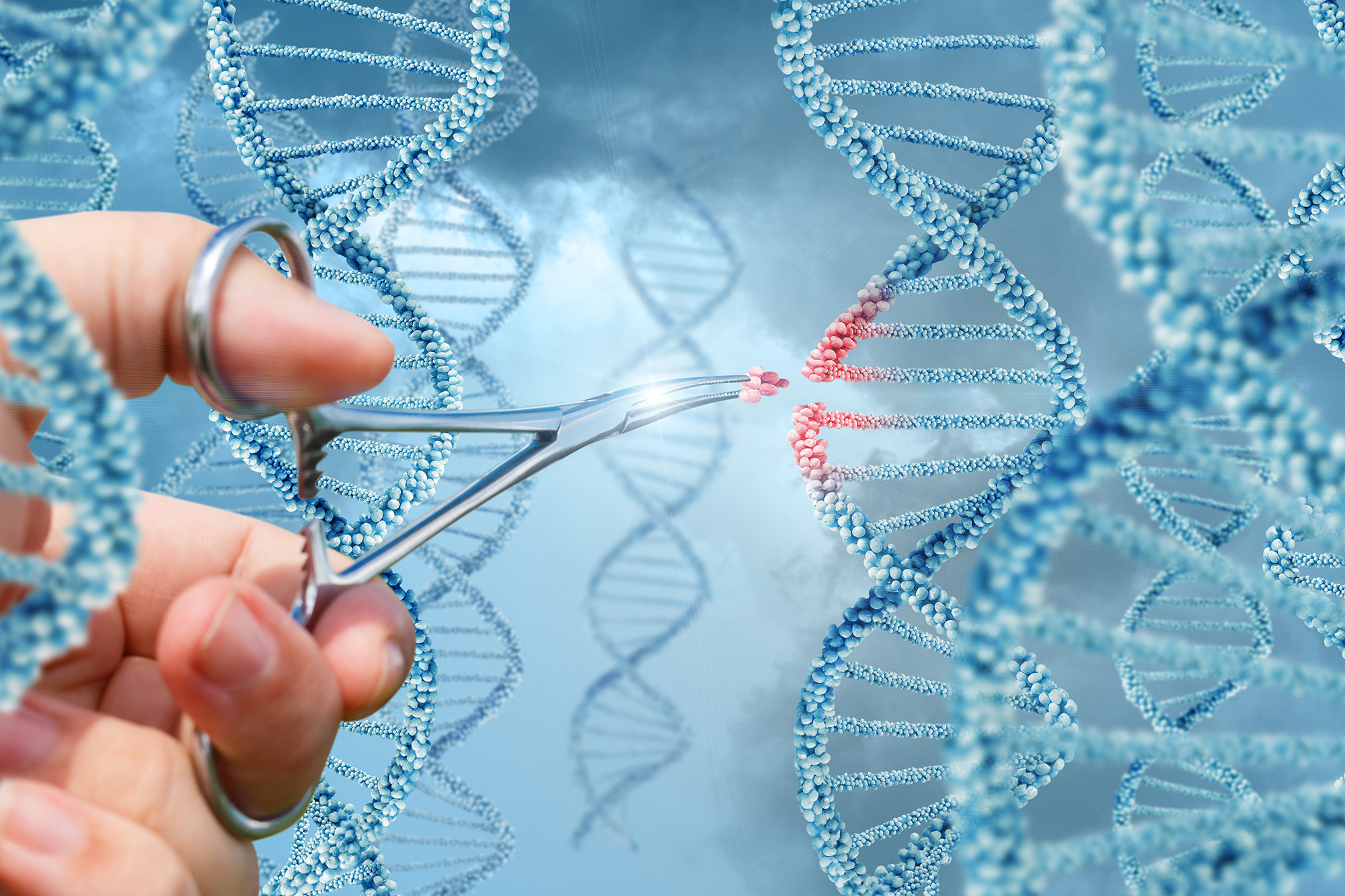 Blueprints for Life: Christian Ethics in The Age of Redesigning Species

Each new technological advancement comes with the responsibility of theological analysis. Technologies such as artificial intelligence, biotechnologies, and nanotechnologies are all equally demanding of critical ethical undertaking. However, of all the persistent ethical questions that consume contemporary society, the most pressing is the emerging of biotechnology innovations. We are undeniably in the middle of a genetic revolution, where what used to be purely theoretical is now a practical reality among scientists. The cost of genome mapping has dramatically decreased; in June of 2000, the cost to sequence a human genome was roughly 300 million dollars,[1] while in 2017, the cost for Dante Labs to sequence a human genome was less than $200.[2] At such a low price point, the prospect of mapping an individual’s genome to address questions such as whether that person will be vulnerable to abnormalities becomes more feasible.[3]

On October 10, Dr. Jiankui He of a lab in Shenzhen, China announced the birth of the world’s first gene-edited babies: two Chinese girls named Lulu and Nana. These two human embryos genetic codes were altered during in vitro fertilization. Along with the husband’s spermatozoa, the embryologist injected clustered regularly interspaced short palindromic repeats (CRISPR) and CRISPR-associated protein 9 (Cas9).[4] The proteins targeted and altered a gene to protect the girls from future HIV-1 infections.[5]

Alongside this event, a critical discussion is taking place at the national university level about the consequences of redesigning and altering the human genome. The use of gene editing technology and modifying DNA concerning human embryos could convey the change to future generations. In November of 2018, the University of Harvard school of Stem Cell Institute began using (CRISPR) technology to modify sperm cell DNA to change a gene called ApoE, which has been linked to Alzheimer’s. The idea is to switch from “fertility to disease prophylaxis,” altering the future host offspring DNA indefinitely.[6]

The issue of human gene editing and its ethical ramifications are highly significant.[7] The pursuit of absolute autonomy has driven western culture to redefine the ethical limits in almost every area of human life, including procreation. In the last century, the means by which humans are created has been transformed. Sexual intercourse no longer becomes the bridge that ushers humans into existence because of technologies such as Assisted Reproductive Technology (ART), In Vitro Fertilization (IVF), gene editing, and cloning. With the vessel of technology, our perspective of creating life has shifted from procreation to reproduction. Humans now have the ability to determine when, where, who, how and finally the “what” in creating a human being. The “what” is gene editing technology. Gene editing technology was the last puzzle piece needed to have absolute control over procreation. How does this autonomy over procreation define our principles including the ethical and moral boundaries of creating human beings? Is a person called to be a creature or a co-creator with God in redefining life’s blueprints?

Scientists, biologists, and embryologists discuss how this technology reduces or even eliminates suffering and disease, improving one’s “wellbeing.” Gene editing technology has the potential to eliminate the role of probability in nature’s most complex equation called life (our DNA), in exchange for user choice. Eradicating sickle-cell disease, HIV, and leukemia is a possibility with gene editing technology. Are there legitimate reasons to alter embryos and if so, where is the distinction between therapy (the treatment or prevention of disease) versus enhancement (to modify traits or performance to make people “better-than-well”) drawn? If the cultural line separating therapy from enhancement has become unclear,[8] how do Christians define their own boundaries and standards regarding this complex issue? Does the quest for “better-than-well” drive us to the autonomy and the ability to choose freely without restrictions?

As a case in point, certain leading geneticists have discussed using CRISPR/Cas9 to target and eliminate extra chromosomes.[9] When this research was published, the headline in the newspaper was, “Cure for Down syndrome promised with just a single injection.”[10] In other words, the article presumes that someone with Down syndrome is “unwell” and pointed to current research with CRISPR/Cas9 as the solution. However, are disabilities in need of a “cure?”[11]Are all “defected” embryos just malfunctions that need to be “cured” or are they gifts from God to be received unconditionally as our equals?[12]

If the focus of the current genetic revolution is the elimination of all forms of human suffering,[13] through the means of our ingenuity, then are we approving an eschatological view of procreation of perfecting the living resurrected body without the resurrection? Or, are we in alignment with the eschatological view that procreation is no longer eschatologically necessary because there is no death in the resurrection life, thus no need for procreation?[14] Thus, having been created or having been produced could be morally acceptable. What then, is it to make a human being? Today, does having children become an accessory of the marital relationship, where they are used as only means by fulfilling societies definition of family? Are children gifts from God or are they byproducts of our labor, and consequently to be viewed as our possession and able to be designed, manipulated and or rejected according to our preferences, as with other property? Likewise, does a zygote deserve a level of self-respect that is contrary with regarding them as disposable research material?

With that said, should improving our ways of creating humans be approached in the same manner as advancing our technology in making smartphone devices? Another ethical concern is that it forces the biotechnology into a capital market where making humans become products left to the highest bidder. Due to the primarily funded source of these technologies being taxpayers, is it ethically problematic to deny potentially lifesaving benefits of the technology to the individuals who funded its development? Are problematic ethical areas formed by isolating populations who cannot economically afford gene editing and reproduction technology?