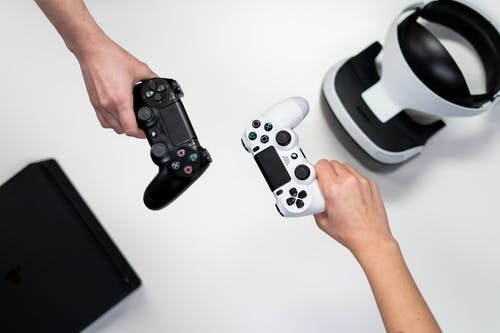 Games are thrilling; whether you’re out with your friends enjoying a wild game of soccer or sitting behind your Xbox playing Warzone with top players from all around the world, the argument stands.

However, sometimes, online gaming like playing Warzone can become a little bit frustrating. Internet issues like ISP throttling can mean you won’t able to download the resources needed, upload your gaming streams to enthusiasts all around the world, and access easier lobbies.

With free-to-play games, it's not much of a surprise that the likes of Call of Duty and Warzone have reached massive popularity, sending players into a frenzy trying to figure out easier, newer, and more inventive ways to secure wins.

Games like Warzone, with their SBMM (skill-based match-making) algorithms that link players together to play against their opponents based on their skill, make this even more of a challenge.

With the right Warzone VPN paired up with the Xbox, this could be a thing of the past. Along with offering incredible perks like a more secure online gaming experience, better internet speeds, and access to global libraries, a good Warzone VPN will make give you a lot more control over who to blast next.

If you’re here searching for the best way to set up an Xbox VPN to enhance your Warzone experience, keep on reading because, in this blog, we’re going to talk about everything you need to know about it!

Before we dive into the method, however, let’s first talk a little about why you should be using a VPN with your Xbox when you’re playing Warzone in the first place.

Why you should use VPN for Xbox when playing Warzone

Want to increase your chances of winning every time? An Xbox VPN might be the answer to your problems. As talked about earlier, it’s possible that player pairing in your lobby may be based on an SBMM algorithm, in addition to waiting time and ping rate.

You know where we’re going with this, right?

This means that your matches will almost always be against players with a similar skill set as you. That being said, your location and time zone also plays a critical role in the match pairings. Using a VPN for Xbox, you can connect to the internet from a whole different country, and subsequently, a different time zone, to enter less crowded and easier lobbies at slower times.

On the other hand, an Xbox VPN will also make sure that you’re safe and secure while you’re online. That way, angry opponents won’t come after you with cyberattacks. A third advantage of using a VPN for Xbox with your Warzone game is that you’ll be able to access updates, libraries, and other gaming resources as soon as they release, literally anywhere in the world!

How a VPN for Xbox works

A VPN for Xbox consists of an intricate web of servers spread out all across the world. When you connect to the VPN through one of these remote and secure servers, the VPN will hide your device's IP address and use the server's IP address through which it is routing its traffic.

This means that your IP address will be safe and hidden, and you can virtually appear to the internet as though you are connected through a whole different country. When playing online games, this means that you can benefit from lesser qualified opponents and score easier wins!

A VPN can let you connect to countries with very different time zones to reduce the crowd and enter lobbies that hold fewer skilled players, increasing your chances of winning. If you’re playing from the US, your best bet would be connecting from a server in the UK, Africa, or even Europe, where the time zone is different.

Another idea that could increase your probability of a victory is to find out what countries have the least number of gamers playing Warzone and connect through a server placed in that country to benefit from a smaller pool of opponents.

A VPN subscription is a long-term commitment—it's best to have one that takes care of all your issues. As a rule of thumb, a high-quality VPN should have hundreds of servers spread across the world so you have a wider variety of countries to choose from.

The next quality you should look for is the security and encryption level it provides. Besides helping you win games and unlock blocked content, a VPN also ensures that your online gaming experience is safe and cannot be traced back to you.

Besides hiding your IP address and making sure you’re anonymous on the internet, and Xbox VPN also encrypts your traffic so that even if a third party does intercept your streaming or gaming, they can’t decide what’s happening, rendering their hacking efforts useless.

Good security protocols and a high encryption level also means that you’ll be safe from DDoS attacks or ISP throttling which are common problems for gamers to run into. If you’re looking for one, try our VPN for Xbox.

How to set up a VPN on your router for Xbox

1. Make sure you’re subscribed to a high-quality VPN for Xbox.

4. Once you have installed the VPN, you can now connect your Xbox to your network as you usually would and play Warzone all you want.