The neighbors and community of Old Saybrook would like to raise funds as well as donate supplies to help create Sean's wish of a backyard treehouse Fortress. Sean is a six year old boy who is fighting Cancer.

The Barbieri Family and Marino Family who live across the street from Sean MacDonnell  for the past six years have become  as close as family. They want to fulfill his dreams of having a fortress of solitude in his favorite backyard tree. A place for Sean to play with his neighborhood friends and brother.

In March of 2018, three year old Sean was diagnosed with stage three Embryonal Rhabdomyosarcoma, he received 42 weeks of intensive chemotherapy and 6 weeks of daily proton radiation therapy In Boston, Massachusetts.  On completion of treatment in January 2019 through September of 2020, Sean's quarterly scans of his head, neck and lungs were clear of any signs of cancer.

In the MacDonnell family’s mind and at the discretion of the doctors, everything was looking positive. Sean’s father George is an officer in the Coast Guard, and received the news he and the family would be  transferred to North Carolina. The family was now going to leave the community of Old Saybrook to start fresh.

This had devastated the Barbieri family and Marino family as well as the rest of the neighbors on the street that the MacDonnell family lived on.  The Barbieri’s have a little girl Elleyana who shares a very close relationship with Sean and his brother Owen.  Once the MacDonnell family left for North Carolina, the neighbors missed the sounds of the cheerful joy from the family.

In September 2020, the MacDonnell Family had received the devastating news during a standard quarterly scan, that Sean’s cancer had returned.  His doctors informed the family the statistics of survival from Embryonal Rhabdomyosarcoma recurrences are terrible.  Due to this they had to make a quick decision to move back to their previous home in the community of Old Saybrook. This move back to the community would keep the family close to their support system as well as Sean’s Medical team in Boston.

The only thing Sean really wants is to live his best life as a normal six year old with his brother and enjoy as much of his time outside with his neighborhood and community. The Barbieri and Marino Family, other neighbors and the community really want for Sean to live out his best life. To do this we want to be able to raise funds or donate the supplies to help Sean’s backyard tree house to be the fortress of his dreams. 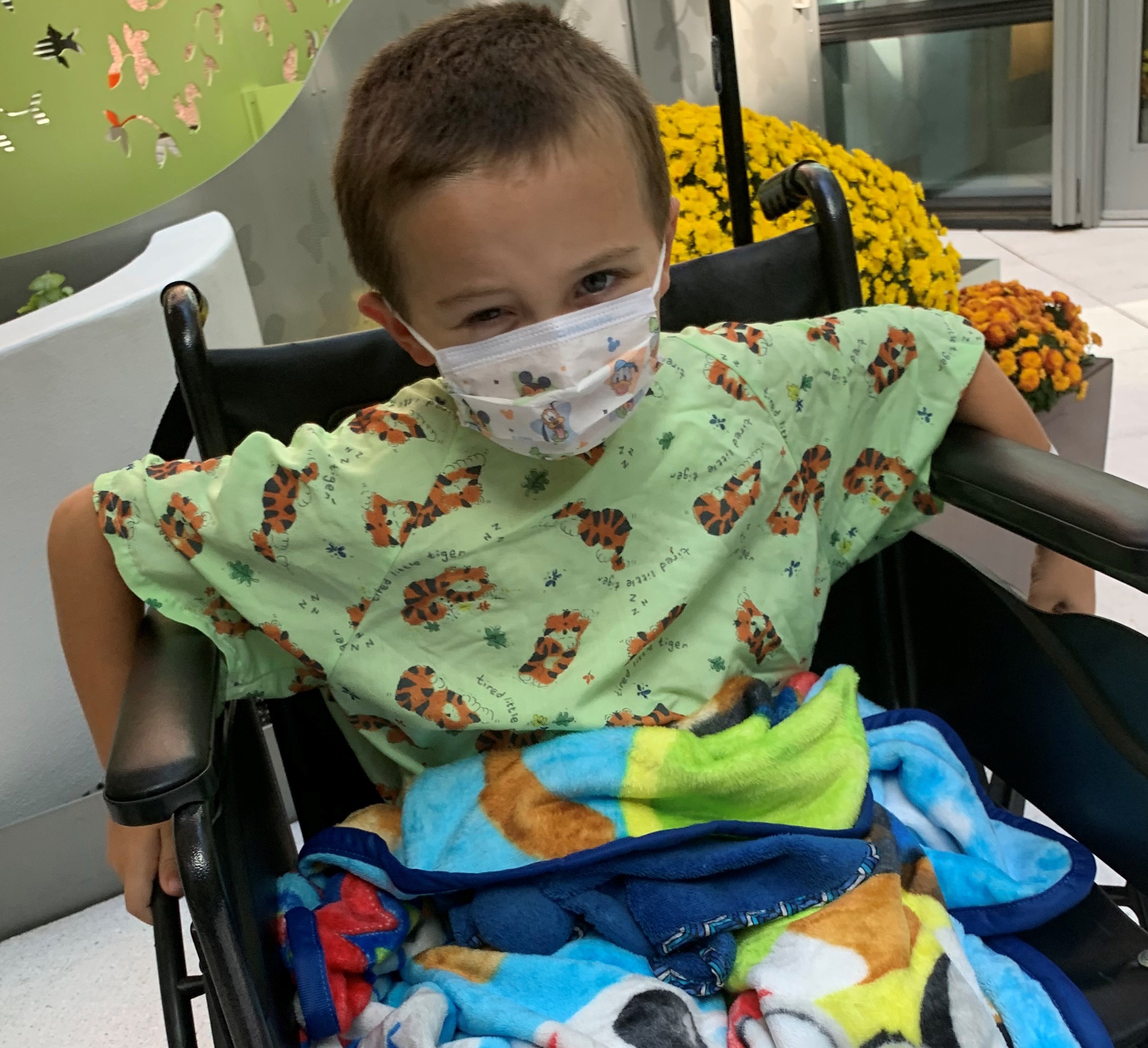