Help us beautify and protect Duranguito 2019!

Help us beautify and protect Duranguito 2019!

It's almost springtime and we are beautifying El Paso's first neighborhood, Barrio Duranguito! Residents and supporters have been working to bring beauty to this barrio that the City of EP wants to demolish.

In 2016, the City Council voted to demolish Barrio Duranguito to build a sports arena that no one voted for and that will keep El Pasoans in greater debt for decades to come. The residents of Duranguito and their supporters have been fighting to save the community since then. As one of Antonia Morales, says: They destroy; we build. In the 1990s, Antonia led a campaign to clean up the neighborhood and the City received funding from the federal government to beautify it. Negligent landlords and the City's plans to demolish it have undermined much of this work. We continue to beautify the neighborhood, taking the lead of the residents. Join us in creating a community garden, painting new murals, and bringing the life and color to the barrio that the residents have worked so hard for. Together, we can honor and protect El Paso's first neighborhood! 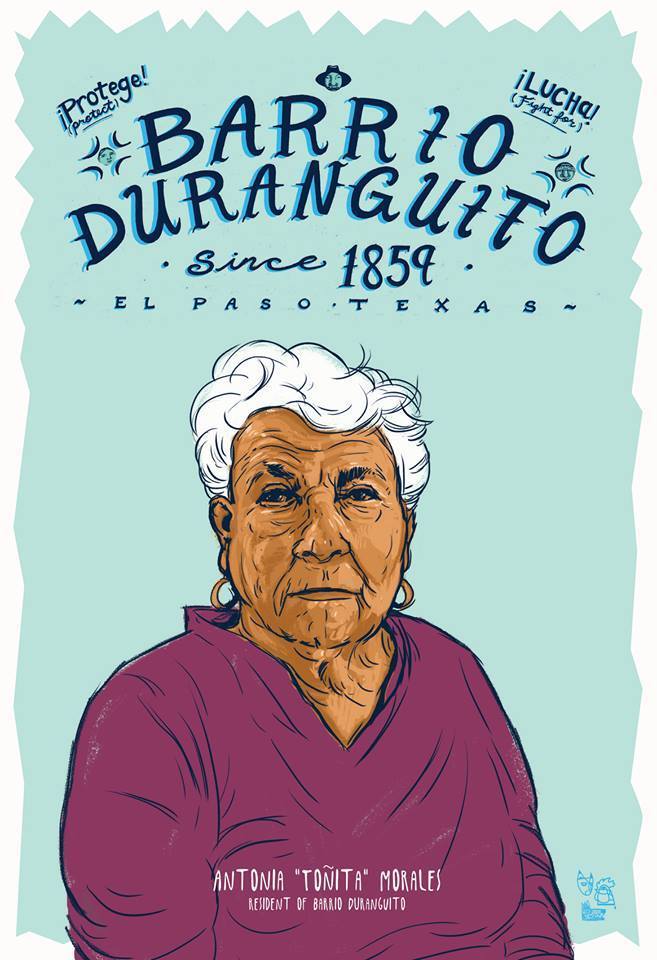