Help the Syrian refugees to live

Help the Syrian refugees to live

We help Syrian refugees both inside and outside the country. We support a range of grassroots initiatives in areas not controlled by the regime in Syria. To help kids & families live. 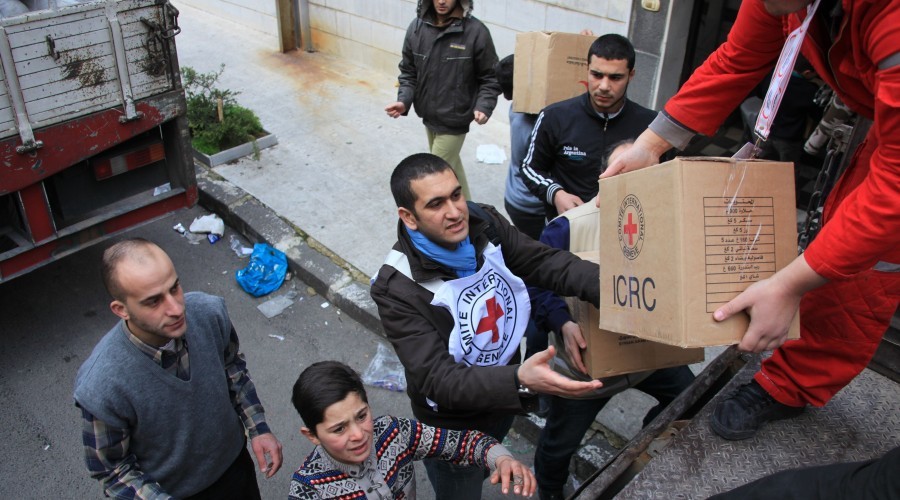 Since the outbreak of the Syrian conflict in 2011, over 11.5 million people – more than half of the country’s pre-war population – have been forced to flee their homes. Over 6.1 million people are internally displaced, of which half are in besieged or hard-to-reach areas, while more than 5.4 million people have sought sanctuary across borders.

The past seven years – of brutal violence, of unprecedented and repeated war crimes – have created a humanitarian crisis of monumental proportions. This, in turn, has been compounded by the failures of both the international system and the international community. 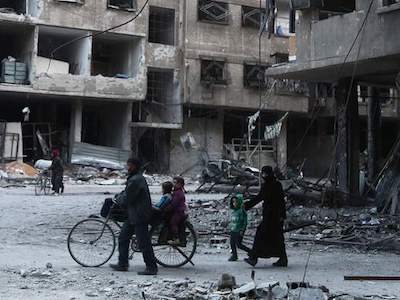 Over the past seven years, every major principle of international law has been violated in Syria. Multiple parties to the conflict have conducted attacks leading to multiple civilian deaths, perpetrated sexual violence, and deliberately blocked humanitarian aid. However, the Syrian government has a greater military capacity to inflict suffering on civilians, and bears a greater burden of responsibility. It has systematically waged war against its own people: it is responsible for the majority of deaths in the conflict, and has committed mass atrocities against civilians.

Beyond the obvious risks posed by the ongoing conflict, the nation’s infrastructure has been devastated. Internal displacement and the mass movement of people to safer cities has exacerbated both the strain on resources and the associated price hikes, meaning that supplies are often prohibitively expensive. Bread is now eight times more expensive than it was before the conflict began. Some 13.1 million people are in need of humanitarian assistance, and a shocking seven out of ten Syrians live in extreme poverty. The increasing levels of food insecurity have had a particular impact on children, and specifically those within besieged areas: diagnoses of acute and severe malnutrition, or related illnesses, are common.

The vast majority of Syrian refugees are hosted in neighbouring countries such as Lebanon, Jordan and Turkey. However, the borders adjacent to Syria are becoming increasingly difficult to cross: in 2017, Turkish and Jordanian authorities prevented nearly 300,000 people who were trying to flee Syria from entering their countries. Of the Syrian refugees denied access to Jordan, the United Nations estimates that four out of every five are women or children.

As a result, Syrians are increasingly forced to use smugglers and illegal routes to escape the country. These pathways are highly dangerous: people are regularly shot at the Turkish border, and in January 2018, fifteen people – including children and an elderly woman – froze to death while trying to cross a mountain path from Syria to Lebanon.

The arrival of Syrian refugees to host nations brings with it new challenges, both to the country and to the individuals. Many Syrians do not want to live in camps – and understandably so, for the lack of opportunities and the removal from “normal” life that they entail. In fact, 75% of Syrian refugees live in urban areas in neighbouring countries. However, this presents challenges of its own.

Refugees living in urban spaces face a number of obstacles: material assistance, from agencies like UNHCR, is limited; the right to work is usually restricted, which pushes people towards informal and poorly regulated labour; and destitution is common.

A survey conducted by UNHCR, UNICEF and WFP, for example, found that more than half of Syrian refugees in Lebanon are now living in extreme poverty – on less than US$2.87 per person per day. Over three quarters are living below the poverty line. Furthermore, over 74% of surveyed Syrians over the age of 15 did not have legal residency in Lebanon. As a result, they are exposed to an increased risk of arrest, and face barriers in accessing work or services.

What’s more, the risk of deportation – or the pressure to return – is mounting. In 2017, Jordanian authorities deported 400 people to Syria each month. Since December 2017, Turkish authorities have intercepted hundreds, and at times thousands, of asylum seekers at the border, and summarily returned them to Syria. This is a flagrant violation of international law and the principle of non-refoulement, and places thousands of civilians in grave danger.

A significant number of refugees returned to Syria in 2017, but this should not be seen as an indication of the conflict’s resolution. Those who return to Syria – voluntarily, or as victims of refoulement – face acute risks: for every one family that returns home, three more are displaced.

Large numbers of unexploded landmines left by Islamic State combatants are causing 50 to 70 civilian casualties a week in Raqqa alone, as tens of thousands of civilians return to the city. Even areas where there is respite from fighting still, therefore, pose a significant danger to civilians.

Syria’s infrastructure is in tatters. Homes, schools, hospitals and water systems have been destroyed; explosive hazards litter the country; and the destruction of housing, land and property records creates an additional obstacle for those wishing to return home.

Until a durable peace can be found, and mass reconstruction begins, large numbers of Syrians will continue to be forced from their homes.

There is no indication that peace and justice will be granted to Syrians in the near future. Dozens of hospitals in Idlub have been bombed as the hellish conflict continues. We are in awe of the courageous and selfless acts of Syrian civil society, including grassroots groups of first-responders, medics and rights defenders. Their heroism and resilience have saved thousands of lives, and inspired countless others. 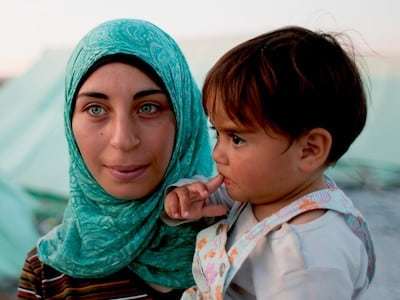 Help Refugees supports Syrians both within the country, and outside. We support a range of grassroots initiatives in non-regime held areas of Syria, from the Independent Doctors’ Association to the Emissa organization, to ensure that aid can reach spaces where other organizations can’t act. Furthermore, our implementing partners in Lebanon – including Salam LADC and Women Now! – support refugee-led initiatives and create social spaces for those living in the Beqaa Valley.