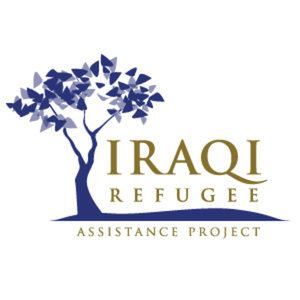 Support IRAP Share
This campaign is unable to receive donations at this time.

Tens of thousands of Iraqis & Afghans have aided US forces in the Middle East. Now their lives are at risk. Support our allies who are persecuted because of their US affiliation.

almost 8 years ago
Congrats everyone!

From Iraq to America

I must say, if it wasn't for IRAP, I wouldn't be here in the US writing these words where I can feel free and safe, yes, IRAP's staff helped me in the time when I lost hope in the journey of leaving Iraq, never thought I'd make it with my family to the shores of safety after more than two years waiting on what seemed impossible to be granted, which was my SIV.

Iraq is going through very hard time now these days, many people had to flee their homes due the current violence and the possible civil war that might break out at any moment, IRAP must continues to work, it is a matter of life and death to those individuals and families. Help IRAP to help people like me, even more, people who might lose their lives while waiting for the help. IRAP gives hope, and in many cases, it delivers.

THANKS to our amazing supporters!

On behalf of the Iraqi Refugee Assistance Project (IRAP), many thanks to all of our incredibly generous supporters who have donated to this Fundly campaign! We have officially reached (and surpassed!) our first fundraising milestone of raising 20% of our campaign goal and we could not have done it without your support!

Great news! Our friends at Google will match every donation raised through this campaign!

Please continue sharing this campaign with your social networks so we can continue raising money to help our Iraqi and Afghan allies whose lives are in danger.

With gratitude,
Your Friends at IRAP

I am one of the Afghan interpreters which have been worked with US military for almost 3 year and now i am a banded stay in my house, cuz my face have been recognized by the insurgence, i cant' go out, i cant' work and there is no position available with US military too, it's almost 1 year that i am jobless and i really don't have money to spend, even no food.now IRAP is working hard to get me over here in the USA and i want from each one of u that please support and donate the IRAP to save our life the life of who which have been saved lot's of US solders life in Afghanistan and Iraq.

I served as a platoon commander in Helmand Province in 2010, where I had the honor or working side by side with many of these brave interpreters. Mohammad, my platoon terp, continued to fight for his country even after the Taliban murdered his father in 2009. He had the work ethic of a Marine, and we considered him one of our own. When Mohammad asked me to sponsor his visa, I quickly agreed because, in my eyes, he had earned it.

Although I had naively expected the process to take only a few months (given the brutal murder of his father), the bureaucracy I encountered was even more foreign than the land and culture of Afghanistan. The process dragged on for 3.5 years. During this delay, the Taliban kidnapped his then three-year-old brother for ransom

Fortunately, I was introduced to the wonderful folks at IRAP, who, like interpreters in their own way, shepherded me through this maze and helped me finally bring my interpreter and brother-in-arms to America. Now, they are helping me with his family.

All of the attorneys at IRAP could be making six figure salaries with their fancy pedigrees. Instead, they are devoted to literally saving lives. They are living proof that you don’t need a uniform to serve. I’m humbled to count them as friends.

Support from a US Marine turned Googler

I deployed to Iraq on three occasions with the US Marines, and worked closely with Iraqi interpreters, and the Iraqi Army. I am gravely concerned by recent developments in Iraq. Specifically, I am concerned that ISIS is targeting, persecuting, and often times killing people who supported US and coalition forces and their families. ISIS is also targeting women, religious minorities, and members of the LGBT community.

I wholeheartedly support IRAP’s work to secure the passage of these refugees to safer ground. These Iraqis are in danger, some of them are in serious and immediate danger, because of their association with US and coalition forces or minority status. IRAP has done some amazing work, and saved the lives of many, many people - but they need more resources.

Please donate to this campaign, and broadcast it as widely as possible.