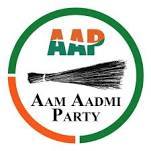 As a party born out of a historic anti-corruption movement, the Aam Aadmi Party holds itself to the highest standards of probity.

In April 2011, a civil society movement was born in the backdrop of big-ticket corruption scandals that came to light during the Congress-led UPA regime. A group of activists from varied backgrounds had come together to demand the enactment of the Jan Lokpal Bill – a legislation that had been stuck in Parliamentary committees for decades. With public anger against corruption building up with every expose that came from the news media, the demand for a strong law that could deal with a corrupt political establishment found widespread support among ordinary Indians. Under the banner of India Against Corruption, Indians rose up in protest against the government of the day, demanding the Jan Lokpal be passed immediately.

Spanning over two years, across hundreds of cities, towns and villages, lakhs of people mobilised themselves for this cause. Protest marches, gheraos of politicians, social media campaigns – a revolution had begun. Led by social activist Anna Hazare, thousands of people in several locations sat on fasts on three separate occasions to build support for the Jan Lokpal Bill, and pressure the government into acting on people’s demand. At the end of the third and final fast, despite all efforts of the IAC, the Parliament had still not come around to passing the Jan Lokpal.

The failure of the government to agree to the people’s demands was the result of the deeply entrenched corruption that had decayed India’s political establishment. A Jan Lokpal was directly detrimental to the interests of the political parties and their leaders. That’s when one section of IAC activists, led by Arvind Kejriwal, decided that the only way to rid this country of corruption was to join politics, enter government and clean up the system from within. Thus began the journey of the anti-corruption protest towards the political revolution called the Aam Aadmi Party.

The birth of the AAP on 2nd October, 2012 was a watershed moment in India’s political history. It suddenly opened the doors for common citizens, who had been watching the decline of the country’s politics and governance from the sidelines, to become a part of a political party. There were no barriers to entry that had caused traditional political outfits to become family fiefdoms or communal organisations. Women and men, old and young, poor and rich – all were welcome as aam aurats(common lady) and aam aadmis(common man) in this new party. The AAP pioneered the crowd-sourced model of electoral fundraising in India with small donations running the party right from the beginning. With the promise to end corruption from the system and put forth a model of alternative politics, the AAP made its grand entry.