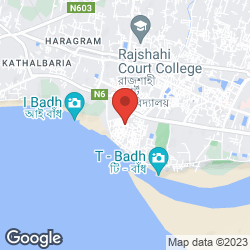 A simple help, change A life.

I have only seen from a distance what childhood looks like. I have never been able to meet in the distance. Because I had to deal with my lack of family. I understood what life was like for that little boy. Life was a lot of trouble for me in every position. And in the midst of all this trouble, I continued my studies. At times I thought if someone had helped me a little, then life would have been a little better for me. But without great creativity, nobody wanted to turn to me. In my many efforts and with the grace of the Creator, I have succeeded and realized that a man's life needs a lot of help that can reach his goal. It is my poverty that drives me to stand by people. And I create that inspiration in my own way. A help organization, Help, a simple help, change a life.

And with this slogan, on December 2016, I set up a support company. Whose purpose was to stand beside the helpless people of poor. Significant tasks are to provide warm shelter to the poor, to educate the neglected children of the society, to set up a small camp on the heads of those who sleep under the open sky. I did try and do something. Because at that moment I was involved in some business and some very close friends and well wishers were helping me. But I later played the push from my family. Pressure came from the family that I had to take a job and it happened and so I got hooked on a job. And at that moment my dream was ruined. I no longer shy away from serving people. The reason was that I was financially sound when I was in business but after entering my job, my income was limited. And that's why I had to move away from people. But I wish in my heart I would have been able or I would have helped someone a little. Then I would stand beside people again with a little help so I could change a life.