In order to help communities survive massive swarms of locusts, we are supporting families with food, seeds, agricultural tools, and other basic items.

Why Are You Giving?

With so many communities in East Africa struggling to protect against the impact of the COVID-19 pandemic, including strains on the food supply chain, the idea of an additional threat to this region already challenged with food shortages seems unimaginable.

Just months ago people in Kenya, Somalia, South Sudan and Ethiopia celebrated when the rains finally came last fall, promising to relieve the drought that had gripped the region for two years. Although the heavy rains caused flooding, farmers in the region could at least look forward to a rich crop yield.

However, the torrential rains brought another crisis: a serious and widespread desert locust outbreak.

How Dire Is The Situation? 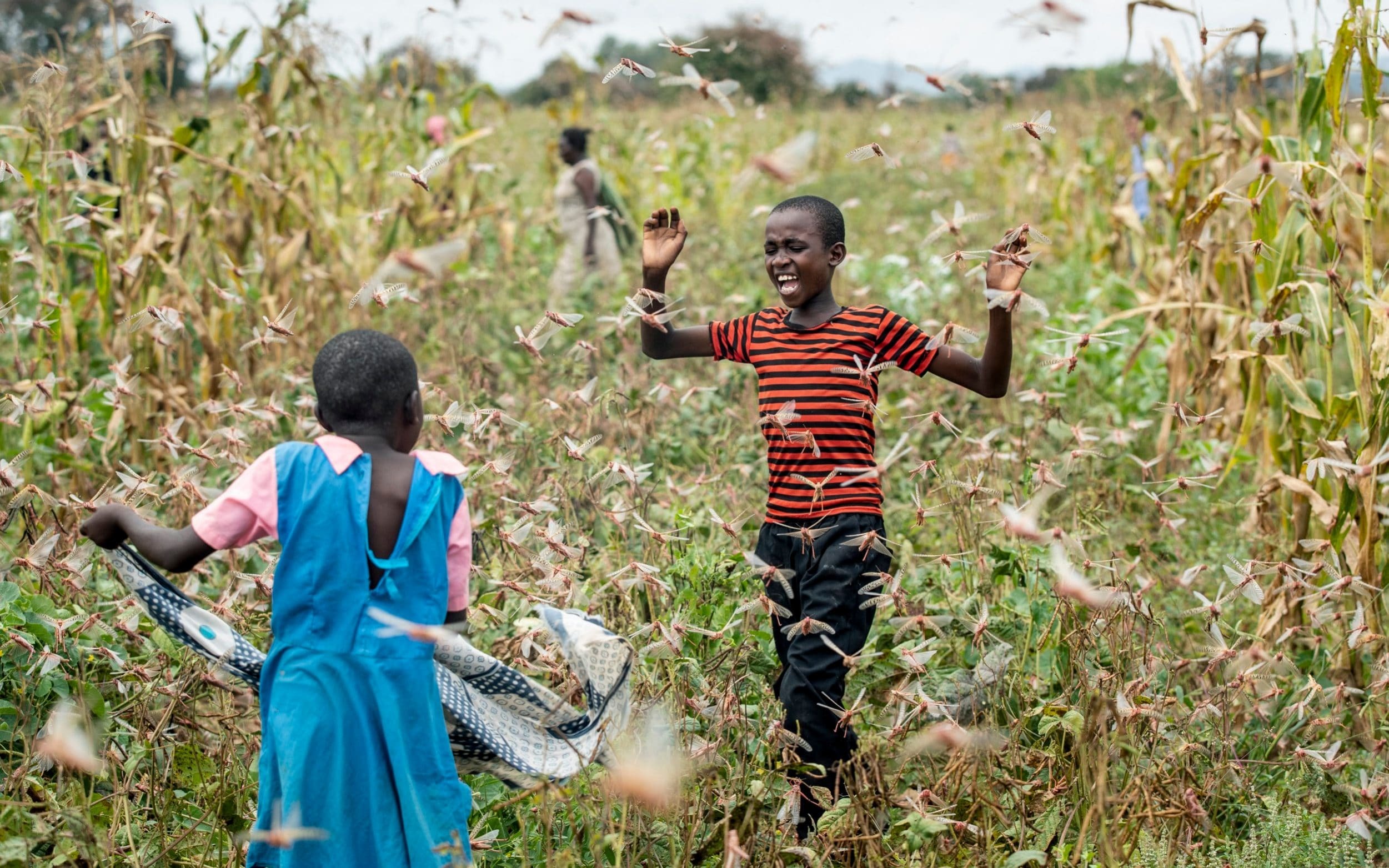 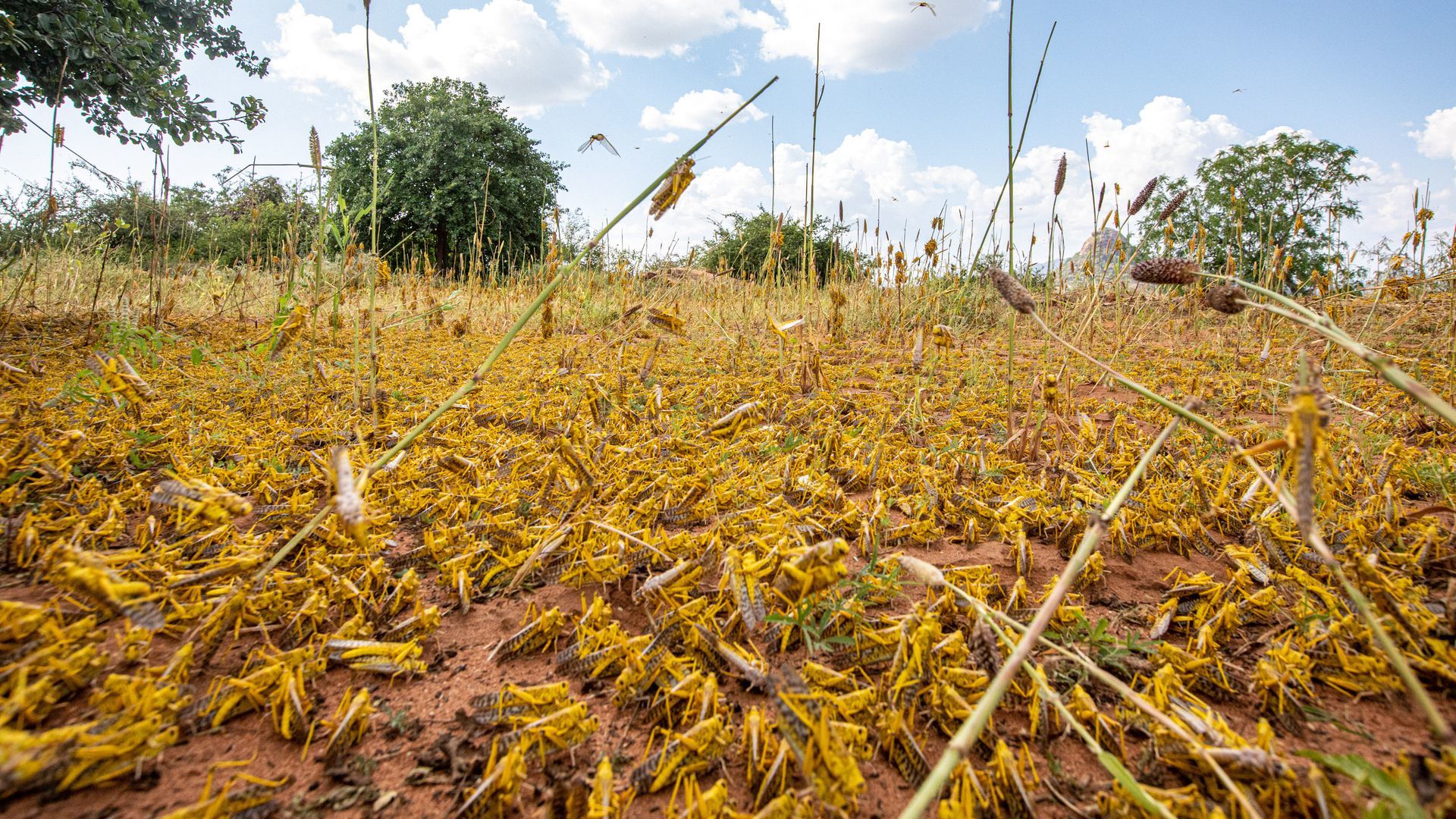 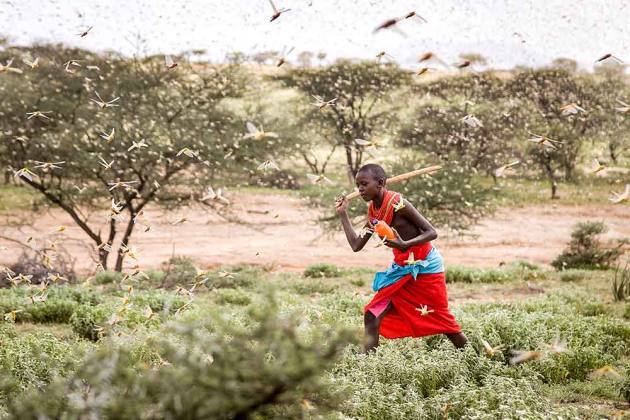 Desert locusts are the most destructive migratory pests in the world. Thriving in moist conditions in semi-arid-to-arid environments, millions of locusts have been feeding throughout East Africa, devouring everything in their path, posing an unprecedented threat to the food supply and livelihoods of millions of people. Farmers stand by as armies of ravenous insects eat their young, healthy crops; meanwhile herders watch the rangelands stripped bare before their eyes, and before their livestock can get to them.

Experts say the worst is yet to come. The U.N. Food and Agriculture Organization (FAO) predicts that the second wave of desert locusts will be 20 times worse than the plague that descended two months ago. The Guardian: Second wave of locusts in east Africa said to be 20 times worse, April 20, 2020.

Ethiopia and Somalia had not seen such severe desert locust outbreaks in more than 25 years, Uganda in 60 years, and Kenya in 70 years (U.N. Food and Agriculture Organization). The lack of infrastructure to address the locust invasion is deepened by COVID-19 restrictions, which can slow the air and ground spraying of pesticides and disrupt the supply chains of the necessary products needed to prevent these pests from wiping out crops across the region.

A locust infestation of this size and magnitude over a period of one or more years is referred to as a “plague.” In the middle 2019, desert locusts began to descend on countries in the Horn of Africa and East Africa.Please HELP!

One square kilometer swarm can contain about 40 million locusts, which eat about the same amount of food in one day as 35,000 people. An average swarm can destroy crops sufficient to feed 2,500 people for a year. Sometimes as many as 80 million locusts crowd into each square kilometer of the swarm, and they can travel more than 90 miles in a day (BBC). The U.N. Food and Agriculture Organization reports the insects destroyed more than 175,000 acres of farmland in Somalia and Ethiopia by the end of December. The sheer size of the swarms in Kenya and Ethiopia give rise to great concern over even larger swarms during harvest season.

At a time when the U.N. is estimating that the number of people suffering from hunger could go from 135 million to more than 250 million in the next few months, many of these are likely to be in East Africa. The task at hand is ensuring food security for these communities and, after this infestation, help prepare them for the next agricultural season.

Your donation will be used to buy relief food for populations that are at risk of starvation. 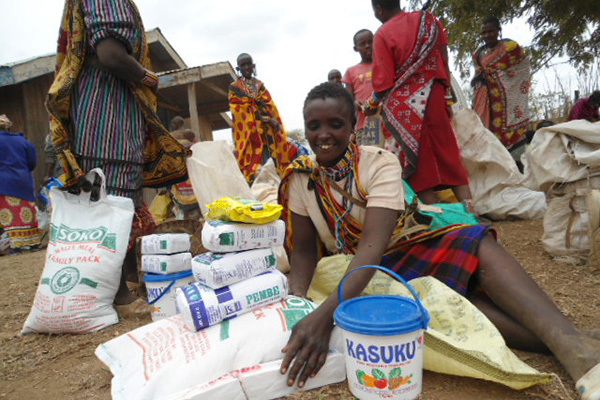