From Save Our Schools Network

Your donations will empower and sustain the Lumad children by meeting their basic needs, providing therapy, and supporting the continuation of their education as they continue to campaign for their rights.

Save Our Schools Network

Let's sustain the Bakwit School which is the last Lumad school standing, whose students carry the calls of their communities back in Mindanao. Having been under lockdown for over a year, the makeshift school has been especially cut off from its support systems. In light of the Feb. 15  police raid on the Bakwit School in Cebu and illegal detention of students, as well as the June 15 massacre of 3 Lumad, including 1 child and 1 youth, it is especially necessary that we ensure the security and wellbeing of the Bakwit School students. How can you help defend Lumad (Indigenous) students’ right to culturally-responsive education and fight for empowerment  free from dangers posed by systemic abuse and violence?

Become a donor of the Save Our Schools Network to provide sustainable & ongoing support! Just a few USD a month can go toward providing food security, physical safety, and mental health services for children under attack by development aggression and militarization.

Keep reading for more context and for a breakdown of where your donations will go.

SOS Network is a Philippines-based, internationally recognized network of child rights advocates, organizations and various stakeholders working together to shed light on and take action against the prevailing violation of indigenous children's right to education. In the context of worsening culture of impunity, neglect of basic social services, and rights abuses against the marginalized communities in Southern Philippines, SOS network has for six years dauntlessly bannered the call for the right of indigenous children to live, study, play and develop!

What are the stakes?

Children's rights violations are rife in the Philippines, including the military occupation of schools, the forced closure of indigenous Lumad schools and interruption of education. On June 15, 2021, Angel Rivas, a 12 year old Manobo (indigenous Lumad tribe) child, her 21-year-old sister Lenie Rivas, and farmer Willy Rodriguez, were brutally murdered by Philippine government forces while harvesting abaca fibers in their community of Lianga, Surigao Del Sur, in southern Mindanao.  It was subsequently revealed that the sisters, Angel and Lenie, were violently sexually assaulted before their murder.

International laws covering conflict situations expressly prohibit the use of public infrastructures such as schools, hospitals, and rural health units for military purposes. Over recent years there has been a recurring violation of child rights which gave birth to the SOS network. One of its most urgent mandates is to help the rural children continue education even in evacuation centers, thus the phenomenon of Bakwit (Refugee) Schools.

Since the unlawful closure of 178 Lumad schools in Mindanao, a viable alternative to continue the children’s disrupted education became SOS network's thrust. Fleeing from the onslaught of guns, and air strikes of the Duterte government, the children have sought shelter among kindred spirits in the academe and religious institutions. Evacuation centers have since been the home of close to 1,000 indigenous families. These have also served as the venue through which the children’s education can be pursued, thus the creation of the Bakwit Schools (schools for refugees).

SOS remains a valuable and relevant campaign for the right to education of Lumad (and all children). Its work has become even more important in the face of the government's unrelenting attack against the Lumad people. At the root of this issue is the indigenous people's struggle to defend their ancestral homes from the landgrabbing and extractivism of big mining, energy and other profit driven projects. Child right advocates, community teachers and human rights workers are continually being criminalized, slapped with trumped up charges, illegally detained and even killed.

The Covid 19 pandemic has compounded the situation. The Bakwit Schools such as the one  accommodated by the University of the Philippines has been cut off from the outside world which used to sustain it. More than a year of lockdowns has prevented the material and financial support from  religious institutions, corporations, teachers and well-meaning individuals. It is only through the Lumad’s innate character of self-reliance and collective strength that the bakwits have continued to survive and endure this very dark age of hunger, pain and suffering.

Where do funds go?

Your donations will support the Lumad children to meet their basic needs in evacuation and help them in their struggle for education as they go through these very trying times.

$2 can feed a child 3x a day in the evacuation center;

$75 can support lumad defenders for their sanctuary and other emergency needs.

$300 can provide mental health therapy for a month,

How will funding be implemented?Steeped in the practice of shared responsibility, the SOS continues to be at the forefront of the human rights movement amidst the unrelenting violence of the state forces.

1. SOS will handle legal clinics for indigenous leaders and advocates facing trumped up charges and facilitates sanctuary for lumad and land defenders under threat. It provides psycho-social consultations to some of the most affected Lumad children and their parents. There is an urgent need for the assistance of legal counsel and lawyers to continue dispensing legal clinics.  A sanctuary for those under threat is very much needed.

2. In the Bakwit schools, away from their ancestral homes, the IPs’ don’t have access to their traditional sources of livelihood. As the evacuation centers receive no financial support from the government, they are forced to rely on donations from allies in civil society to sustain themselves and their families. Your support to meet the basic needs of the children and their parents will sustain them as they continue their struggle for education, defense of their ancestral lands and social justice for the victims of militarization.

3. Despite the formal closure of the Bakwit School, alternative learning classes has been offered to the lumad children who cannot cope up with the current learning systems.  Special modules have also been designed to help the children make the most of their stay as part of their learning experience. Hence, continued alternative learning classes for lumad children who cannot cope with the current complicated, strenuous learning systems such as text heavy modules from the Dept. of Education and expensive online classes.

Any additional funds will be allocated appropriately through a collective decision-making process. For example, funds could go toward things like emergency medical expenses, urgent evacuation, psychosocial consultations or disaster relief in the case of a typhoon or earthquake. 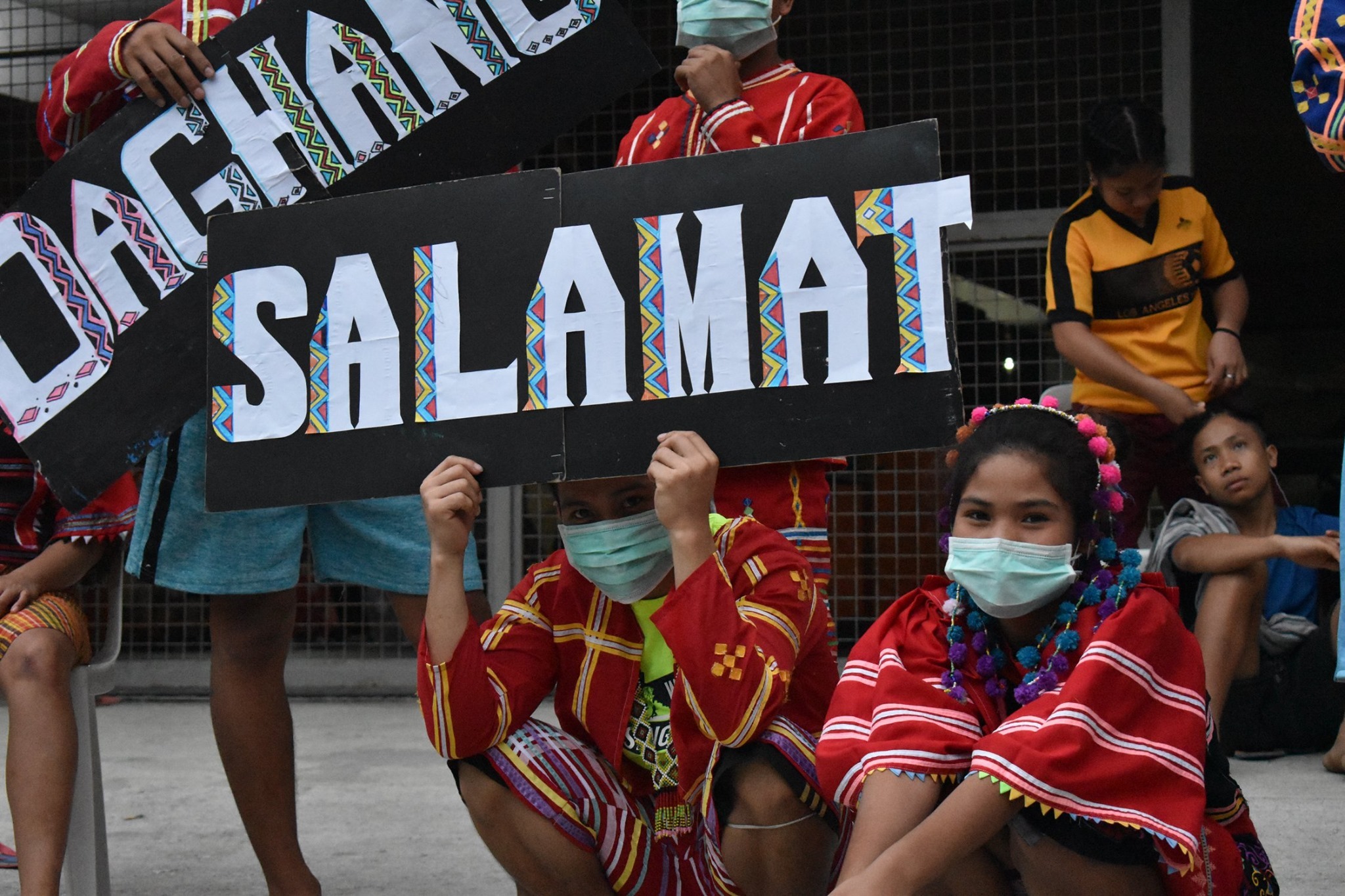 Help Save Our Schools raise $10,000 by making a donation.