Dabbling in Suicide -The Serial Novel from the Silk Road

Dabbling in Suicide -The Serial Novel from the Silk Road

All good things must come to an end. It's time for me to give this part of my life the send off she deserves.

In 2012, the world didn't know it yet. But it was never going to be the same. But, we did. The word bitcoin was a punchline. The media had already pronounced it dead eight times.

So many people, with such short vision.

The world didn't know the name Ross Ulbricht. In that moment, he was invincible.  We were invincible. And who he was, a ghost god, he was the Dread Pirate Roberts. And we were his undying fangirls.

But while DPR was showing the world the power of a marketplace, free from interference. I was  entertaining the rabel. With these words. 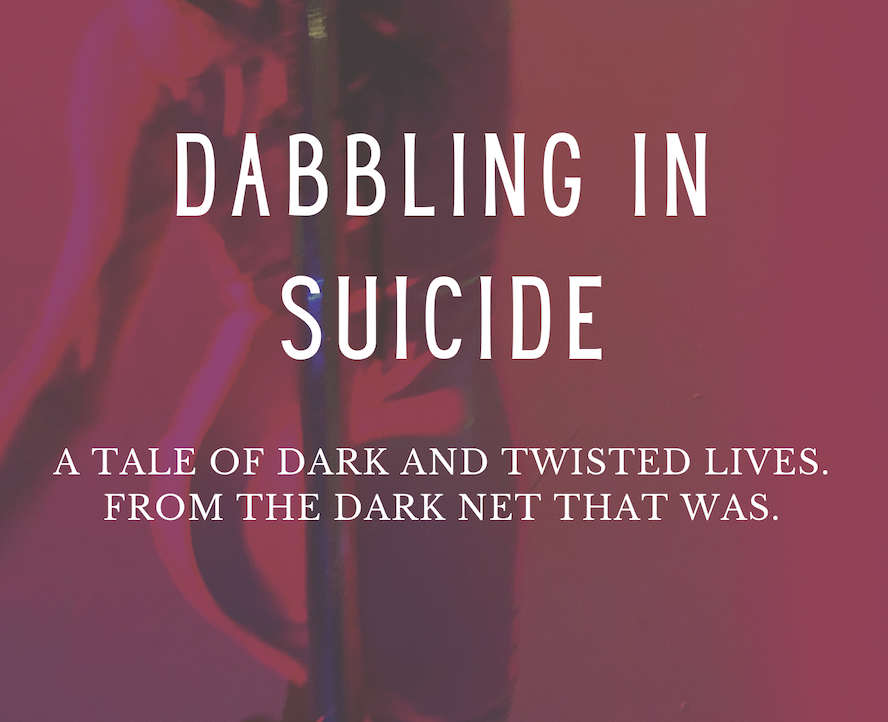 Dabbling in Suicide was my white whale. The book that would taunt me my adult life.  My manic depressive brass ring. Just out of reach. Giving me words I would read and be shocked I had written.

Followed by garbage, for months. Years. Stuff that redditors would cringe at. And when I would give up and get on with my life. She would give me a few more intoxicating chapters, just one hit more to keep me addicted. And so this was MY drug, in the drug marketplace that would change the world.

So my innovation wasn't a hidden market accessible by onion router. It was creating new addicts, in a sea of the addicted. Addicts to these word.  My words. When they would come. And since I didn't know when or at what volume they would come, I

would dole them out slowly. Page. Pages. Paragraph. I laid a breadcrumb trail of this tale.  And put my free samples on display, on the pages of  the Silk Road Forum.

A serial novel. Not by design, but of necessity.  No one noticed for weeks. Moinths, maybe? Time dilation is real and a year in bitcoin is AT LEAST 10 mortal years.

Until the whole forum was a sea of fans of my pulp serial made of ones and zeros. There was no schedule. Pages came when they came. And that's how you hook 'em. I did to them what Dabbling in Suicide was doing to me. Made them crazy.

"How many bitcoins for two new pages?"

Strung the fuck out on words. Gifts without asking. Offers of travel, most I would turn down. One dear sweet man paid my daughters surgery bill when I said I wouldn't be writing for awhile, because I needed to 9 to 5 a bit to pay for the doctor I have often thought that this is what OnlyFans royalty must feel like. 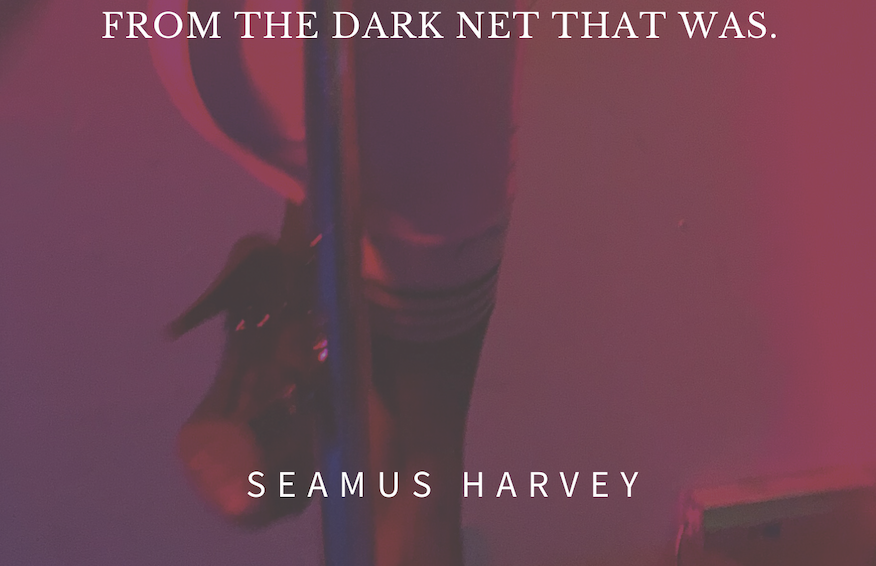 But all good things must come to an end. October 2nd, 2013, the day the music stopped. DPR had fallen. i had flown into Atlanta a few days early for one of the first major bitcoin events. An IRL inaugural meet and drink celebration , with the online only crowd, became a wake.

And from his ashes we watched an idealistic boy, with a beautifulsoul, endure the most egregious of torments. Hello Ross, I'm so sorry for what they did to you For what they are still doing to you I was at your sentencing, where they let the mom of an Australian kid, 13? 14 maybe...who died from overdose,  she lay her tragedy bare in front of the courtroom. Nevermind, that the prosecution had already acknowledged the drugs that killed the boy were most likely not obtained from the Silk Road.

I vomited. In my hat. I just abandoned it under the bench in the courtroom. Know that they will build cities to you, on distant worlds that have outgrown our puritanical need to pretend we can control anything at all outside ourselves.

Like my vomit hat, Dabbling in Suicide was abandoned. The feds seized the forum. And my anonymous fanbase with it. I imagine a disk image of the board packed away in that warehouse from the ]end of Raiders of the Lost Ark.

And nobody knows how the book ends except me. No one. That catharsis was taken down with the server. The week before the raid, I had actually agreed to sell Dabbling in Suicide, for bitcoin, to a forum OG. For what would be the GDP of a midcap nation in today's market. I try not to think about it. I thought about it the end on 2017 and I almost did more than dabble in suicide.

I have tried to release the book a few times. But the plan, or the partner felt wrong or fell apart. So I would kill it each time. Before, I hoped, anyone would notice.  Someone always noticed. A search engine alarm, somewhere would go off. And everytime. A stranger's name, with enough of an inside joke wrapped around it would find me. And remind me, that this topsy, turvy, twisted story of mine, was good.

All good thing must come to an end. And that's why we're here.

You're reading this. So you found it. But you didn't find it in a promotional campaign. Or a facebook ad custom tailored to youronline viewing habits.

You found it written on the wall of a filthy bathroom, down one ofthe many alleyways the internet use to revel in, but have now forgotten.

But this is the last stand. Dabbling in Suicide learns to fly here. Or it flames out whenever I do. I'm in no hurry. I haven't rushed it so far. Why stop now. My life is entirely different from back then. And this weird low key, internet sampler platter,  easter egg hunt is the end of my inputs to DIS.

But, I would really love to see her in print.

And send a copy to the Captain. Even if they confiscate it.

All my cards are on the table. Let's play.

***A NOTE ABOUT THE PROCEEDS OF THIS SALE

I will probably donate some to FreeRoss.org, and I spend most of what I have these days trying to make trans BIPOC sex workers     have a place to call home and feel safe.  I'll probably do some of that with the money too.

I honestly don't think anyone is going to find this. But I will keep updating. We will see.

Campaign extends until the goal is met. Books will start printing after the goal reaches $21,000