Caleb will be participating in a Charity BJJ tournament which Raises money for Charities like Alex's Lemonade stand and the American Cancer Society. Each Competitor is Charged with getting as many donations as possible.

Caleb lost both of his grandfathers to cancer.  His mother's father (Ralph) past away before he was born and His father's father (John) he had a very close relationship with when he was younger.  Ralph had a short battle with cancer that he lost in the early 2000s. John Battled Multiple Myleoma for 13 years after which he past away in his home.  Caleb has decided to dedicate his performance at the Tap Cancer Out BJJ Tournament to these two wonderful men.  All donations will go to foundation's like Alex's Lemonade stand and The American Cancer Society. 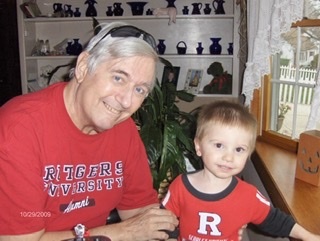