Joe Bramwell and his family are in need of prayers and financial support. They have major medical bills due to 3 back surgeries, 2 ambulance rides, 3 ER visits, and MANY days in the hospital.

June 19- First surgery this year to fix a bulged disc in his back. 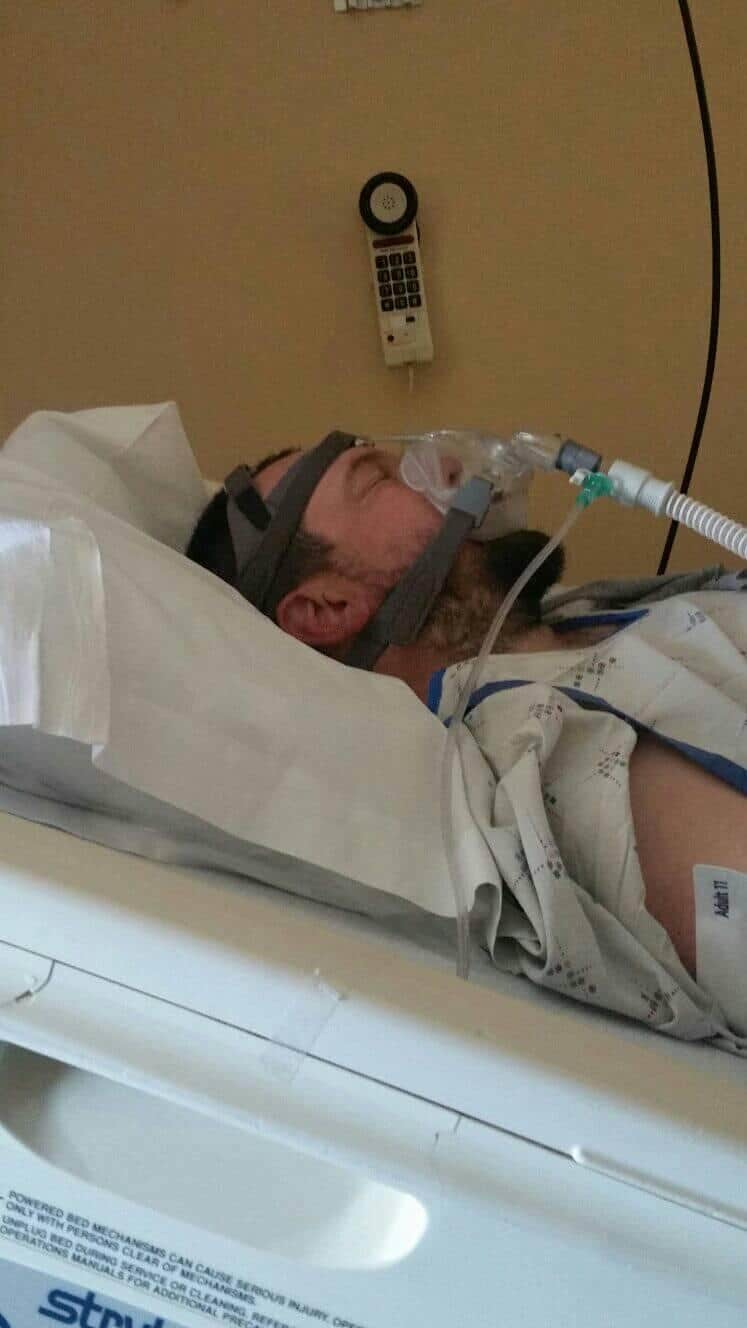 June 25- Children in a car accident (youngest daughter goes to ER via ambulance because the seatbelt was faulty and she went through the window. Van totaled.  (His children are healed and doing well, but they now only have one vehicle.) 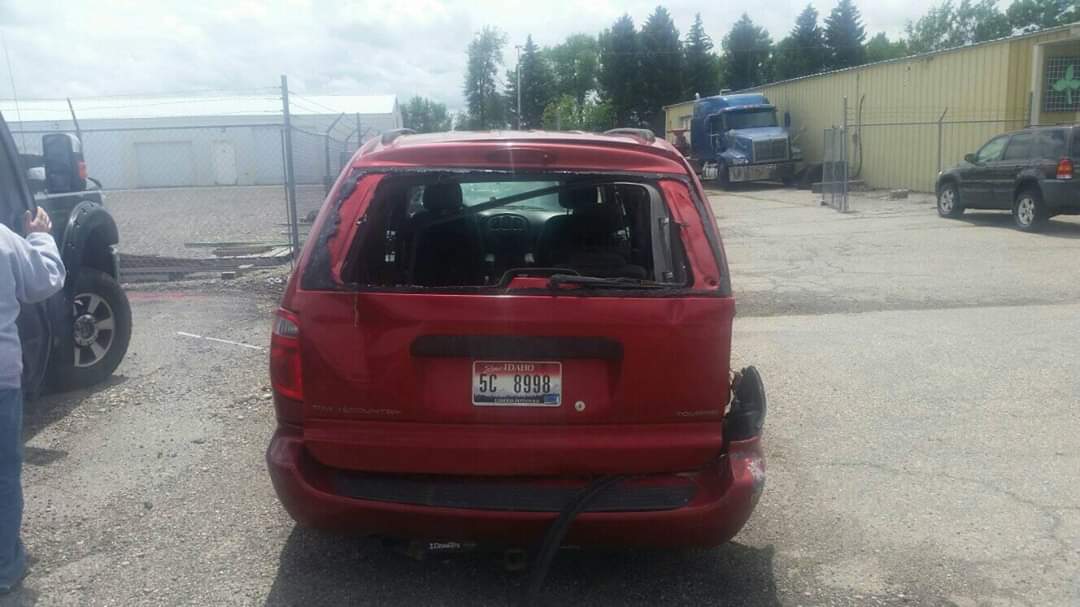 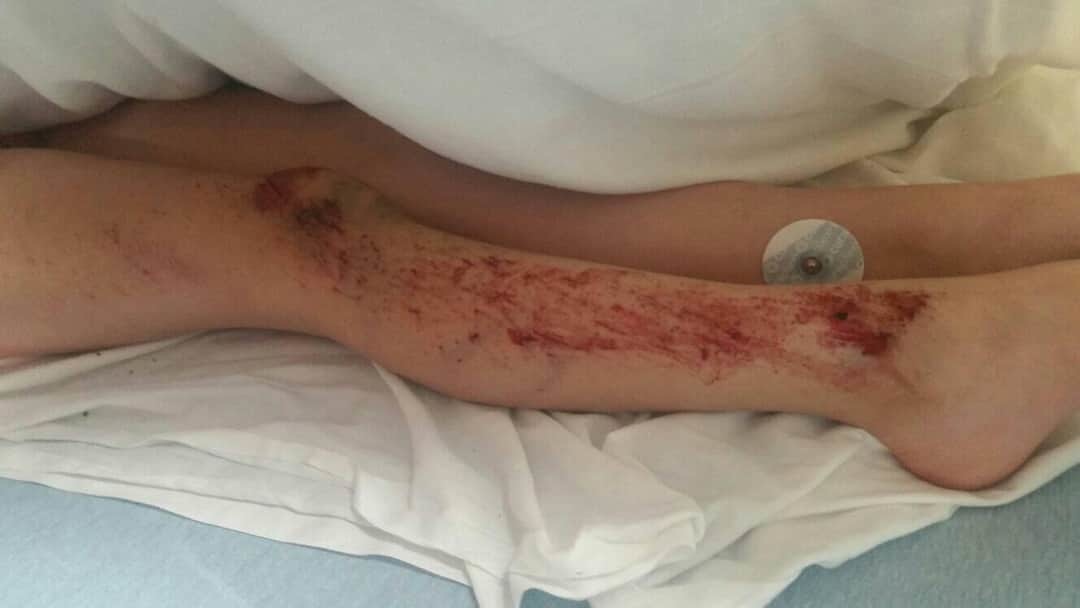 July 1- Joe is in tremendous pain and is taken to the ER.  Re-herniated his disc.  Ambulance ride from Rexburg to Idaho Falls.

From Ashley:  Due to his high pain they decided to transfer him via ambulance to EIRMC . I rode with him. They gave him high dose pain meds, but then he stopped breathing. They had to pull over the ambulance and get him stabilized. Made it to EIRMC, where they couldn't believe how much pain he was in... unfortunately they had to take him for some very painful x-rays... then he was admitted to the surgery floor.

July 3- 6 hour surgery   Joe's disc had ruptured and the doctors had to operate from the front and the back. 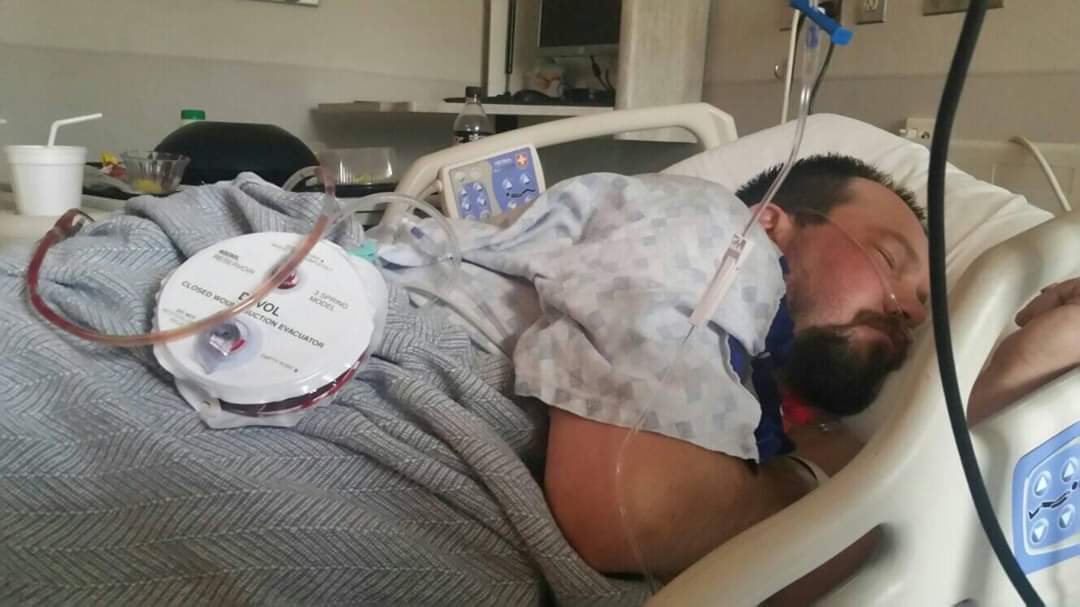 From Ashely:  "6 hours and 2 surgeons later joe is all out of surgery. It took a general surgeon to open up his stomach, move all his organs, and disect the arteries away from the spine so the neurosurgeon could get to the front side to place the fusion. Then they put everything back, sewed him up, flipped him over and went through the back. On the back side he thought he was going to find a large bulge, but he didn't. He said it looked like a bomb exploded. There were pieces of disc everywhere (this is why it took so long) he took extra time to make sure he got everything possible and placed the fusion. When I left Joe was still groggy and didn't really know I was there, but his leg pain was less than before surgery and he had good movement and sensation in his legs and feet. I'll say it was the longest 6 hours of my life... I did a lot of pacing today. I'm exhausted, running off less than an hour of sleep. Doubt I'll get any tonight." 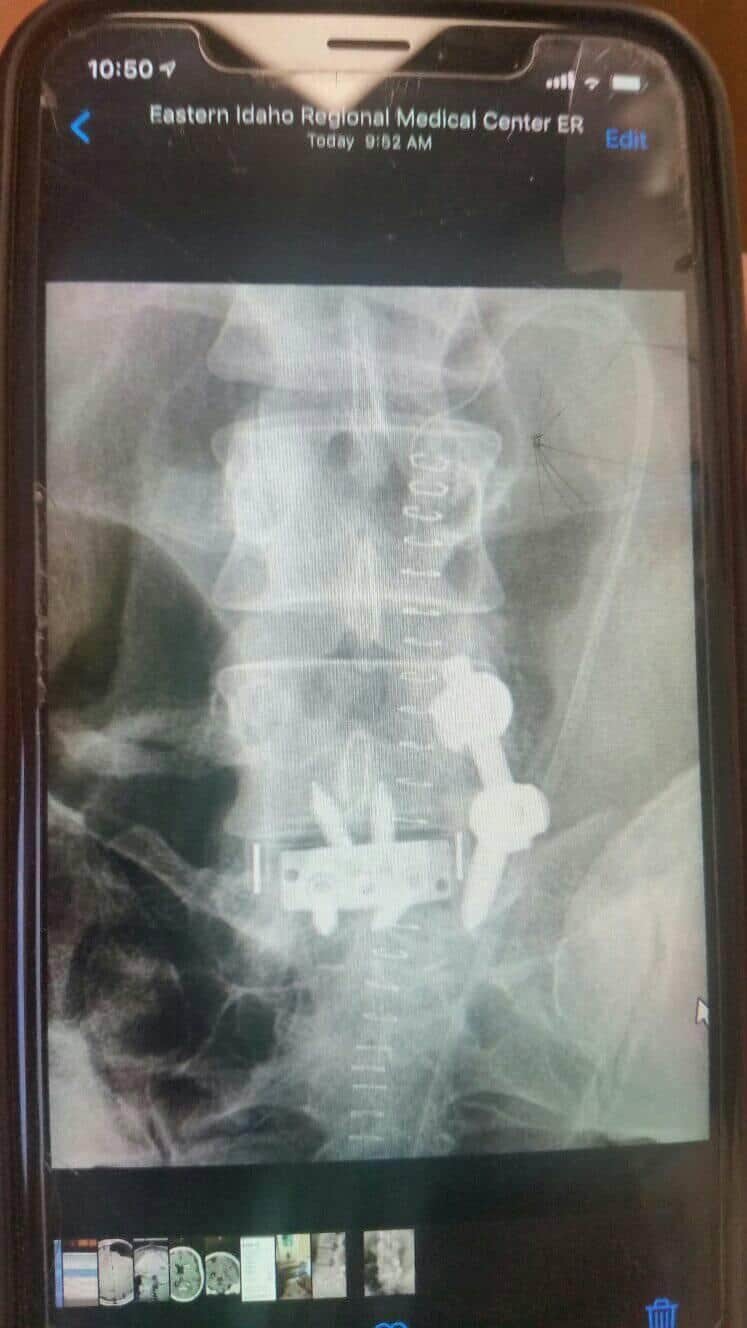 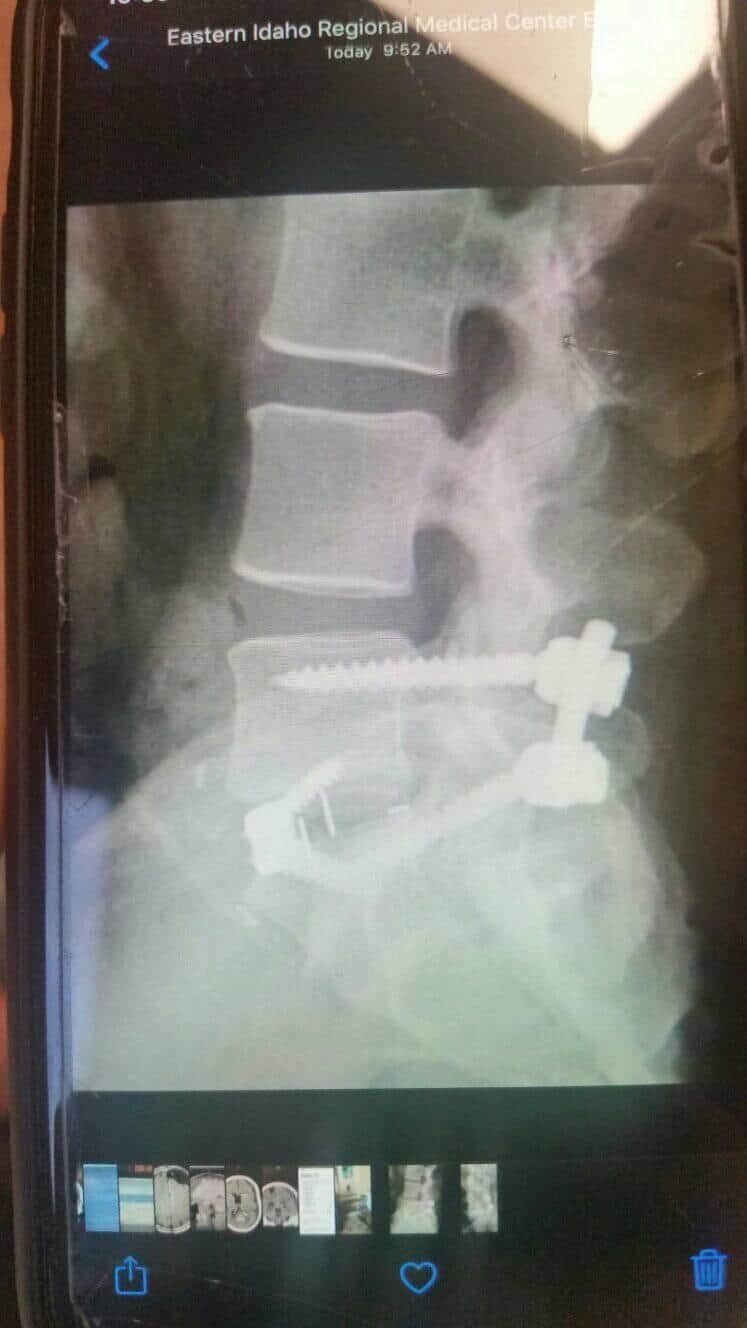 He was doing well, up and walking... pain level not too bad. Got his staples out last week. Then a couple days ago he started having more pain... leg pain. Today when I got home from work he couldn't get off the couch on his own. He complained about cold sweats. I asked him about his pain meds, made him take Tylenol and then took his temp... yep.... 101. So off to the ER we went. The did and MRI.... there may be infection... but he's not sure. He wants to play safe and do surgery. Go in, drain, culture, and then put in a couple drains.... this means staying in the hospital for 3-4 days... and most likely going home with a pic line and iv antibiotics for a while. Prayers are much appreciated.... we could sure use a break.

Not the update I want to be giving, but joe is much better today, the fluid they drained has relieved his pain. Unfortunately we just found out he has MRSA in his blood.... so it's gunna be a long haul. Thank you all for your prayers, my family is doing a fast tomorrow for him for any who would like to join.

Unfortunately today we found out that joe's surgery site has also now tested positive for MRSA. This means a much longer recovery time. When he does get released from the hospital he will be on iv antibiotics. We are still unsure if we will be able to do that at home, or have to come to the hospital everyday for that treatment. Joe is having a really hard time mentally with all this, so if you could spare an extra prayer of comfort as he just wants to be home and with his kids. Thank you all 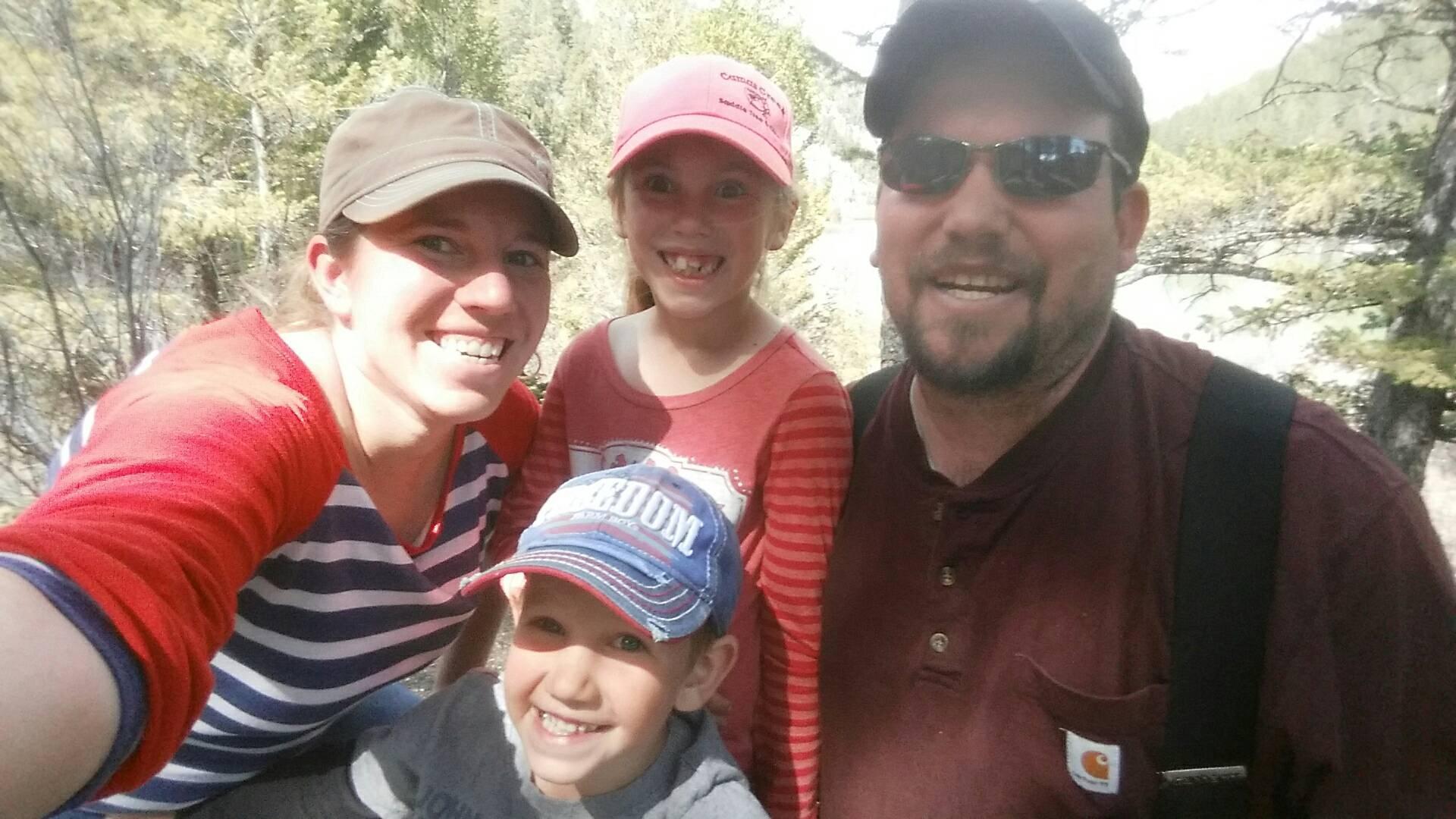