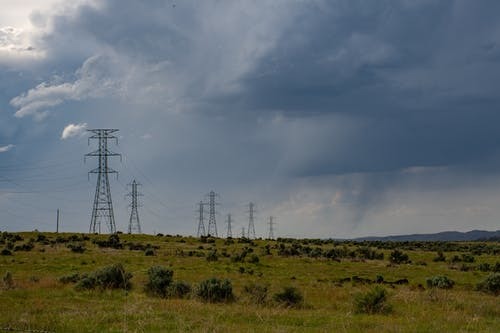 About the PlantTape Automated Transplanter

The PlantTape 3-point automated transplanter places seedlings into the soil without humans needing to handle each transplant. This reduces seedling shock and results in healthier plants. Additionally, because the seedling transplanter is automated, it needs only 2 workers plus the tractor driver. Contrast this to the large transplanting crew needed for other transplanting systems. In fact, growers who adopt the PlantTape system are often able to reduce transplanting labor costs by 80% while improving crop yield.

About the PlantTape Automated Transplanting System

Sowing the Seed in the PlantTape Material

However, the PlantTape process begins long before the transplanting phase. A grower ships their seeds to one of PlantTape’s sowing facilities, where the seeds are stored in a climate-controlled room until sowing time. Come sowing time, seeds are sown into PlantTape’s proprietary seed tape. After the tape is sown, it is palletized and shipped to a commercial nursery (or, if the grower has their own greenhouse operations, to the grower’s nursery), where germination occurs once the tape is watered with standard irrigation.

Because PlantTape’s seed tape is dry sown, the seeds remain dormant until watered. This means that growers can choose when to germinate their seedlings. It also gives a certain amount of logistical flexibility to nursery operators and growers to activate germination on a timeline they select.

Once the nursery trays of PlantTape seedlings are germinated in the greenhouse, another PlantTape benefit appears.

Beyond the obvious efficiencies PlantTape brings to the field, it revolutionizes greenhouse operations by allowing nurseries to throughput two to three times more plants. This increased throughput is due to two primary factors: shorter nursery growing cycles and more compressed use of floor space.

Unlike conventional nursery and transplanting systems, PlantTape seedlings can be transplanted at any stage of growth. Not only does this provide a significant logistical advantage to growers—enabling them to plan around weather events, labor shortfalls, and other circumstances—it also allows nurseries to have shorter growing cycles.

Conventional transplants must be kept in the greenhouse long enough to reach a level of maturity at which they can withstand being manually pulled from their celled trays and fed into the transplanter. A too-young, fragile transplant would break under these conditions.

With PlantTape, in contrast, manual pulling of seedlings never occurs, since the planting modules on the transplanter cut the plant tape between seedlings and place each plant into the ground. Handling of the seedlings by humans does not occur with the PlantTape system.

Because seedlings can be transplanted at any stage of growth, nursery growing cycles can be compressed, allowing a nursery to rotate more seedling sets through in an equivalent amount of time as compared to conventional nursery models.

A PlantTape transplanter can hold almost sixty thousand seedlings and, depending on the commodity being planted, can transplant anywhere from 2 to 7 acres per hour with a crew of three, including the tractor driver.

The seed tape from the nursery trays is clipped together, tray to tray, and fed through the planting modules. Each planting module places each seedling into the soil according to precise depth and spacing settings.

Operators can alter plant to plant spacing on the fly. Row to row spacing can be modified in the field, and planting modules can be added or subtracted, allowing for a wide variety of bed configurations.

The PlantTape transplanter is the ultimate flexible transplanting machine, and is crop agnostic, meaning it can plant a wide variety of commodities with minimal adjustments. It is easy to learn and easy to operate.

PlantTape is suitable for transplanting most types of vegetables, including broccoli, lettuces, chard, kale, onions, leeks, cabbage, and much more. It is also ideal for tomato and hemp transplanting. To learn more about the innovative PlantTape automated transplanting system, check out the company's website at https://www.planttape.com.