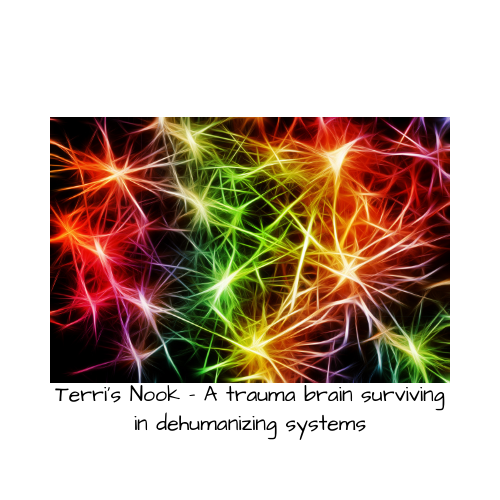 All we need is a Chance!

All we need is a Chance!

We are raising money to relocate away from our abusers, purchase a trailer or camper to live in and a plot of land to put it on. This establishes safety and freedom to heal while allowing us to grow and thrive..

September 4, 2019 we were good. Winter housing was set to be a sea container we were allowed to convert into an artist/word studio with a bed. Converting it was being researched and priced by us. The following day, Wolf had an accident at work and reported it that night before going to the emergency room. The next day, Wolf called the office and reported he had to file a Worker’s Compensation per the hospital. Later the same day, he received a call from his boss who stated, ‘We have a trust issue now. What are you going to fall on my property and sue me.’ Three days later, Wolf signed a notarized eviction notice agreeing to be out November 1, 2019. His boss has since resorted to being short and business-like only.

The call was unexpected and very different from the weeks before where the rapport between them was friendly and somewhat relaxed. As I write this, the day after my birthday, we still have no idea what happened or if what he had his secretary write up is the truth.

Every person lives what he or she learned unless the person behaves or acts differently. For me, I learned to survive and then fight back severe emotional abuse over fifteen years. I still live in tremendous shame, pain, guilt, embarrassment and isolation as a result of the psychological injury given to me, Chronic Post traumatic Stress Disorder and anxiety, depression, some OCD’s and social anxiety. After my suicide crisis (suicidal ideation) and welfare check in 2015, I began therapy and made progress though not enough. Wolf and I ended up in two additional toxic situations.

First, at his fathers and then at my mother’s. While temporarily living with her and her spouse three critical events occurred.

After exhaustive toxicity from her husband against Wolf, my mother and myself, Wolf and I ran to a campground on April 29, 2019. Since then I have been thriving in small yet critical steps. This despite most of my family’s misunderstanding, stigmas as well as their stubbornness on what “the right way” to heal and recovery is”. Sadly, they are only re-enforcing the emotional abuse, toxicity, gaslighting and wrong beliefs I have endured for decades.

Now, I am choosing to focus on achieving the chance we need so Wolf and I can thrive. However, we cannot do that until we find safety.

How it is changed

We realized “All we need is a Chance”. However, the first need is to relocate to a place we can feel safe and that is away from our pasts. His father will not stop looking for us because to him his son is his possession and I am to blame for the loss. He nor my father will share. We have tried. After the eviction, my sense of safety is SHATTERED and there is no real other option. I was doing well. I want to return and exceed my prior level.

There are so many other people in similar positions. Until we can find safety, build some economic security and beginning obtaining our financial future, we cannot pay it forward and provide an opportunity for another victim, survivor and warrior to feel safe, survive and thrive the way in the ways they can, not the ways expected or demanded by others.

Will you help us settle in a safe place so we can succeed? Want to learn more, please visit my new blog at https://terrisnook.wordpress.com/! There, you can find information on all of the above and more! More added weekly. We look forward to seeing you there!