A Greenhouse for a Homeless Shelter

A Greenhouse for a Homeless Shelter

This project will install a donated 16 x 32 foot greenhouse in which we will grow produce for the Wyoming Rescue Mission. We are an all volunteer organization, so all donations go to setting up this greenhouse.

This project will install 16 x 32 foot greenhouse at our garden site in Casper, Wyoming. The greenhouse was donated to our project (more on what we do below) this fall. Our goal is to have it reassembled by the end of September. As with our main garden, produce grown in the greenhouse will be given to the Wyoming Rescue Mission. To complete this project, our budget is $2,500. The garden is completely staffed by volunteers so donations will only go to cover the material costs of reassembling the greenhouse at our garden site and adapting it for winter use.

This year, we built and tended a 28 bed 1000-square foot raised bed garden. All the produce grown at the garden was given to the Wyoming Rescue Mission, a homeless shelter. The goal of our project was to provide them with a continuous source of fresh, healthy produce. We began in March by building a small greenhouse where we started tomatoes, cabbage, broccoli and squash from seed. 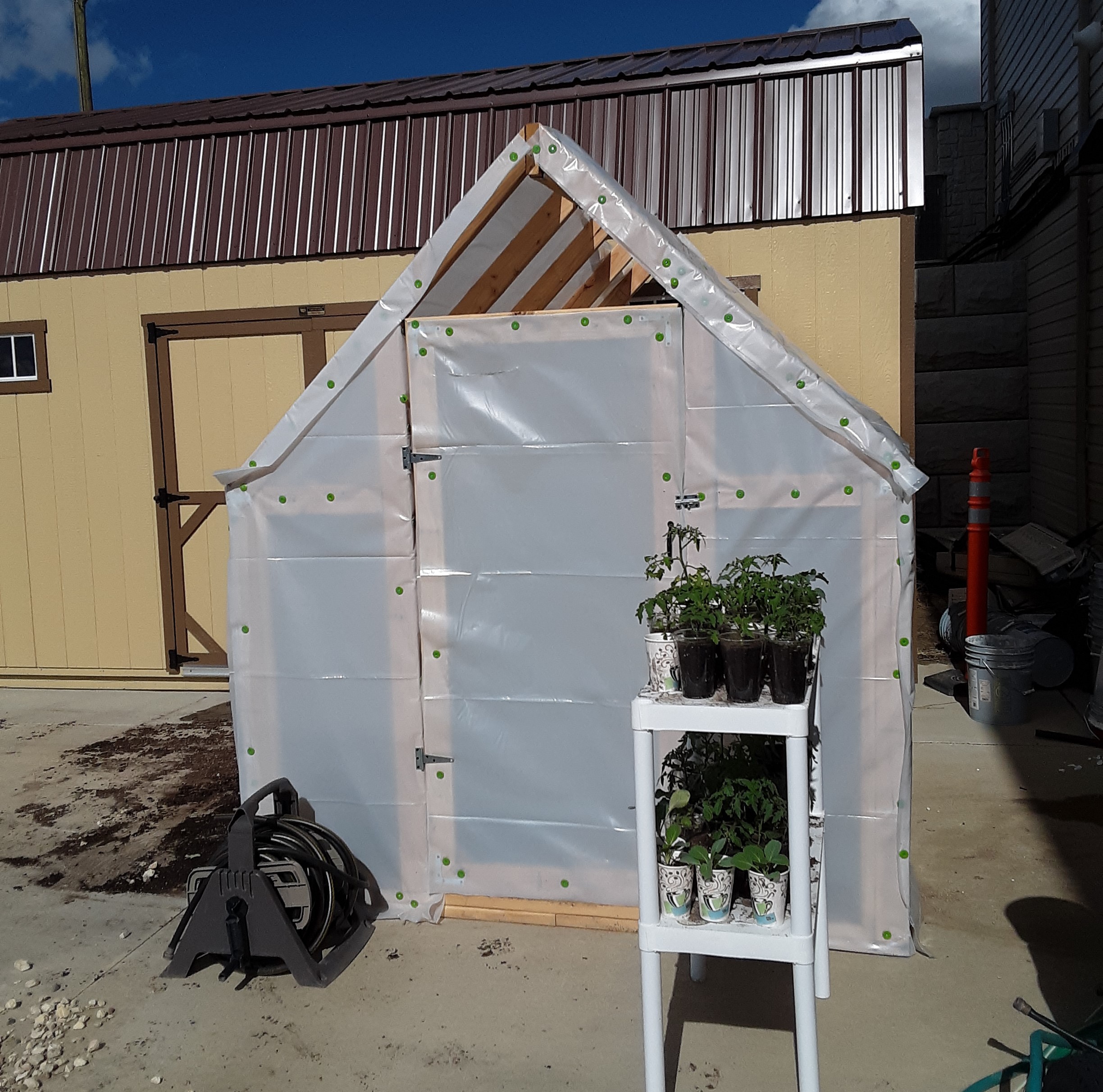 In late May, we scraped the land where the garden was to be located and built. We then assembled and filled the 28 beds. 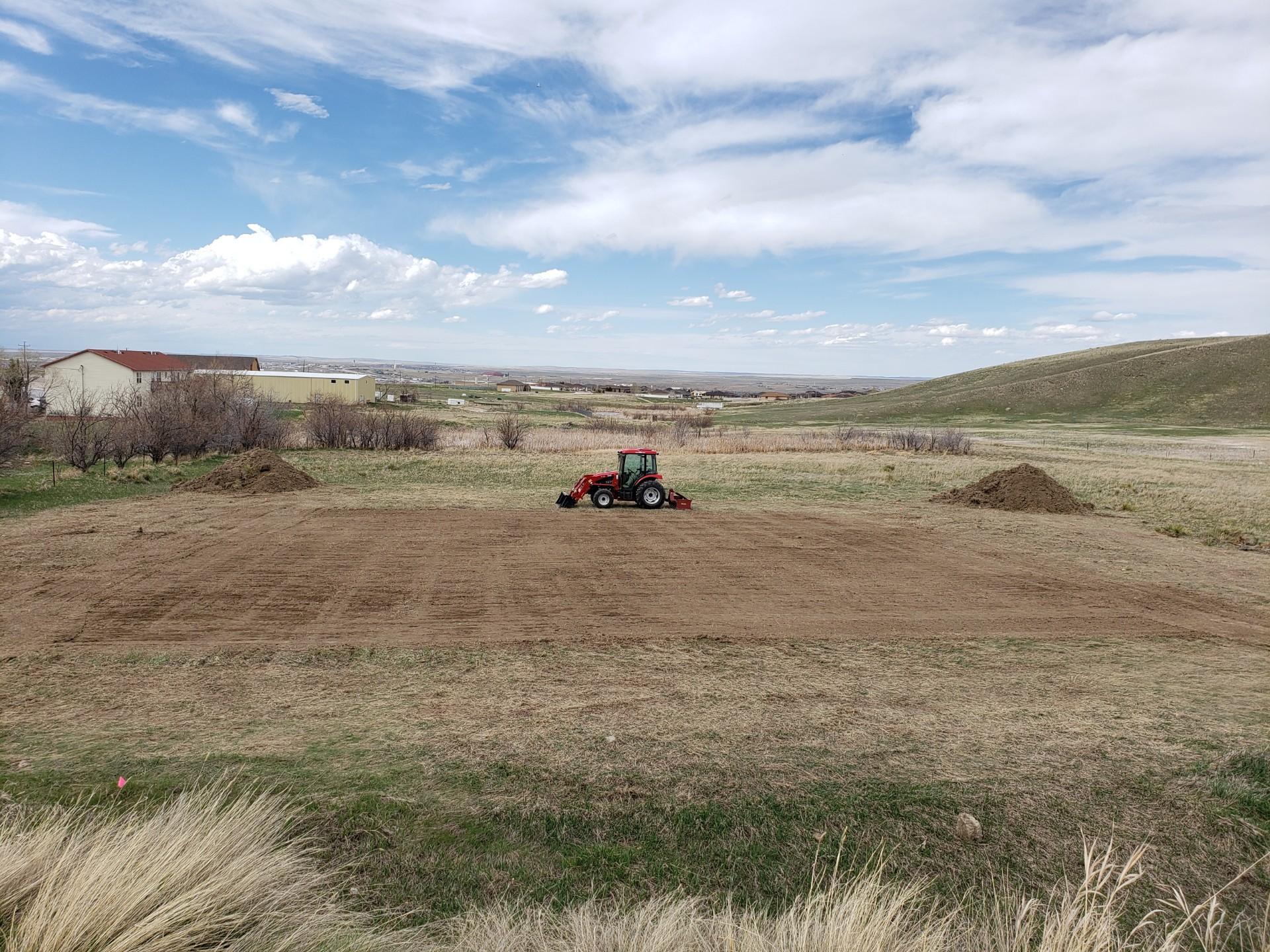 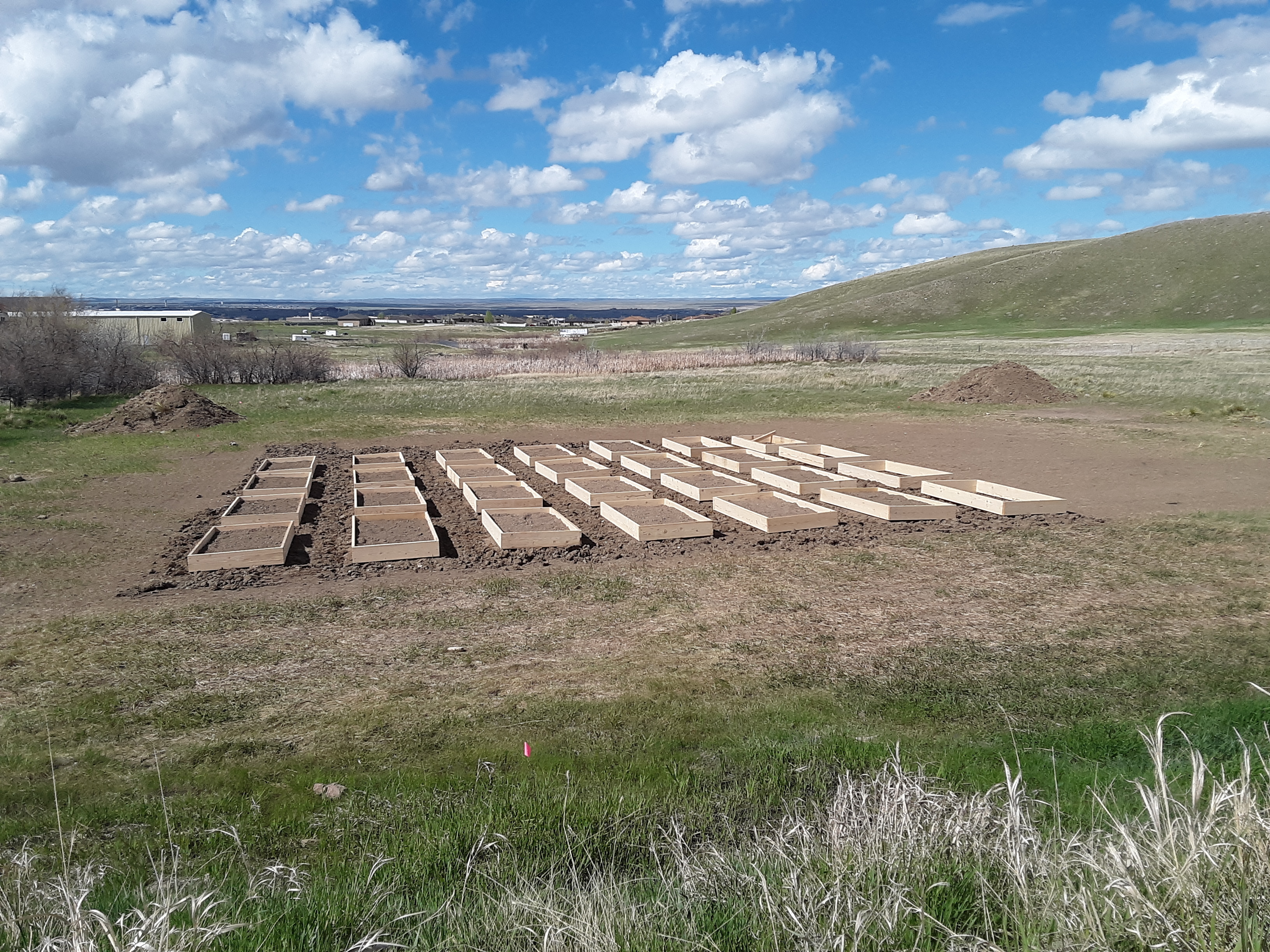 By late June, we had a thriving garden and the first green tomatoes. Our first cuttings of lettuce were also already in and delivered. 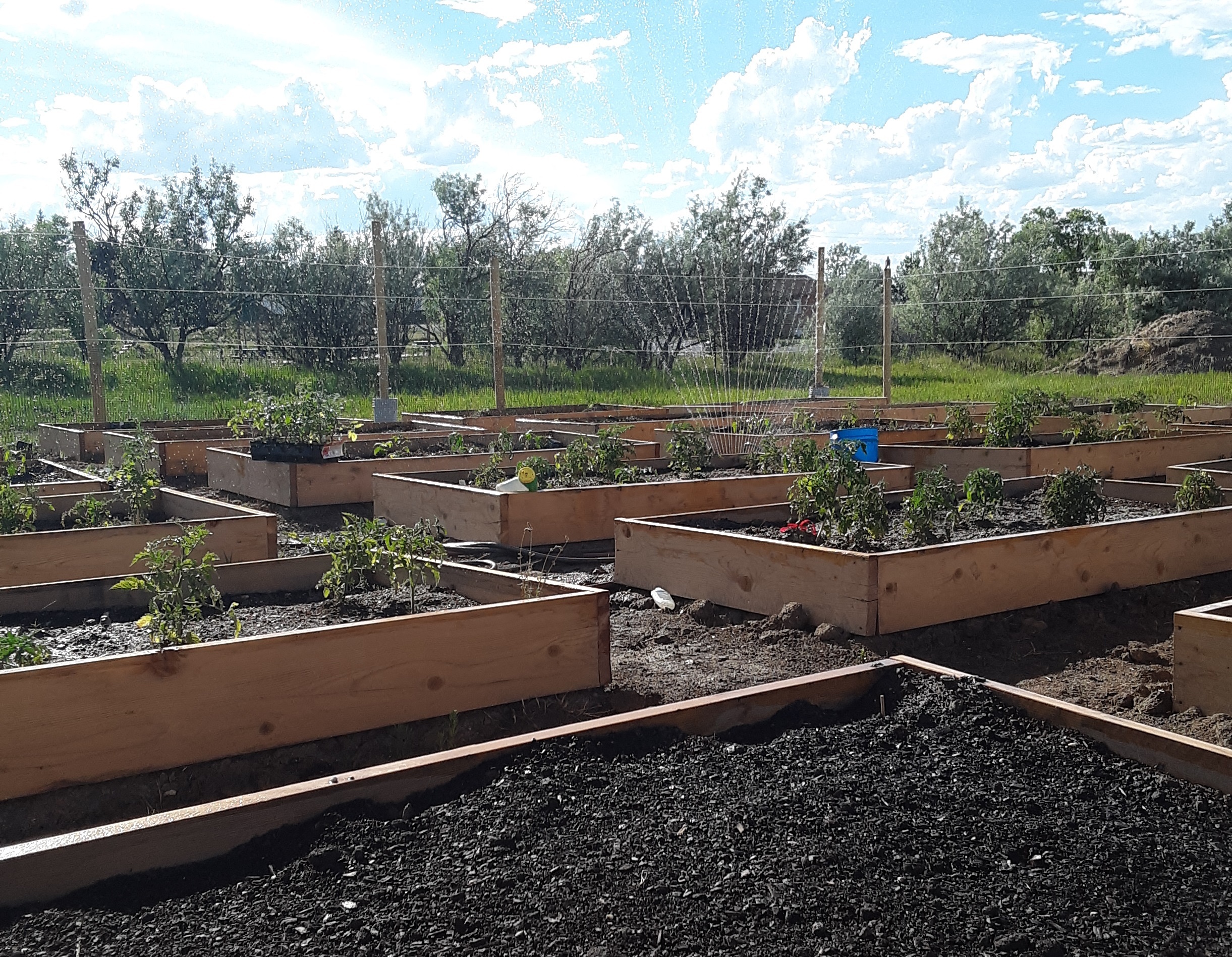 By mid July, the garden was producing produce that we delivered the Mission on an almost daily basis. This is just one of many many trays. 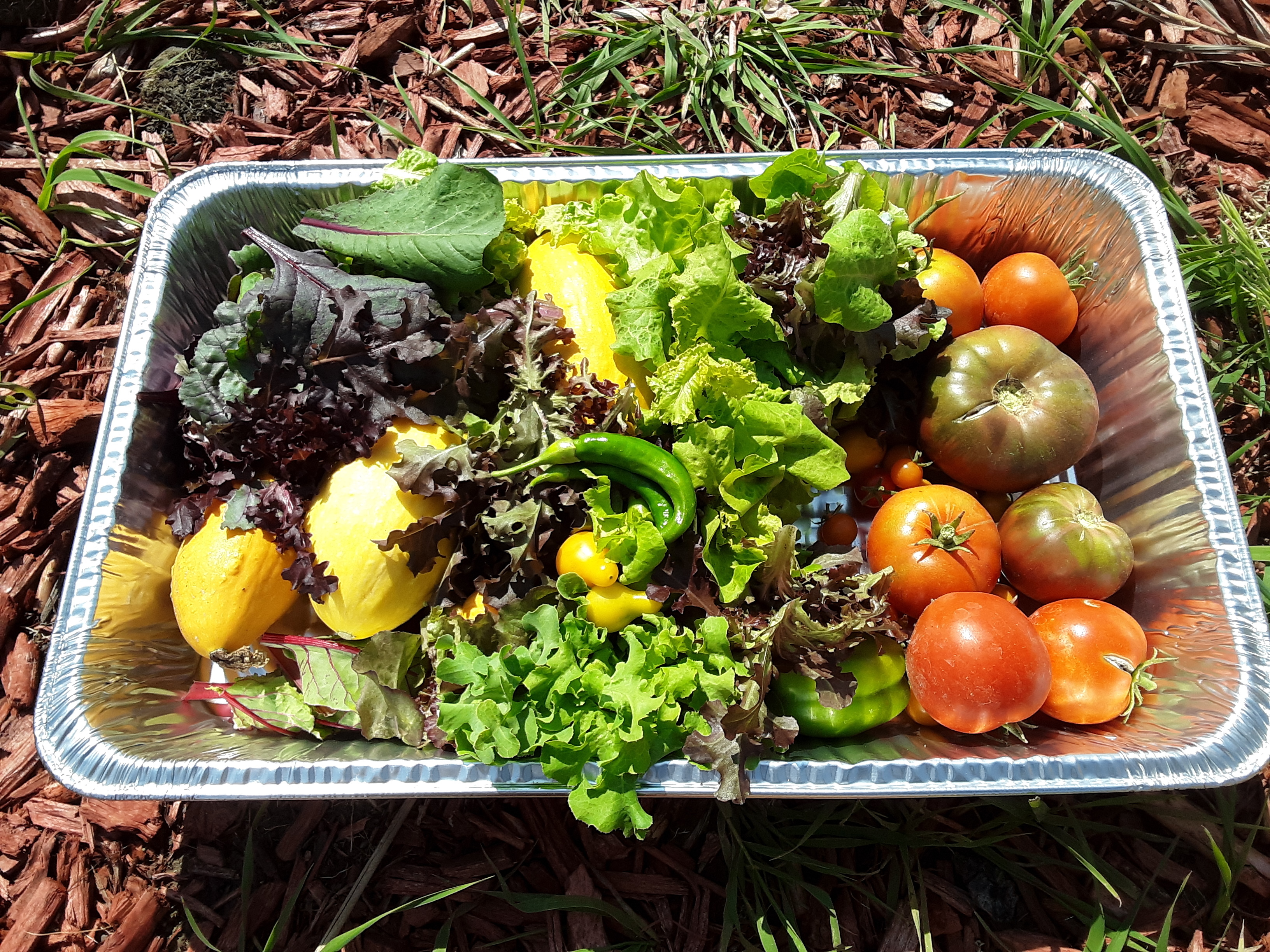 n late August, the Mission asked if we wanted their greenhouse. This greenhouse had been built on their site several years ago but, due to high turnover among those staying at the Mission and limited staff availability, it was never fully utilized. We enthusiastically said yes, with the idea that we could use it to grow produce for the Mission throughout the winter. By early September, we had the greenhouse disassembled and moved to the garden site. Now, we need to reassemble it and adapt it for our site. Donations to this campaign will underwrite this effort

The greenhouse is a 16 x 32 foot hoop house. It contains two large beds that provide almost 200 square feet of growing area. To adapt it to our site, we need to modify it to address two areas - water and heat. 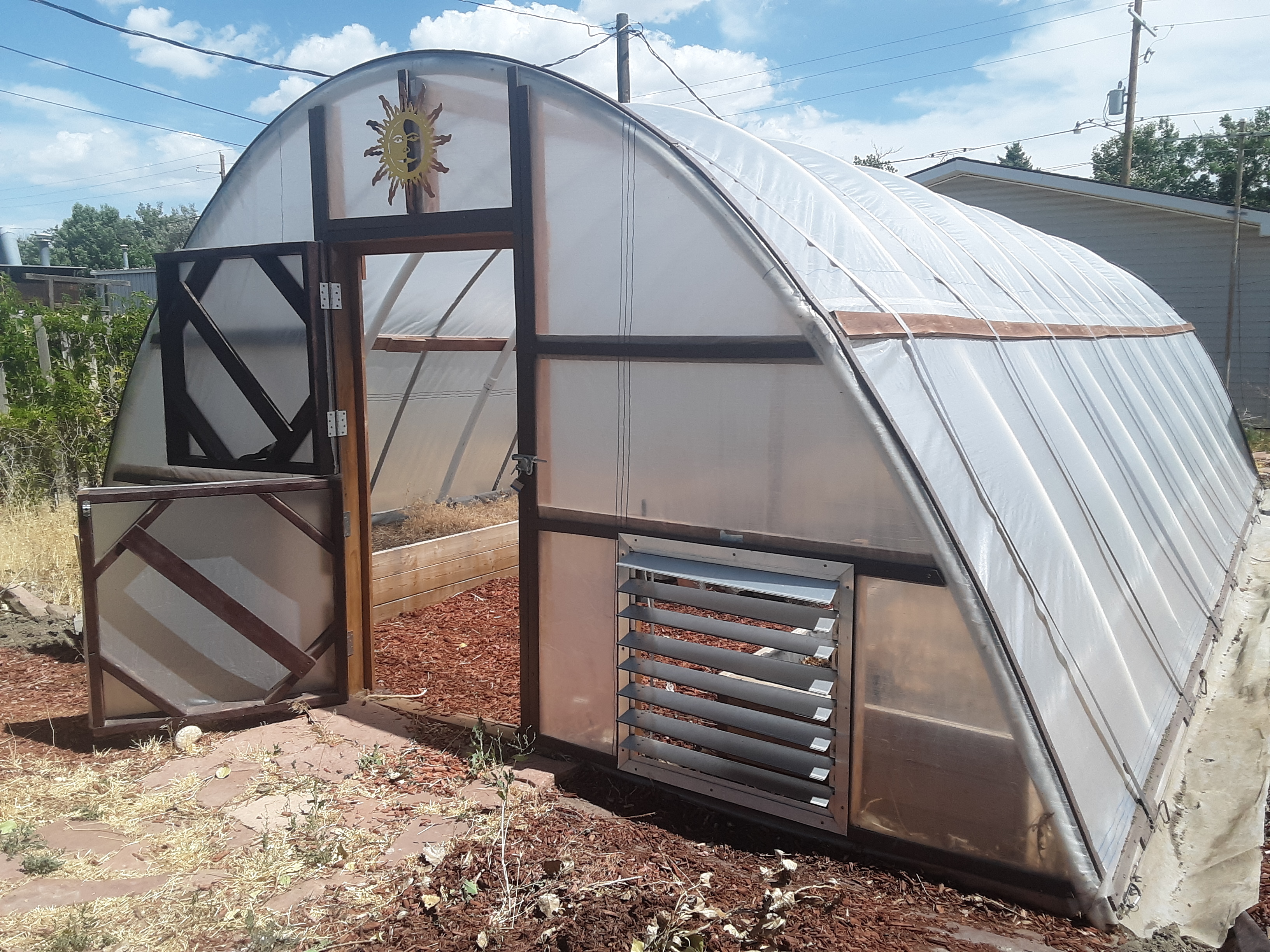 The greenhouse before being disassembled 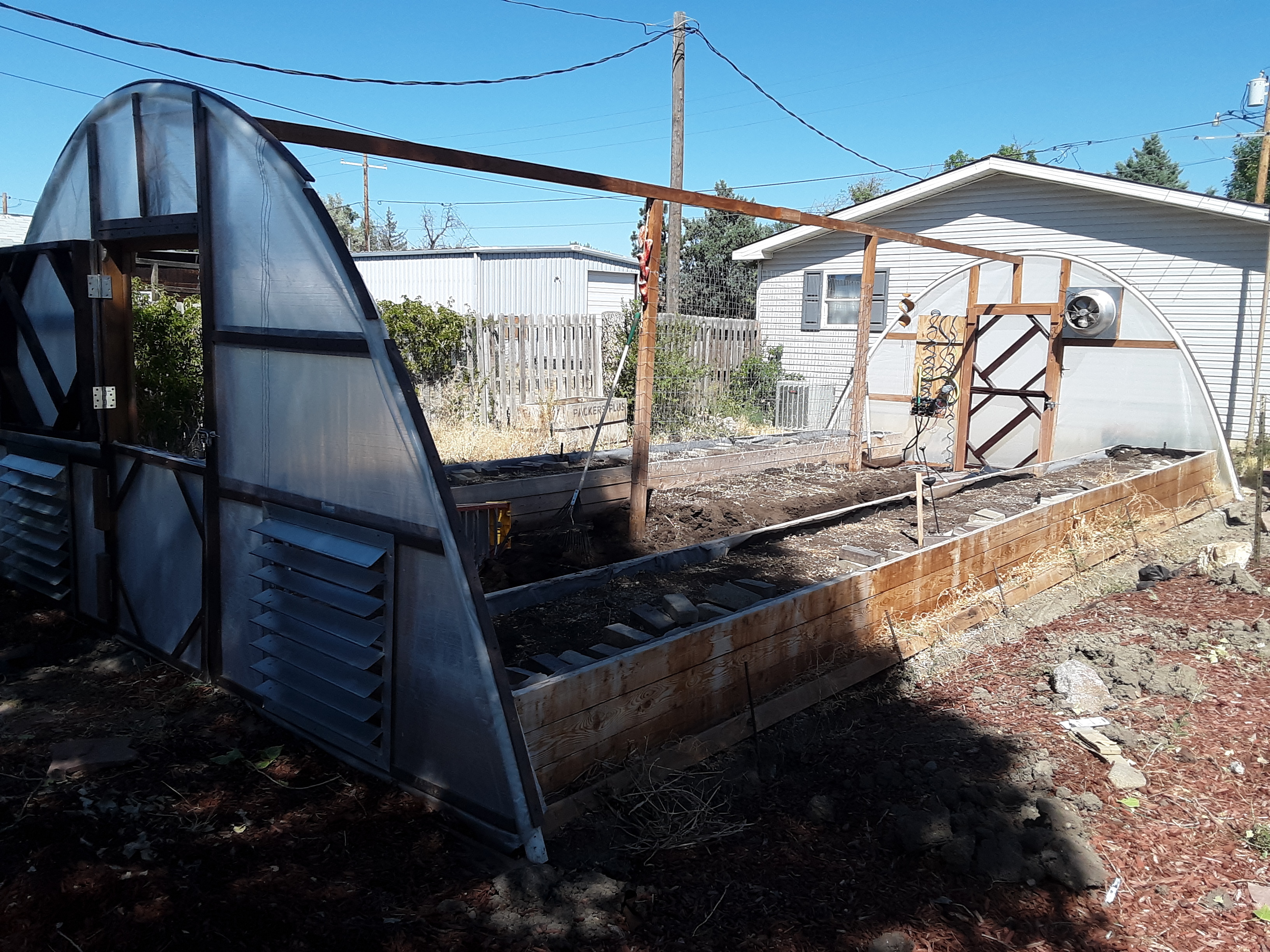 The greenhouse with the internal support and covering removed.

The first modification we need to address is water. The Mission where the greenhouse was originally located had access to city water. At the garden site where the greenhouse will be installed, we have access to city water through a metered connection to a fire hydrant. This is usable only during summer and fall, when temperatures remain above freezing. To provide water to the greenhouse during the winter, we will purchase three 275 gallon IBC tanks. Two will be placed in the greenhouse for water storage, stacked one on top of the other. The third will be placed in the back of a pickup. Periodically, as needed, the IBC container in the pickup will filled at a water fill station and the water transferred to the containers in the greenhouse. By stacking the containers, there will be adequate head pressure from the upper container to water the beds in the greenhouse. A hand pump will be installed to transfer water from the lower to the upper tank as needed. Though these totes are available used, to ensure that nothing toxic or harmful has ever been in them, we feel it safer to purchase them new. The cost of three new IBC containers, including shipping, will be about $1,400.

The second modification we need to address is heat. To heat the greenhouse, we  plan to build a rocket mass heater. Our garden site has no electricity, so a small rocket mass heater is the most efficient way to heat the greenhouse during the coldest days of Wyoming's winter. Though we don't plan on growing tomatoes in January, to maintain a safe growing temperature for cold tolerant crops like kale and spinach when the wind is blowing and its -25 outside will require that we provide heat to the greenhouse.What is a rocket mass heater? Think of a small, very efficient wood stove with an insulated combustion chamber surrounded by bricks, cinder blocks, soil or similar materials that adsorb heat from the stove. As the fuel in the stove is burned, the mass surrounding the stove heats up. Due to the volume of the mass, this mass holds a tremendous amount of heat which is then radiated slowly into the greenhouse, even long after the fuel in the combustion chamber is exhausted. This is what makes these heaters an extremely efficient way maintain a safe growing temperature in greenhouses, even on bitterly cold winter nights. The budget to build the rocket mass heater we envision for this greenhouse is $1,100. To make our heater more efficient and reduce material costs, the thermal mass this heater will heat up is the soil in the center of the greenhouse itself. The image below shows a cut away view of the heater designed for this greenhouse. 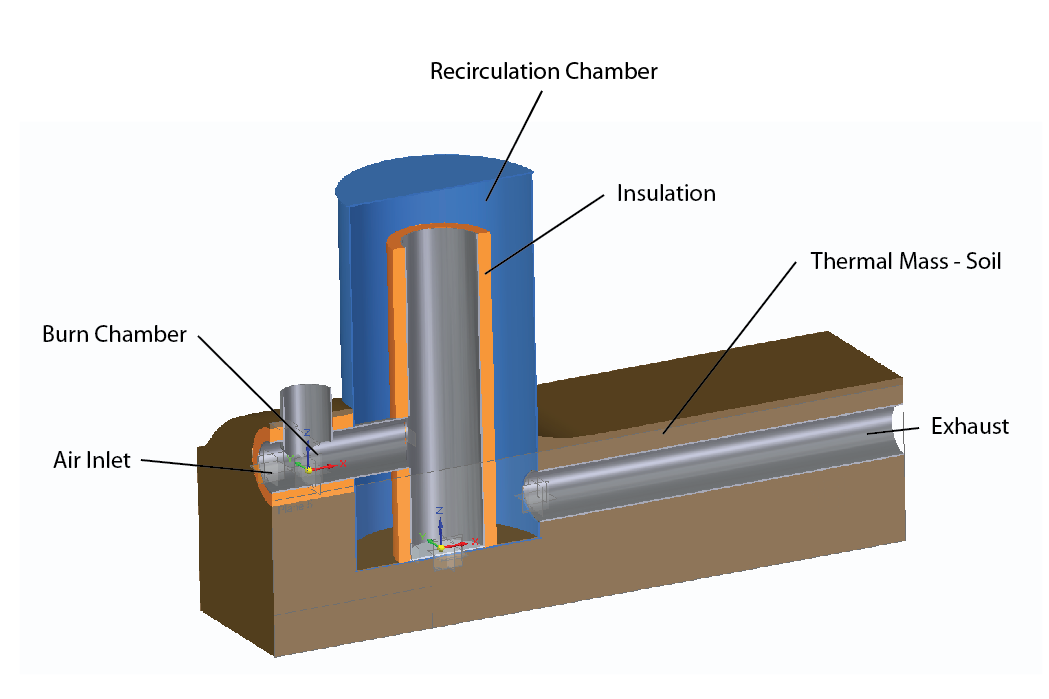 What Your Support Will Mean

Your support will make this project possible. We had an established project budget and funding that covered the cost of the garden we originally planned. We did not expect the donation of the greenhouse. Hence the reason for additional fundraising. Our goal is to have the greenhouse up by the end of September so that we can provide a winter growing season's worth of produce for the Mission. Your support will make this possible.

I know this is a bit uncommon for Fundly, but if you want to help support this project with an in-kind donation, we would appreciate this as well. If you have spare seeds, an old shovel, unused sprinklers, we can put all of this to good use and purpose - either in the greenhouse or our main garden. If you do want to support this project with an in-kind donation, please feel free to contact us. We would love to hear from you.

Our final thoughts are thank you for your consideration of this project and if you do choose to donate, know that we sincerely appreciate your support.