Each year, through kid-activated fundraising, the SCKGF raises money for the families of local children dealing with life-threatening illnesses or disabilities. 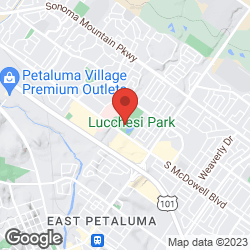 The 7th Annual Sonoma County Kids Gran Fondo will be taking place on Sunday, August 18th, 2019. Children from all over will have the chance to challenge themselves, choosing to ride a bike, walk, run, roller skate, skateboard, wheelchair etc. on one of 3 courses, including a 7 mile, 4 mile, or 1 mile route. Parents (strollers included) and dogs are also welcomed to accompany their kids!

The race is followed by an expo with fun activities for the kids, including carnival games and a STEM fair, presented by ThermoFisher Scientific!

We believe that it’s entirely possible to change the world - That an individual has the power to make a positive impact on endless lives - and we believe that compassion is the tool that makes all the difference. Through the Sonoma County Kids Gran Fondo, we’re encouraging kids to help other kids, and nurturing them to grow with open minds and compassionate hearts. It's fun, inclusive and educational, and above all else, we truly believe it makes a positive impact for children in need.

Each year, through kid-activated fundraising and the community effort of Petaluma and the surrounding area, the SCKGF raises money for local families of children dealing with life-threatening illnesses or disabilities- We call these brave kids our Heroes.

Keep checking in for updates and visit: www.socofondo.com for more info!

Thank you to everyone who has registered or donated through Fundly! Our Fundly campaign has now raised more than $1000 for Callie and Vaughn- plus the proceeds from Supporters Night Out- and there's still a week left until race day! Please share the Sonoma County Kids Gran Fondo with your friends and family to help us support our Heroes, and we hope to see you all on Sunday, August 18th!

Two year old Vaughn was diagnosed in utero with a congenital heart condition. He spent the first two weeks of his life in the NICU at UCSF Benioff Hospital. At three months old, his heart condition worsened and he had to be hospitalized again at UCSF and placed on cardiac medications to manage his illness. At four months of age, with a life-threatening condition, his care was transferred to Stanford Children's Hospital where he was put on a waiting list for a heart transplant. His family was told that it could take up to a year or more for him to receive a donor heart, and that he had to remain in the hospital during that time on IV medication to sustain his well-being, but on his nine month birthday, they were blessed with a donor heart and Vaughn was transplanted. Vaughn currently takes a plethora of medications to prevent his body from rejecting his new heart. This medication also suppresses his ability to fight common illnesses and viruses- as a result he has spent almost half of his life in the hospital. Most recently he was hospitalized for three months on isolation with norovirus. His mother, Amanda, was eight months pregnant during that hospitalization and subsequently gave birth while caring for him in the hospital. During this time, Amanda traveled back and forth the 180 miles round trip, sometimes twice a week, with a newborn and a toddler.

Vaughn currently receives physical, occupational, cognitive and speech therapies on a weekly basis. Because he was in a bed hooked up to machines and medications for five months while waiting for a new heart, his gross motor skills and speech were delayed, however, he is now almost caught up to his little twin brother, Vicente, who is younger by one minute. Additionally, Vaughn requires catheterizations every 4 weeks at Lucille Packard to detect heart rejection- fortunately, he has shown no signs of rejection!

Along with his twin brother, Vaughn’s family includes his 6-month old baby brother, Valen, his mother, who recently returned to a full-time position as a nurse, and his father, who left his job as a chef in San Francisco to care for their boys. Unfortunately, because of his compromised immune system, Vaughn has to avoid public places like preschool, the library, swimming, movies, Chuck E Cheese, and even church services, but he is the sweetest little boy- and a normal two year old! He loves cars, trains, and airplanes, his dog Pippa, and two cats, Lucy and Monkey. Vaughn is also a fantastic, joyful dancer!

Callie recently celebrated her 9th birthday, and has already experienced over 150 hospital admits in her life. Starting at just 4 months old, she has been diagnosed with multiple medical conditions including hereditary pancreatitis, and an as yet undiagnosed genetic disease that causes widespread neurological issues and organ involvement and severe pain. She is currently involved with a top hospital in genetic research and is hopeful they will figure it out soon!

Callie’s body doesn’t process and absorb nutrients well, so she had been Total Parenteral Nutrition (TPN) dependent for 7 years until 5 months ago when she had to be treated for fungal sepsis after a wire that was left in her during a line placement migrated through her heart- this lead to her being weaned onto J-Tube feeding. She is excited to be central line free and hopeful that will continue!

Callie has experienced many hardships, but she is one strong girl! You will usually find Callie smiling, even when she is hurting. Though she has been unable to attend school due to her frequent hospital admissions and low immune system, she loves going to dance and other activities with small class sizes. She is very social and loves everything girly and pink! Her favorite thing to do at home is to play with her sister Mikayla.

Callie is a returning Kids Gran Fondo Hero, and we are honored to be able to help her and her family again this year!

How Can You Help?

Tickets to the SCKGF Supporters Night Out are now available for purchase at http://www.eventbrite.com/e/sonoma-county-kids-gran-fondo-supporters-night-out-tickets-64631609885

Join us on Monday, July 22nd at Brewster's Beer Garden and Restaurant in Petaluma! Tickets include dinner, hosted bar from 6pm to 7pm, live music from The Highway Poets, and great raffle and silent auction items! All proceeds benefit our 2019 Heroes!

Remember to fundraise directly with your Fundly profile, or download the Pledge Form on our website at www.socofondo.com!

Once you have registered for the race, please visit www.socofondo.com for more information, including day of updates and packet pick-up!